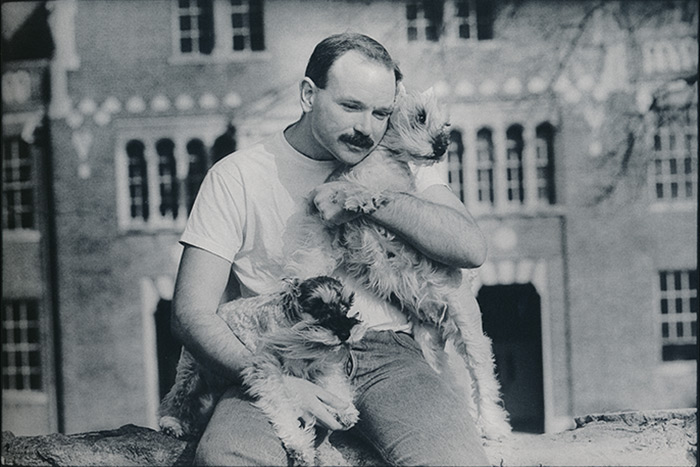 “Lots of times when I can’t stand the ‘human comedy’ anymore, I escape to someplace with my dogs. It’s always the best times, because they demand so little and give so much.” –Tom. Photographed by Billy Howard. 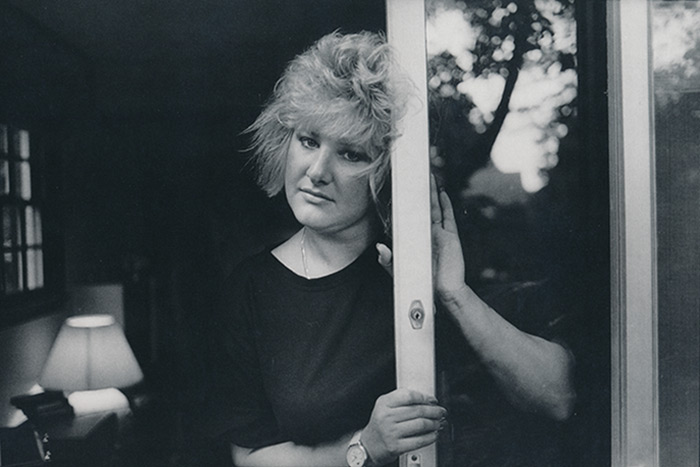 “It has been especially difficult for me being a woman. It is different. I’m afraid of some things, but not of life. I’ve finally been able to fulfill some of my dreams. Sometimes I feel like a little girl starting all over.” –Deb. Photographed by Billy Howard. 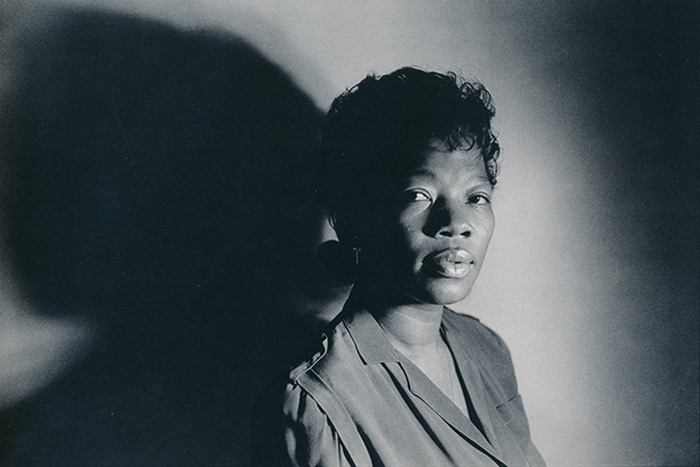 “I know my life has been shortened, but I still keep living my life as I was before. I put the fear and agony behind me now.” –Juanita. Photographed by Billy Howard.

Riveting images of people living with HIV/AIDS in the 1980s, taken by Atlanta-area photographer Billy Howard, are the basis of an exhibit opening June 15 at Emory University’s Robert W. Woodruff Library. A conversation with Howard is scheduled June 22.

“Billy Howard’s ‘Epitaphs for the Living’” will feature 17 photographs, each showing a person with HIV/AIDS—or their loved one—and a handwritten message from that person about living with the disease.

The exhibit in the Level 3 Corridor Gallery will include audio clips, accessible from the Woodruff Library exhibitions webpage with a mobile phone, which discuss the stories behind some of the photographs. Some of the photo subjects’ letters to Howard also will be exhibited.

The June 22 conversation with Howard will take place at 6:30 p.m. in the Jones Room on Level 3 of the Woodruff Library. The event is open to the public at no charge.

“Strength and determination are the qualities that come through these photographs,” says Randy Gue, curator of modern political and historical collections at the Stuart A. Rose Manuscript, Archives, and Rare Book Library, which is home to Howard’s photograph collection. He cites a letter from one photo subject to Howard that reads in part, “Ever the optimist, I plan on beginning graduate school (for a master’s in social work) next January.”

“Their stories may be stark, but what’s amazing is their resilience and their strength,” Gue says. “Yes, there is pain and some hopelessness, but the stories that they tell are not what you expect to hear.”

The Howard collection intersects with the Rose Library’s growing holdings that document Atlanta’s response to the early days of the HIV/AIDS crisis. They include the papers of Jesse R. Peel, Bruce Garner, David A. Lowe and Rebecca Ranson, and the records of AID Atlanta, the Atlanta Gay Men’s Chorus, the National Association of Black and White Men Together, Positive Impact, and the Southeastern Arts, Media, and Education Project (SAME).

Howard’s materials also complement the Rose Library’s photography collections focused on the topic of gender and sexuality, such as the photograph collections of Hugo Fernandes, Dianora Niccolini, Len Prince and Alli Royce Soble.

Howard began photographing people with HIV/AIDS in 1987, which became his book “Epitaphs for the Living: Words and Images in the Time of AIDS” (Southern Methodist University Press, 1989). At the time, there was no effective treatment for the disease—people diagnosed with it faced the likelihood of an agonizing death, as well as stigmatization, discrimination and isolation because of fears and misunderstandings of the disease.

Once Howard printed the portraits, he asked the individuals to write on them a message about living with—and dying from—HIV/AIDS. Together, Howard’s portraits and the subjects’ honest words gave distinct faces and voices to the harrowing statistics of the pandemic. (One of the photo subjects is still alive today.)

The rotunda entrance to the exhibit will focus on the HIV crisis today, including maps from AIDSVu, an interactive online map illustrating the prevalence of HIV in the United States. Created by the Center for AIDS Research at Emory University and Emory’s Rollins School of Public Health, AIDSVu features national, state, and local map views that explore different facets of the epidemic.

“The demographics of the disease today are very different from what you see in Howard’s photographs,” Gue says. “And the South is now the bullseye for the epidemic.”

Emory Student Health Services and the Office of Health Promotion, AIDSVu, and Emory librarians are contributing to the rotunda display.

Jesse R. Peel and the Joseph W. Blount Center for Health and Human Rights at Emory University’s Rollins School of Public Health are co-sponsoring the exhibit, which will run through late August 2017.

The Woodruff Library is located on the Emory campus at 540 Asbury Circle in Atlanta, 30322. Parking is available in the Fishburne deck.