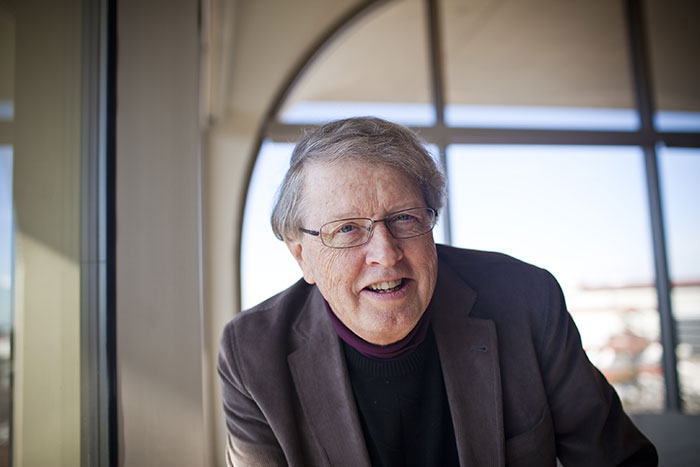 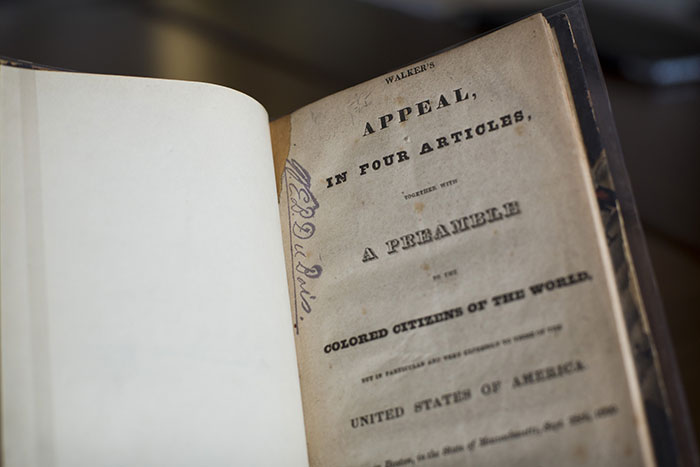 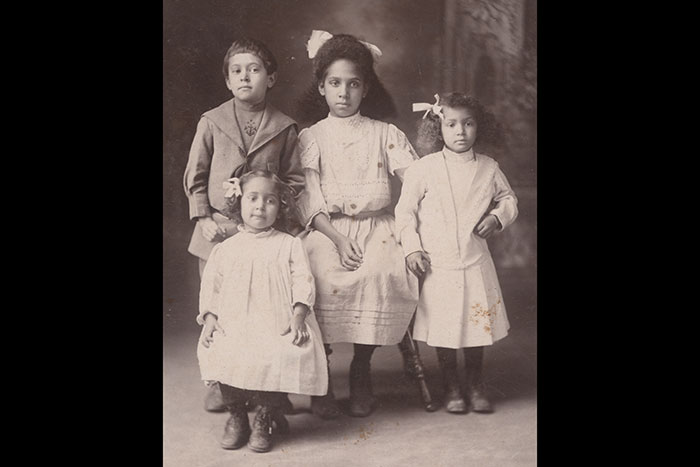 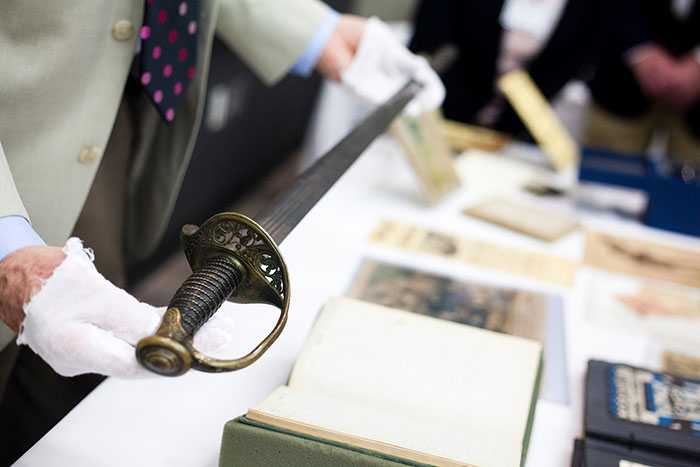 Randall Burkett holds a Confederate sword from the William H. Scott collection. Scott, a Union soldier and former slave, took the sword from a dead Confederate soldier during a lull in the Battle of Fredericksburg. Emory Photo/Video 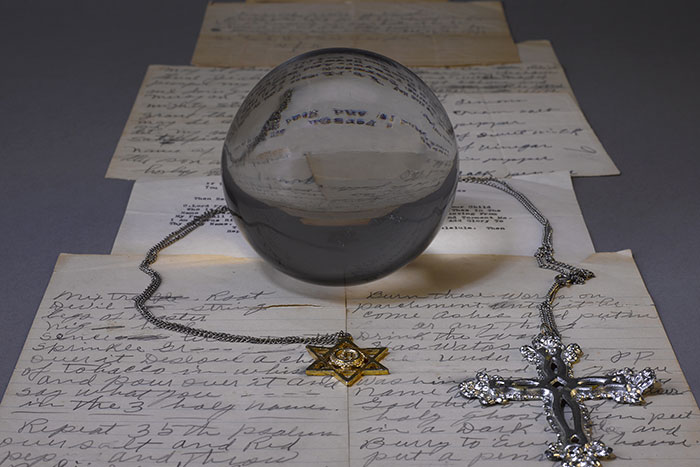 A crystal ball and a handwritten page of spells from the papers of Mamie Wade Avant, a fortune teller from Savannah, Georgia. Rose Library at Emory University. Credit: Paige Knight, Emory Libraries

“Building Emory’s African American Collections: Highlights from the Curatorial Career of Randall K. Burkett,” an exhibition opening Sept. 13 at Emory’s Woodruff Library, will feature treasures from collections and Burkett’s stories of their discovery and acquisition.

In his 21 years at Emory University, Randall K. Burkett has been a driving force in acquiring African American collections of rare books, manuscripts, serials, photographs and print ephemera for the Stuart A. Rose Manuscript, Archives, and Rare Book Library. A new exhibit, “Building Emory’s African American Collections: Highlights from the Curatorial Career of Randall K. Burkett,” opens Sept. 13 at Emory’s Woodruff Library, featuring treasures from those collections and Burkett’s stories of their discovery and acquisition.

“We have one of the most extensive archives of African American history and culture among major research universities,” Burkett says. "I've been fortunate to build relationships with wonderful people—authors, artists, leaders in their fields, and families—who were looking to place their papers with a library that would preserve them and open them to academic researchers and the public. And that place is the Rose Library at Emory.”

“Randall Burkett is the consummate curator—not only in his own collecting, but also in amassing Emory’s capstone collection of Black Print Culture, a field he helped pioneer,” says Kevin Young, director of the Schomburg Center for Research in Black Culture and University Distinguished Professor at Emory.

Young, former curator of literary collections at Emory’s Rose Library, says the impact of Burkett’s time at Emory “is matched only by his expertise and good humor, all of which have helped make the archives more diverse and inviting.”

Burkett played a key role in securing many important acquisitions, including the papers of Alice Walker and Pearl Cleage, historian Carter G. Woodson, the Southern Christian Leadership Conference, and the extraordinary gift by Camille Billops and James Hatch of their priceless collection of rare books, manuscripts, photographs and oral histories documenting the African American experience that would otherwise be lost to history.

Among the Rose Library materials highlighted in the exhibition:

“The Langmuir collection changed the trajectory of my teaching and my scholarship,” says Kimberly Wallace-Sanders, associate professor of American and African American Studies at Emory. “Sometimes my students pointed out details in the photographs that I had not noticed before and that was wonderful! Having unlimited access to the digital collection was an amazing experience for me as a researcher."

The Schatten Gallery is on Level 3 of the Woodruff Library, which is located on the Emory University campus at 540 Asbury Circle in Atlanta, 30322. Parking is available in the Fishburne deck.