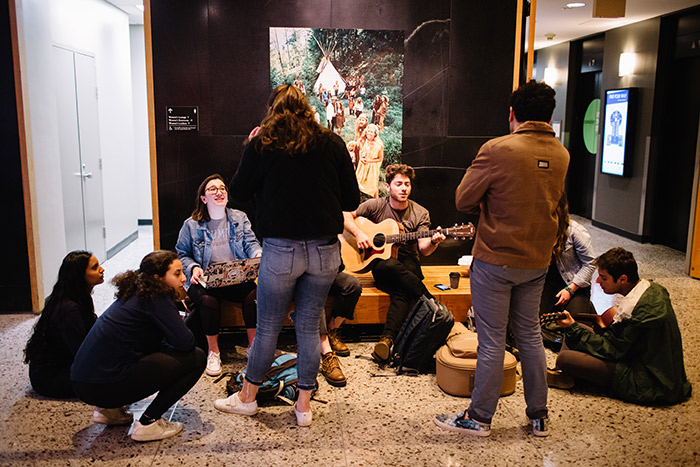 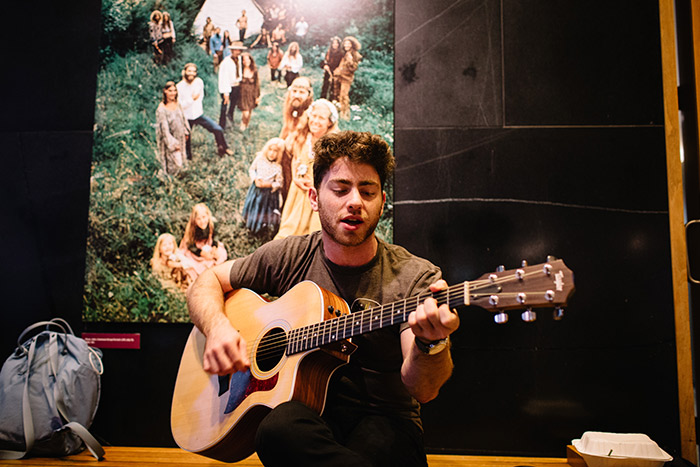 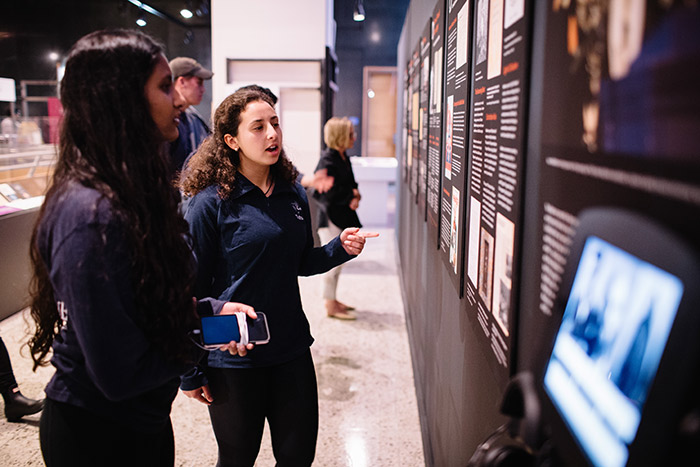 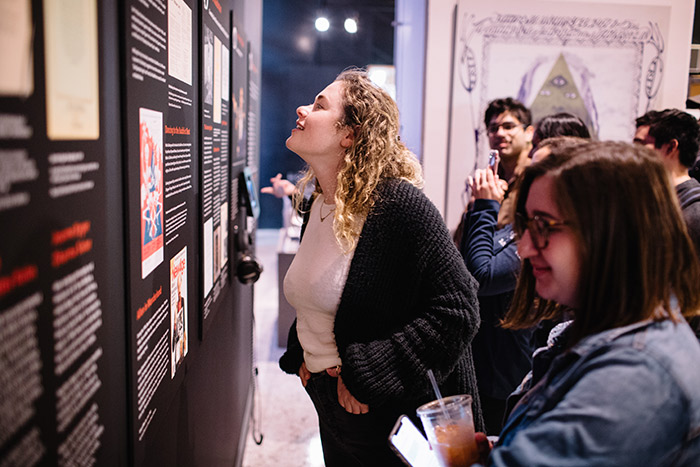 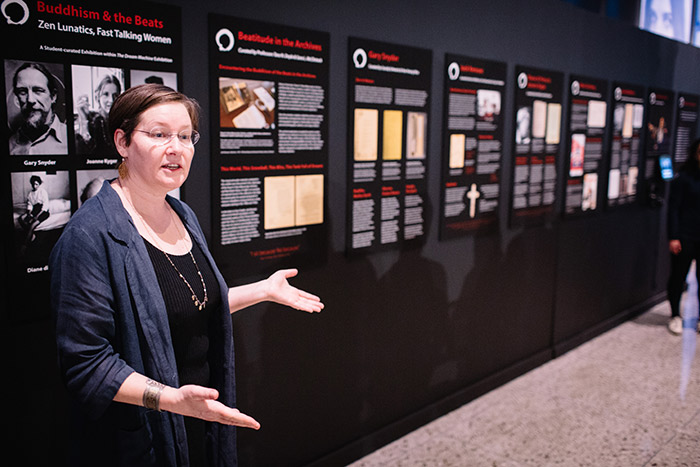 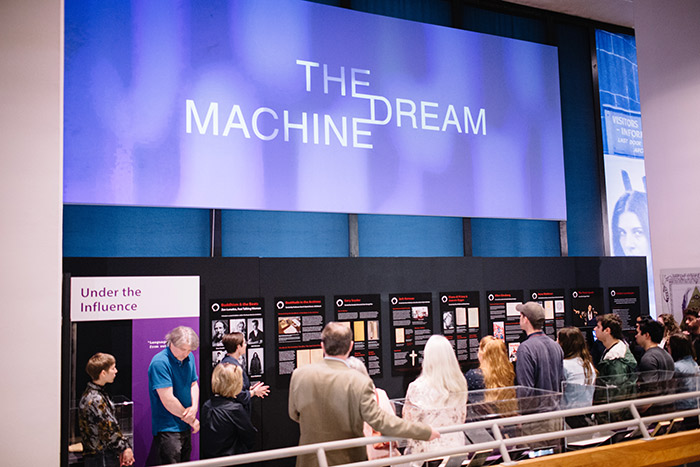 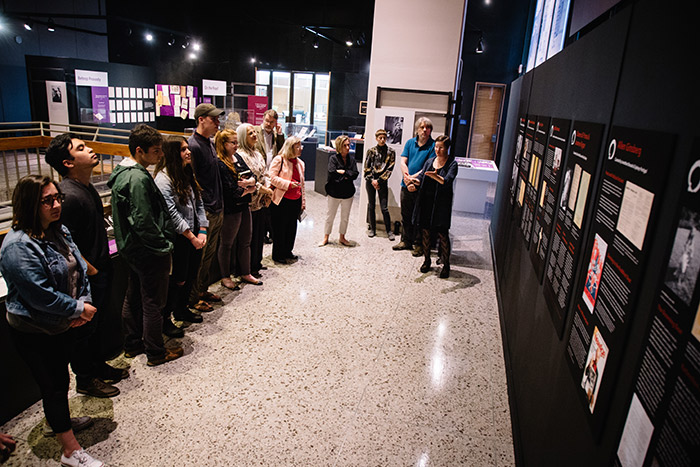 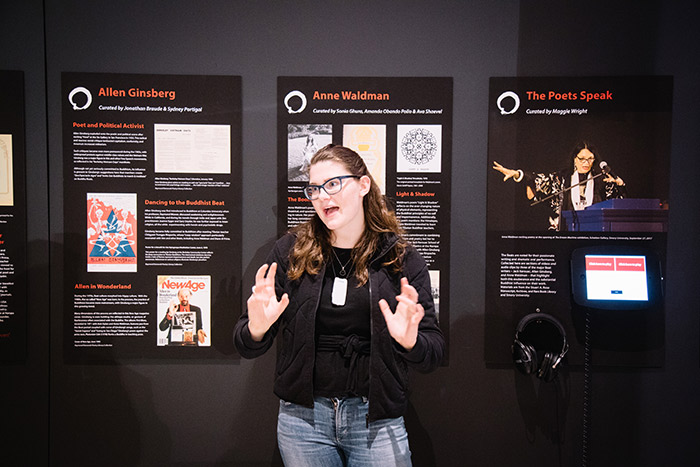 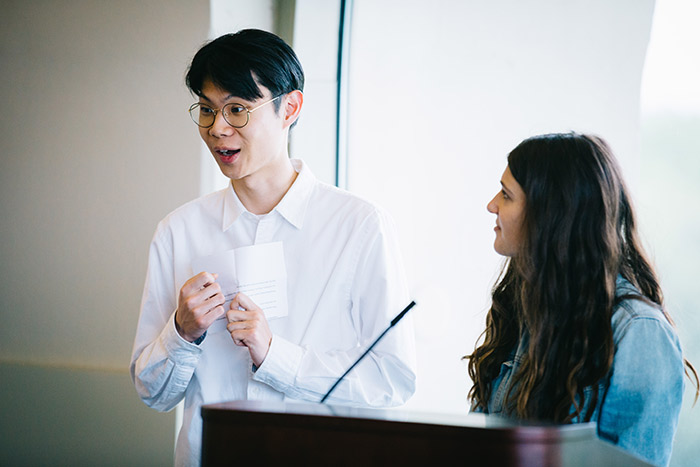 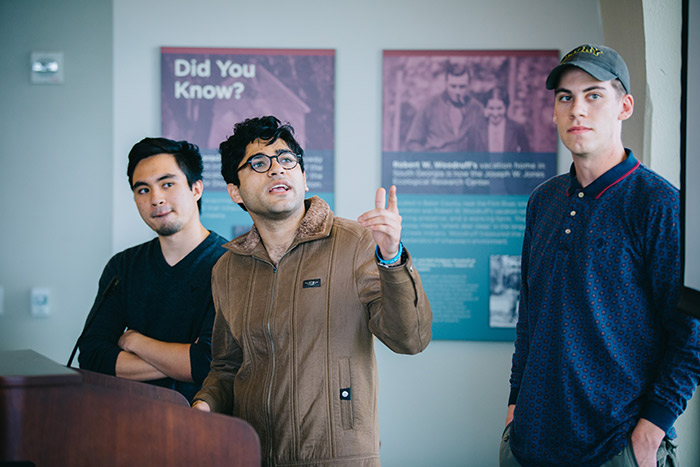 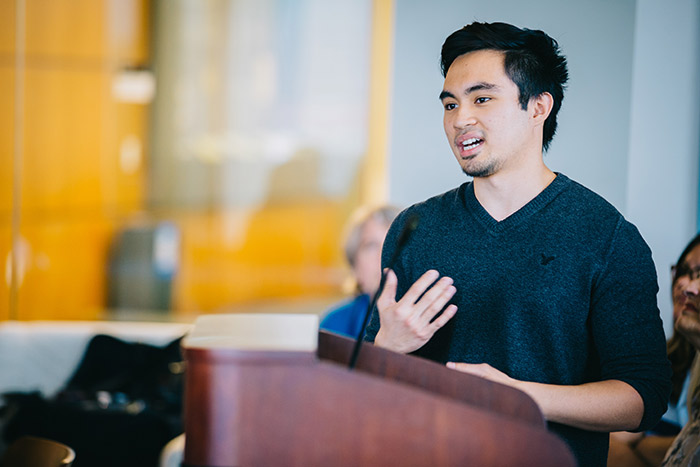 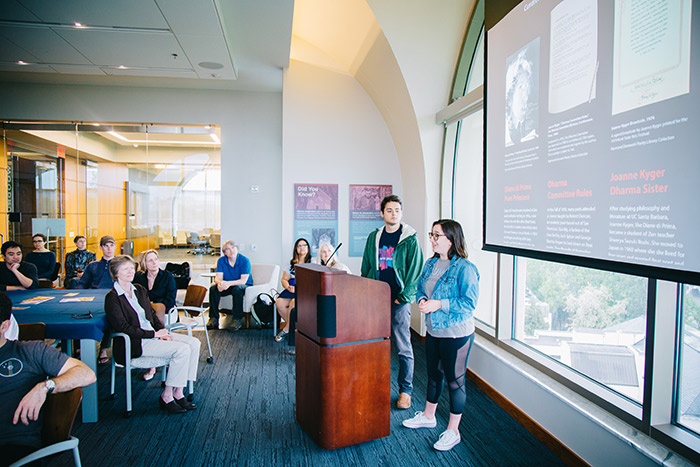 Students in an Emory undergraduate religion class used the archives of the Rose Library to create a pop-up exhibition on how Buddhism influenced the art and lives of members of the Beat literary movement. Emory Photo/Video

A major exhibit on Beat generation writers now includes material curated by undergraduate students, an example of the hands-on research made possible by Emory’s Stuart A. Rose Manuscript, Archives and Rare Book Library.

The Rose Library provides inspiration and learning for Emory’s students and instructors, as well as objects and artifacts for exhibitions on campus. During this past spring semester, the archives were integral to a religion class, “Modern Buddhism: Beat Poets and the American Counterculture,” taught by Tara N. Doyle and Sara McClintock.

Their students used the archives of the Rose Library for the course’s centerpiece assignment — a pop-up exhibition of six posters highlighting prominent members of the Beat literary movement and how their art and lives were influenced by Buddhism.

These posters were integrated into the main exhibition, “The Dream Machine: The Beat Generation & the Counterculture, 1940–1975,” at the Robert Woodruff Library, which can be seen in the Schatten Gallery through Sunday, June 17.

While “The Dream Machine” focuses on influential members of the postwar social and literary Beat movement and their writings, the class project added another dimension to the exhibition by using the Rose Library materials to explore these countercultural writers’ relationship to Buddhism, with the students discovering more rare artifacts in the archives as they researched this connection.

That research yielded broadsides, posters, poems in folders, haiku and snippets of poetry, newspaper clippings and even two exquisite artist books, all of which the students curated for the posters.

In a presentation to the class, the students talked about what it was like to work in the archives:

Leading and learning in Emory’s archives

Doyle, senior lecturer in religion, and McClintock, associate professor of religion, decided to make archival research a focus of their class after attending a reception at the Rose Library in 2017, where a presentation showed a layout of the Schatten Gallery as planned for “The Dream Machine” exhibition, which featured a number of items, including Kerouac’s backpack.

“Dream” curator Aaron Goldsman told faculty at the reception that there’s so much material available that for every piece marked for exhibition, there were 10 pieces that easily could have been put on display.

When Goldsman noted that the library encourages professors to bring students to the exhibit and into the archives to view even more of the materials, “Sara and I looked at each other and said almost in unison, ‘Let’s do a course on Buddhism and the Beats!’” Doyle recalled.

“We were really intrigued with this idea of doing something with an exhibit and something in the archives,” McClintock said. “Neither of us are really archivists. Tara’s more of a field worker and anthropologist. And I am more of a philosopher who works with ancient texts. But we felt by combining our experience and expertise, we would be able to lead a course and to learn.”

McClintock and Doyle described their experience as a “communal enterprise with help from a lot of people from Rose Library,” including the design team, exhibition team and curators.

Other supporters included Gary Laderman, chair of the Department of Religion and co-sponsor of the exhibit; Rosemary Magee, director emerita of the Rose Library; and Leslie Wingate, campus and community relations for Library and Information Technology Services.