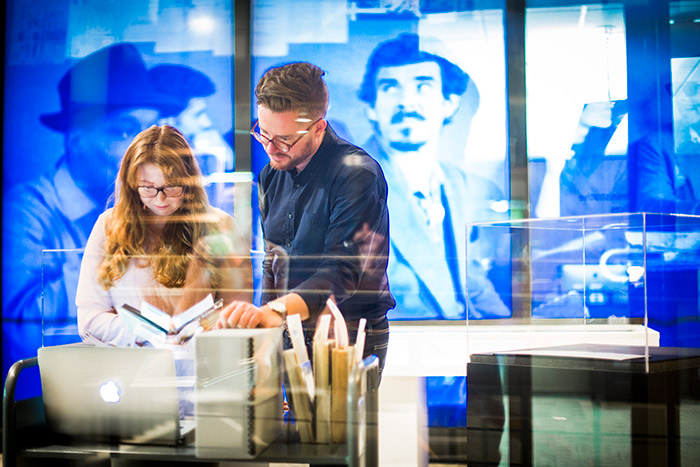 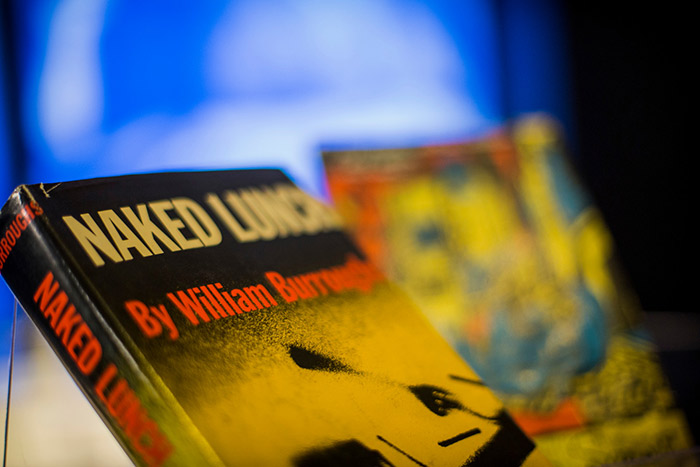 A first edition copy of William S. Burroughs' landmark Beat novel, "Naked Lunch," which was banned in Boston for obscenity when it was published in 1959. Emory Photo/Video 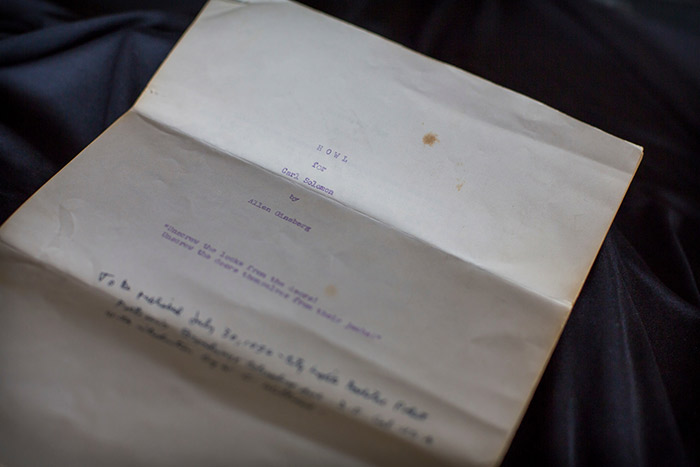 The very first edition of Allen Ginsberg's "Howl." This extremely rare copy is one of only 25 printed on May 16, 1956 for the poet's close friends using a Ditto machine. Emory Photo/Video 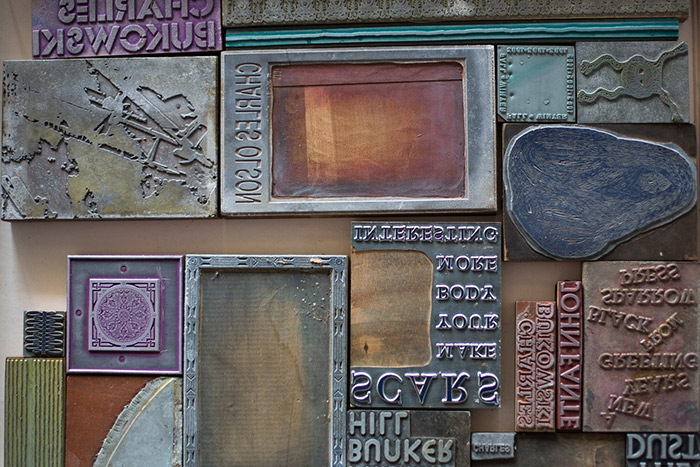 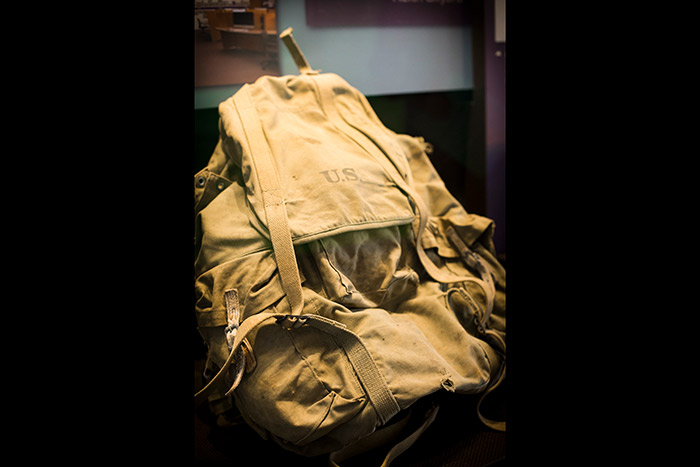 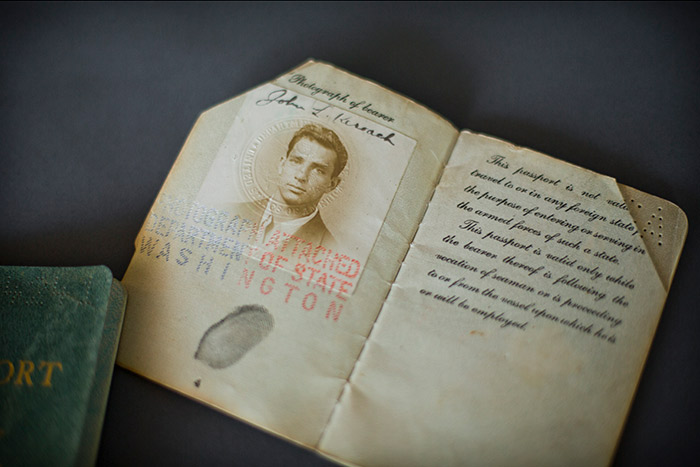 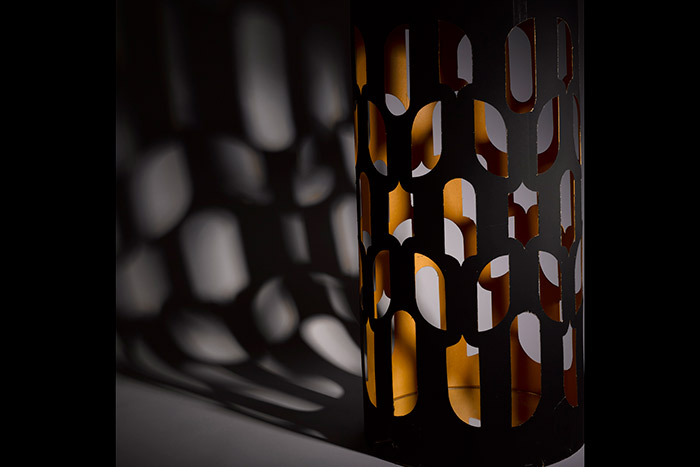 The Rose Library has an original Dreamachine, built by Bryon Gysin around 1960, which will be displayed in the exhibition, “The Dream Machine: The Beat Generation & the Counterculture, 1940-1975.” Image: Paige Knight, Emory Libraries at Emory University.

On the web with Kerouac and the Beats: What's in an anthology? (Emory Center for Digital Scholarship)

The following events are open to the public at no charge:

‌• A group reading of “Howl” is planned for early November, with details to be announced.

Please register for the September events at this link: http://engage.emory.edu/beats.

An exhibition celebrating the contributions of the writers, poets and artists of America’s Beat Generation debuts this month at Emory University.

“The Dream Machine: The Beat Generation & the Counterculture, 1940–1975,” which opens Sept. 28 in the Schatten Gallery at Emory’s Woodruff Library, draws from collections in the Stuart A. Rose Manuscript, Archives and Rare Book Library. Related events, open to the public at no charge, include three events with Beat poet Anne Waldman (registration requested).

The Beat Generation emerged as a key part of the U.S. counterculture in the years following World War II. The exhibition showcases the Beat spirit of exploration and experimentation around practicing politics, making art and building community.

“The Rose Library has many important and exceedingly rare materials that will be featured in this exhibition, and we’ll be making upcoming announcements about some recent, very special acquisitions,” says Rose Library Director Rosemary M. Magee. “The Beat Generation moves us beyond a literary movement to a significant historical moment, one that still speaks to us.”

Materials on display will include photographs, correspondence, first editions of seminal works and early poem and prose drafts. Some of the materials are from the Rose Library’s Raymond Danowski Poetry Library, a significant collection of 20th century English-language poetry and literature. The Rose Library also holds several collections of Jack Kerouac materials.

The exhibition was co-curated by English PhD candidates Aaron Goldsman and Sarah Harsh, who is also a Woodruff Fellow. Poet Kevin Young, former Rose Library curator of literary collections and of the Danowski Poetry Library, provided curatorial oversight; Young, who is an Emory University Distinguished Professor, is now director of the Schomburg Center for Research in Black Culture in New York City.

An original Dreamachine from the Rose Library collections, which was built around 1960 by writer and artist Brion Gysin, will be displayed in the rotunda at the entrance to the exhibition. Made of a paper tube with cutouts of slits and designs, it spun on a record turntable with a light in the middle, which created a strobe-light effect. When a person sat very close to it with their eyes closed, the play of light through the eyelids induced a dream-like state.

“Unfortunately, the original Dreamachine is not in a state to be used,” Goldsman says. Video of a working replica of the machine, built by John Klingler of the Emory Libraries exhibitions team with assistance from Julie Newton of the preservation team, will be displayed near the original. The replica will be available for use at special events. (Those prone to seizures and migraines should avoid the Dreamachine when it is in use due to the strobe effect, as will be noted by appropriate signage.)

Though the Beat Generation is usually identified with three writers – Jack Kerouac, Allen Ginsberg and William S. Burroughs – there were many others who had an impact on the movement. The exhibition will include writers and artists such as Gysin, Helen Adam, Wallace Berman, Gregory Corso, Diane Di Prima, Lawrence Ferlinghetti, LeRoi Jones (Amiri Baraka), Bob Kaufman, Joanne Kyger, Jack Spicer, Laura Ulewicz and Anne Waldman, all of whom played instrumental roles as part of the Beat Generation.

“It was a diverse group of people in this movement, united despite their differences by a commitment to radical experimentation and resistance to the mainstream,” Goldsman says. “There were women writing, there were people of color writing. We really want to tell their stories as well.”

“And by featuring significant Beat figures like Jack Kerouac alongside lesser-known countercultural writers like Laura Ulewicz, we aim to showcase the range of postwar American poetry,” Harsh adds.

Inspired by the Beats’ pursuit of exploration, the library exhibitions team has developed new ways of displaying materials in the show, says Kathy Dixson, library exhibitions manager. For example, some graphics in the Schatten Gallery will be hung from open metal frames rather than mounted on cloth-covered walls. The “Rogues’ Gallery,” featuring photographs of more than 20 Beat writers in the Corridor Gallery, will be an interactive space; the photos can be flipped over to show the writers’ biographies and famous quotes.

“It was a lot of fun to stretch our creative muscles and come up with different approaches to reflect the sense of experimentation that the Beat writers embraced,” Dixson says.

Among the items on display that are the highlights of the exhibition:

An online companion exhibition will be built by students in a Beats class Goldsman will teach during the fall semester. Check http://emorylib.info/exhibitions to see when the link becomes active.

“This is an exhibition that looks at the power of literature to change our perceptions and to influence our culture. Thus it will have an impact that is multigenerational and cross-disciplinary. All are invited to study, peruse and to be inspired by such creative energy,” Magee adds.

The exhibition will run through May 15, 2018, in the Schatten and Corridor galleries on Level 3 of the Woodruff Library, which is located on the Emory campus at 540 Asbury Circle in Atlanta, 30322. Parking is available in the Fishburne deck.