Emory grads poised for musical breakthrough as The Shadowboxers 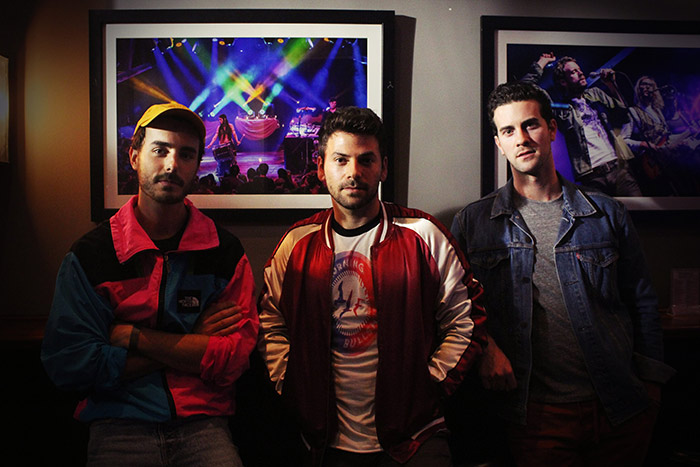 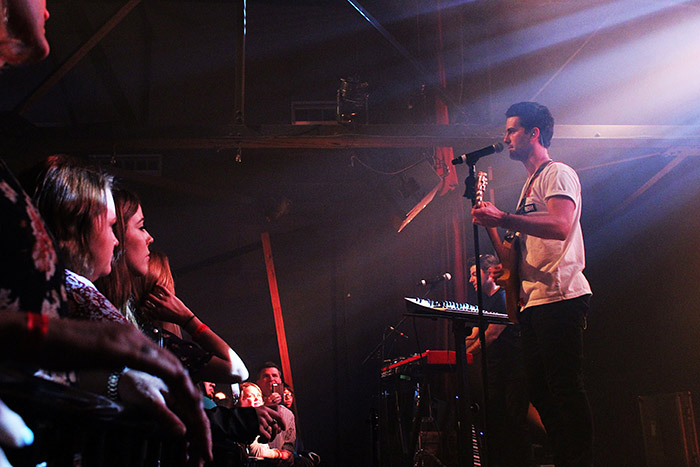 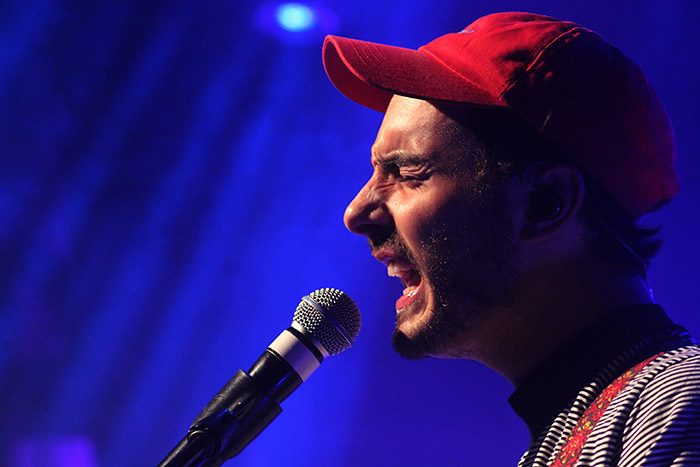 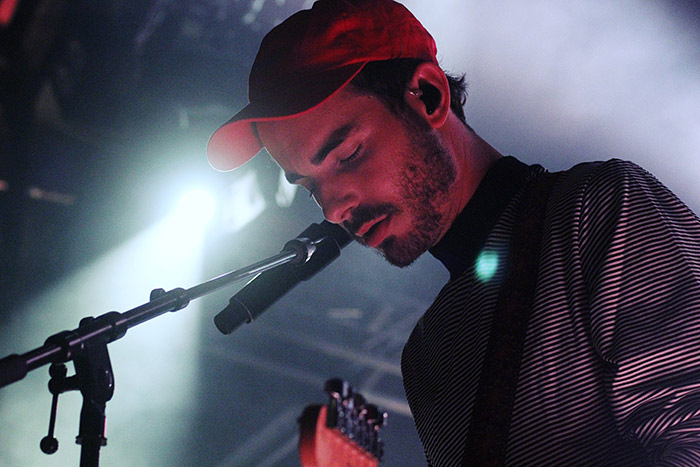 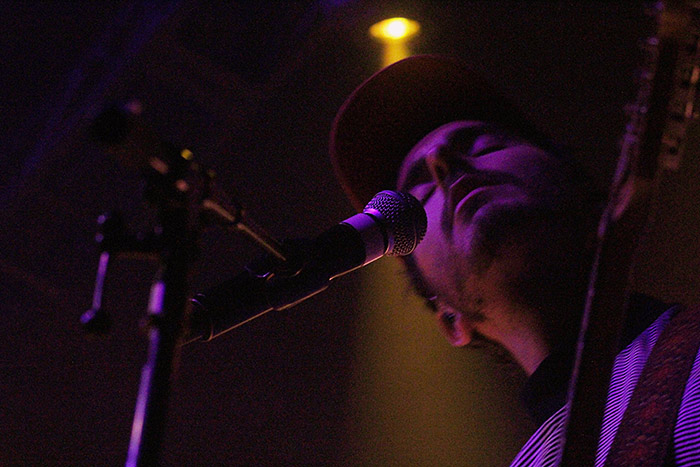 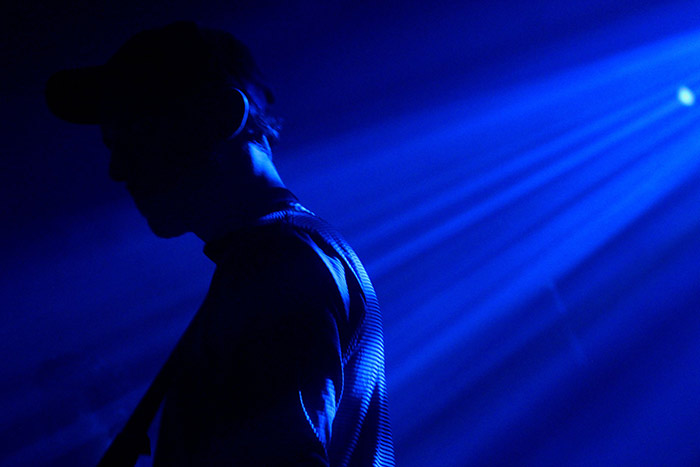 Adam Hoffman, Matt Lipkins and Scott Tyler started performing together as Emory sophomores. Nearly 10 years later, The Shadowboxers, shown here at their recent concert in Atlanta, are signed to Justin Timberlake’s Villa 40 artist development company, with a new single out and more music on the way. Photos by Loli Lucaciu.

In 2008, three Emory sophomores took a shared passion for music and decided to form a band. That same year, the trio of Adam Hoffman, Matt Lipkins and Scott Tyler, newly christened The Shadowboxers, entered the first annual Emory Arts Competition and won. They took their $3,000 in prize money and purchased new equipment, effectively launching their careers as professional musicians.

Today, nearly 10 years since they wrote their first song, The Shadowboxers are producing music with input from mentor Justin Timberlake and find themselves on the cusp of releasing what they believe will be career-changing music.

Loli Lucaciu, Arts Fellow with Emory’s Center for Creativity and Arts, talked with Hoffman, Lipkins and Tyler backstage before their recent concert at Terminal West in Atlanta to learn more about their time at Emory and how they envision the future of The Shadowboxers.

Describe yourselves and your musical beginnings.

Scott Tyler: At the beginning of our sophomore year, we started playing together. We ended up winning the Emory Arts Competition, which gave us a certain credibility on campus. The money that we won helped us buy equipment, the last of which we sold only six months ago.

The win was huge for us because it allowed us to sharpen our tools and get better. Since we were the only band on campus, anyone who wanted music called us. It was easy for us to get those hours of experience and exposure accumulated.

We started playing at Eddie’s Attic and at Smith’s Olde Bar. We sent press kits to all the venues in Atlanta and they all said no to us. Then we met Emily Saliers, one of the Indigo Girls (who also went to Emory). Emily liked how we sounded, so we signed with her manager and went on tour with the Indigo Girls. We graduated in May 2011 and left for the tour June 1, 2011. We were opening shows for them nationwide. By the second year, we were their opening band and their backing band.

What’s it like to be on tour for so long?

Adam Hoffman: When we first started, there were no cons at all, it was all fun. Right out of college and you’re on the road, traveling the country — that’s the dream. Now being six years in, it’s obviously different. I have a wife and we all have families and close friends. Being away is tough, but it’s not only part of the job, it is the job. Especially now, with the industry being the way it is, touring is the most imperative thing. Being away from family and friends sucks, but every night being on stage, that’s what’s all about. That makes up for it tenfold.

Tyler: The cool thing with being a band that started in college is that the friends you acquire in college disperse. We have a ton of people from Emory who are scattered all across the country and come to support us every time we hit the stage. It’s great.

Hoffman: One of the coolest things for us is when we get asked to play for an event. We played for a birthday party in Gstaad, Switzerland, and the prince of Monaco was there.

Tyler: Someone flew us to Stockholm for 36 hours because they wanted us to play for a Spotify party at the headquarters. We’ve gotten a lot of cool opportunities and it fills our cup when it gets tiring. We’ve played for a Muhammad Ali charity event, we played in front of Harrison Ford who was sitting in the front row. A lot of things like that happen interspersed throughout our touring life — they serve to remind us that this is so fun.

Do you ever feel disbelief at how far you’ve come?

Hoffman: Of course, especially when we come back to play in Atlanta and we’re on stage. We started six miles from here in a dorm room. Even with the success we’ve had, playing in Atlanta is an awesome reminder that as hard as this industry is, we’re still growing and we continue to progress.

Tyler: One of our strengths as a band, maybe one of our weaknesses also, is that we are keeping our gaze forward, looking at what still needs to be done. Coming back to Atlanta is one of those few times when we turn around and see the path travelled already, and see there’s a lot to be proud of.

What are some of your memories from your time at Emory?

Hoffman: Our first practices were in the Schwartz Center. We would carry tons of gear up to the second floor and we’d practice until late at night. We majored in philosophy, psychology and business, but some of us had minors in music so we could use the practice rooms.

Tyler: I was taking some jazz improvisation classes and jazz theory classes with Gary Motley and Dwight Andrews — [what they taught me] is stuff I use today.

Lipkins: I was in a really impressive theater program at my high school; it was this really extensive dance, music and theater program. But when I got to Emory, I had the best theater experience because they integrated professional actors from the Atlanta scene into this play that was directed by the head of the theater department in this beautiful black box theater. It was the best acting experience I’ve had in my whole life.

Hoffman: My freshman year I accidentally enrolled in a class with Natasha Tretheway [director of creative writing at the time]. I had no idea who she was when I got there, and someone was like “I don’t believe we are all here,” and I was like “what’s going on?” She had just won the Pulitzer Prize. That class changed my life — I was pre-med and I immediately dropped all that and took creative writing classes the rest of my time at Emory.

We lived in an off-campus house. It was the three of us plus one roommate who was an actor, another was a filmmaker. In one room someone would be editing film, we would be rehearsing in the basement or mixing music in another room. All Emory kids.

Tyler: Don’t forget the two accountants [they all laugh]. They loved music.

What’s coming up for you as a band?

Lipkins: We spent the summer recording a bunch of music. In June we had a breakthrough. We realized “oh, this all sounds cohesive.” When you have a band with three people who all write, it can take a long time to find the center of that Venn diagram. I think we finally did this summer.

We were excited to have Justin Timberlake involved. We ended up in New York at the same time and it was the dream scenario. He was mixing his record two blocks away and he would come over every day and provide creative input. After he left, we’d work on more music. That’s how we worked for almost two weeks.

Tyler: After we finished up with the Indigo Girls, we did a couple covers that we posted on the internet. One of them was a Justin cover and he found it. He reached out to us and met us when he was coming through Atlanta on his tour. That was maybe three years ago.

We’ve got this whole arsenal of songs that we just recorded with Justin and another producer, K-KOV, who’s young and hungry like us. The two of them co-produced us in the studio. We released the first song a month ago; it’s called “Hot Damn.” Next year, we’ll release all that music and hopefully just ride the wave. We’re feeling like we’re at that point in the roller coaster where we’re chugging up the first ramp, just about to start the whole ride.

Hoffman: We have all this material that we love and we’re so proud of. Now it’s just about the right way to put it out so it reaches the most amount of people. It’s an odd feeling to be sitting on this pot of gold that we think we have.

Do you have any mottos or rules for how you work together as artists?

Tyler: One of the things we constantly come back to is that we know we put in the work, we know that we’re good, and we know that we deserve success. I think we are often self-deprecating. It’s uncomfortable to self-promote. We never valued that initially, we just really wanted to work on our craft.

Playing in new arenas where the stage is bigger and the lights are brighter reminds us that we’re good enough and we deserve what’s coming. We played a show in front of 80,000 people with Justin Timberlake in Austin, Texas, a few weeks ago. We were obviously nervous and excited, but we weren’t overwhelmed. We knew we put in the work and that our product wins people over.

Lipkins: We’ve got a saying: If we’re going to do it, we’re going to do it to the best of our ability and until we can’t anymore. It’s been a very slow climb for us. People sometimes ask us why we’ve done this for as long as we have and it’s because we keep getting better.

Tyler: As creative people there’s no objectivity: You can’t really say “this is right” or “this is wrong.” We disagree a lot, we’re stubborn, we’re opinionated, but we know that at the end of the day, we’re brothers and we’ll reach equilibrium.

Hoffman: There’s a million variations, which is why it sometimes gets hard to find a cohesive sound. We write individually, we write together, we write with other people. There’s no one way to do it.

Tyler: We know each other so well that writing together or alone will often generate similar results, which is way different than it used to be. We’ve gotten in a zone with our sound so it’s easy to imagine what the other two guys would like.

When we first started out, we wanted to make every type of music out there. On our first album, one song would be pop, one would be folk and another would be rap. That’s too scattered for people to digest so we’re much more cohesive now. Writing a good song is not the objective — it’s writing a song that fits what we’re doing.

How would you describe your sound now?

Lipkins: Also with the help of K-KOV and Justin, it’s not as derivative as our old music. It’s creating its own place.

Hoffman: Which is always the goal.