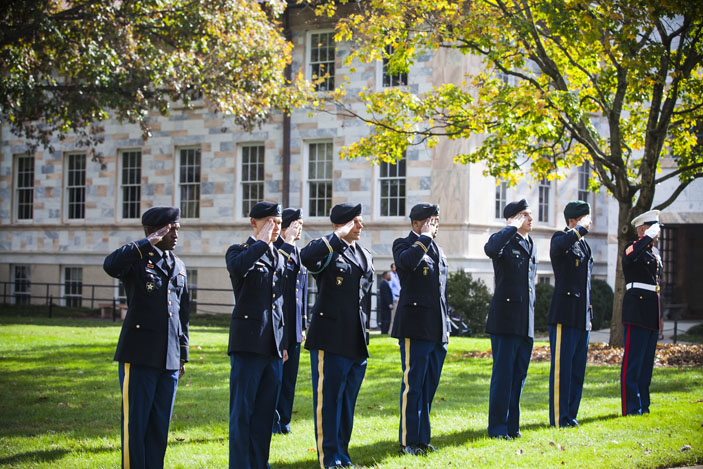 Emory commemorated Veterans Day with a ceremony Nov. 11 on the Quad 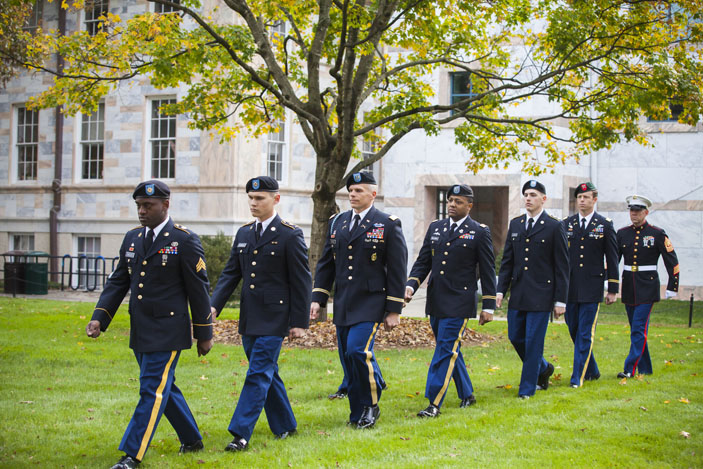 The ceremony began with the procession of the Emory Color Guard. 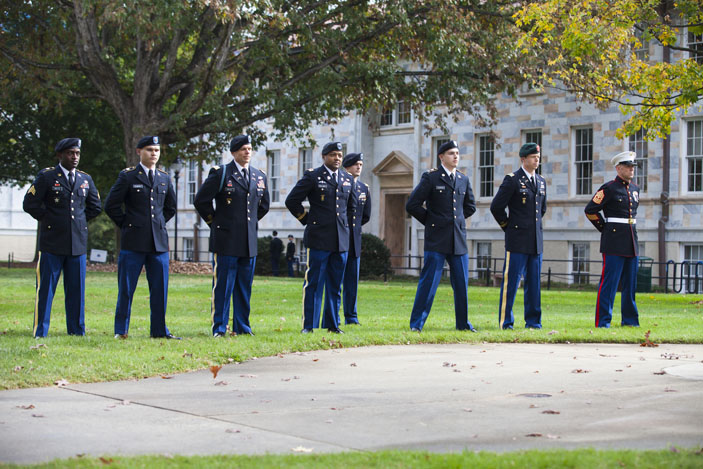 Gathered around the flagpole at the center of the Quad, the community joined together in a moment of silence. 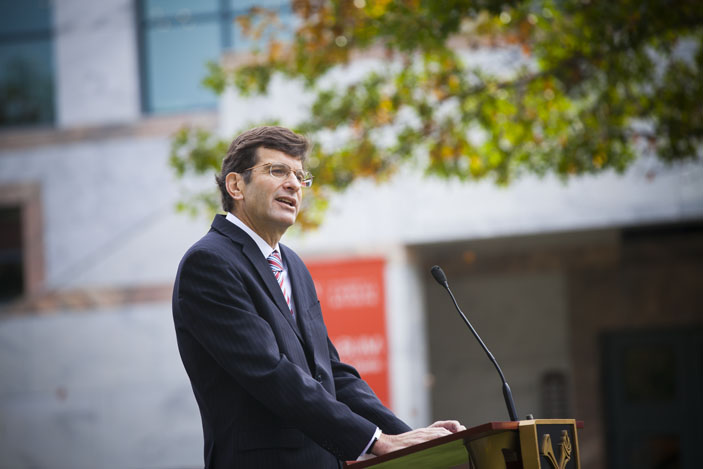 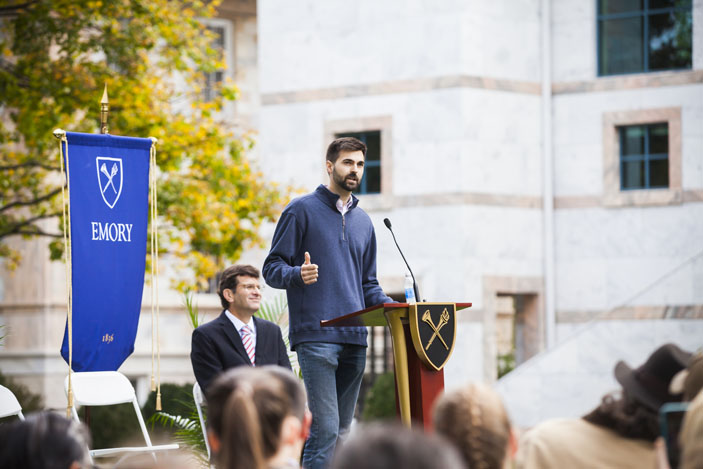 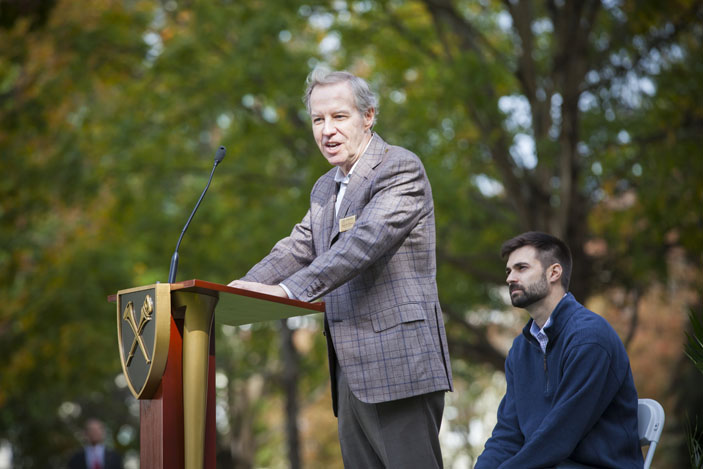 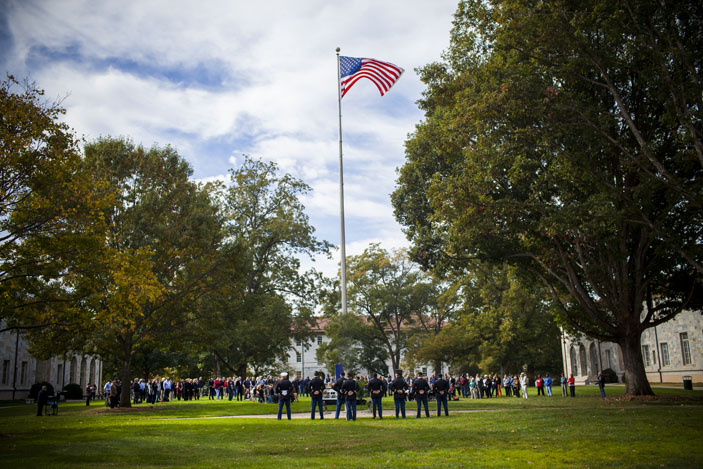 The Emory Veterans Association hosted the university's annual Veterans Day ceremony on Friday, Nov. 11, at 11 a.m. at the flagpole on the Quad.

The ceremony began with the procession of the Emory Color Guard, followed by a moment of silence.

U.S. Army Major Jon Keen was the featured speaker. Keen is a decorated Army infantry officer who served in Afghanistan. He earned an MBA from Emory's Goizueta Business School and held a public service fellowship at the Kennedy School of Government at Harvard University. He is currently employed by the Deloitte Consulting Practice and is president of the GBS Alumni Board.

Keen was introduced by Jeffrey Rosensweig, associate professor of finance. As the founding faculty sponsor to the Emory Veterans Association, Rosensweig has also served in that role to the GBS Veterans Club for the last 25 years, building and sustaining relationships with all of the veterans coming through the school during that time.

Kirk Elifson, research professor in the Department of Behavioral Sciences and Health Education in the Rollins School of Public Health, also addressed those gathered for the ceremony. Elifson, who served as an Army Captain during Vietnam, is the spouse of Emory President Claire E. Sterk. He has been involved in advocacy in the area of veteran homelessness as well as building intentional supports for student veterans in higher education.

For more information on Emory’s ongoing and extensive support involvement with veterans, see Veterans at Emory.