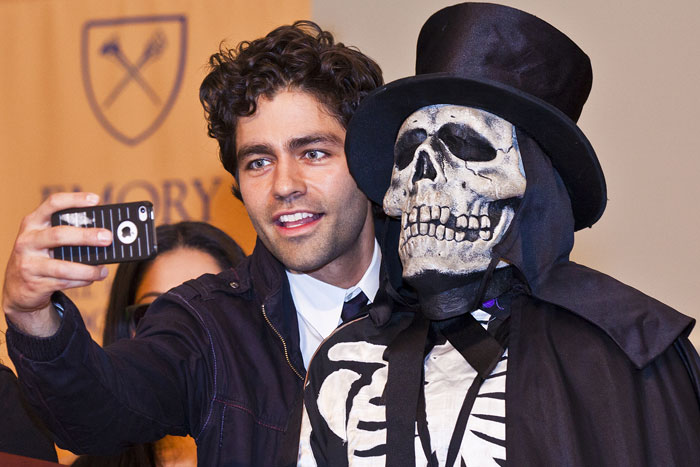 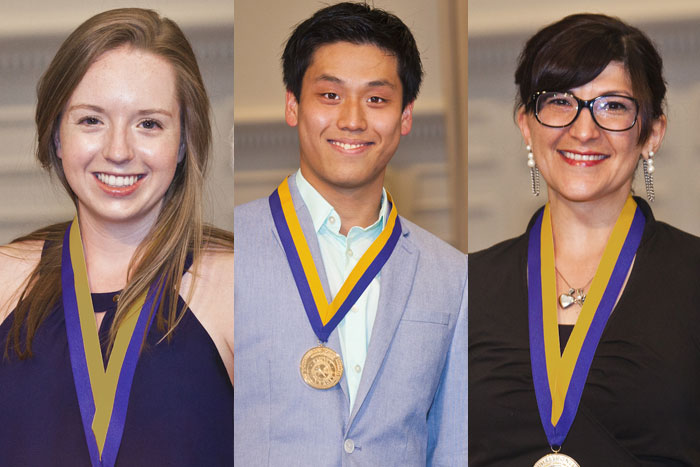 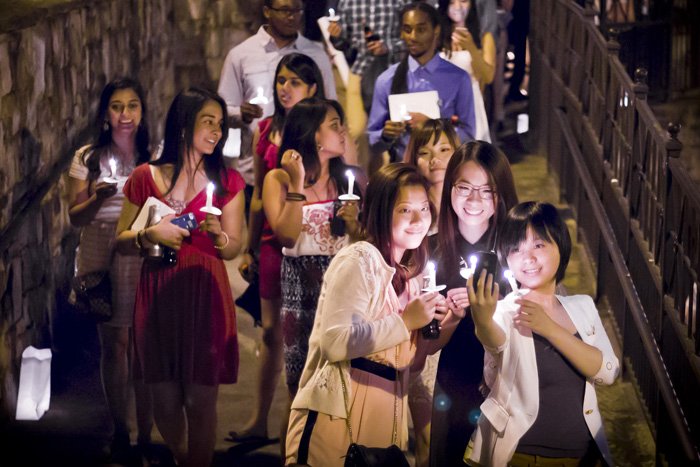 Graduating seniors cross the bridge to the Miller-Ward Alumni House where students are greeted by their now-fellow alumni and Emory staff during the annual Candlelight Crossover. Emory Photo/Video. 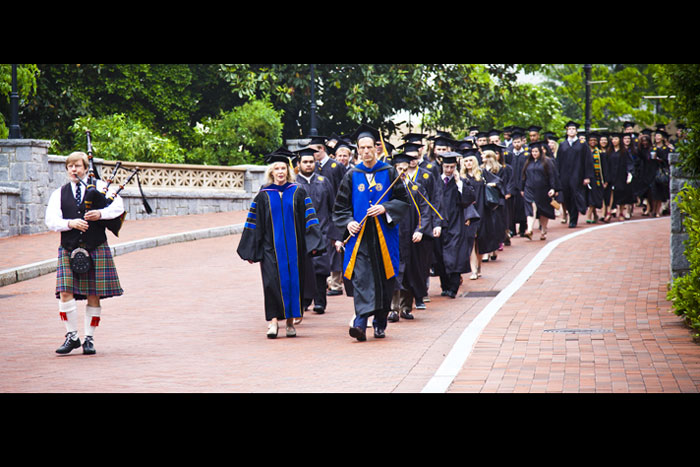 Bagpipes lead a procession to the baccalaureate service, which marks the end of a student's undergraduate years. Emory's Baccalaureate is an inter-religious service with prayers, readings and music from various religious traditions. Emory Photo/Video. 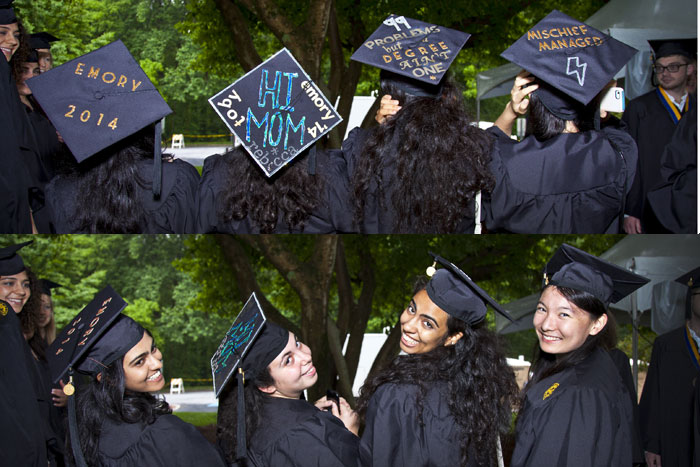 Tulsi Patel-Nashille, Toby Glazer-Dallas, Mallika Manyapu, and Hillary Li outside of the baccalaureate service at Glenn Memorial Auditorium on May 11, 2014. Emory Photo/Video.

A sampling of pictures from the weekend leading up to Emory's 169th Commencement on May 12, 2014.