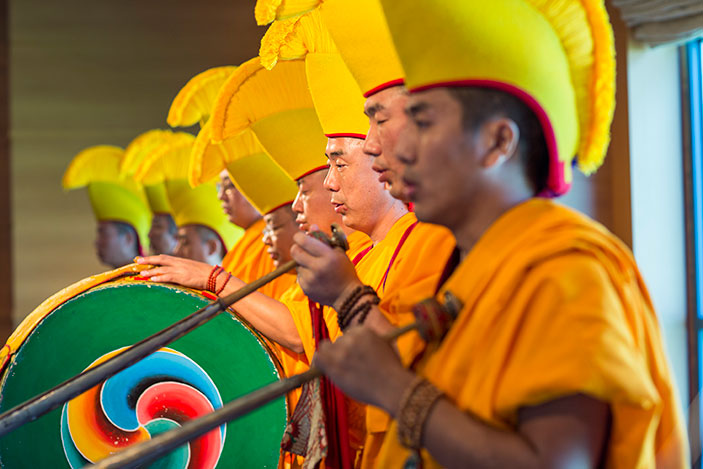 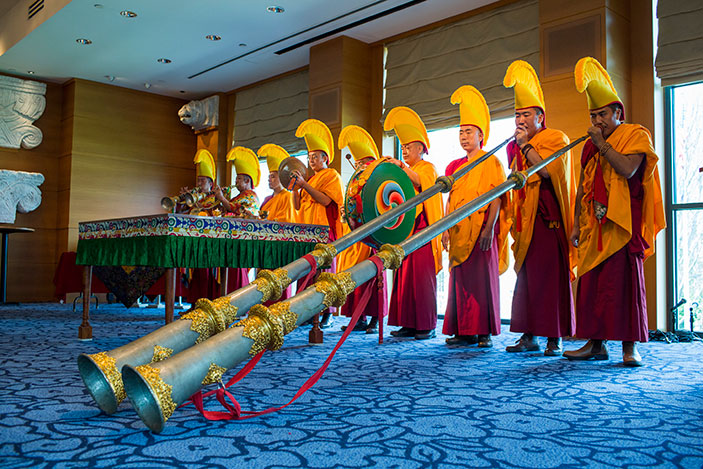 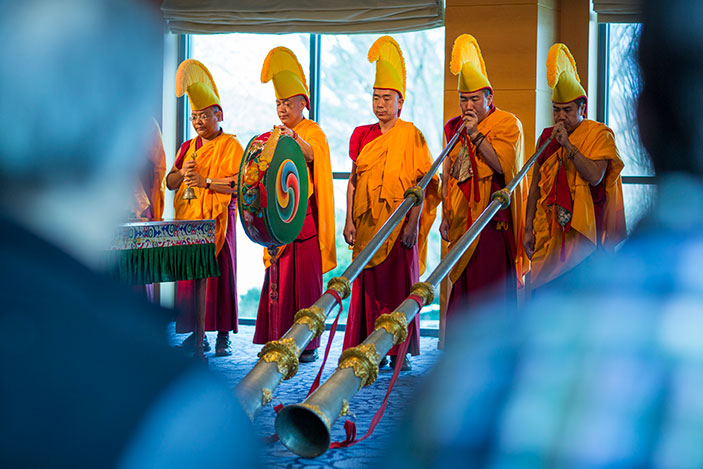 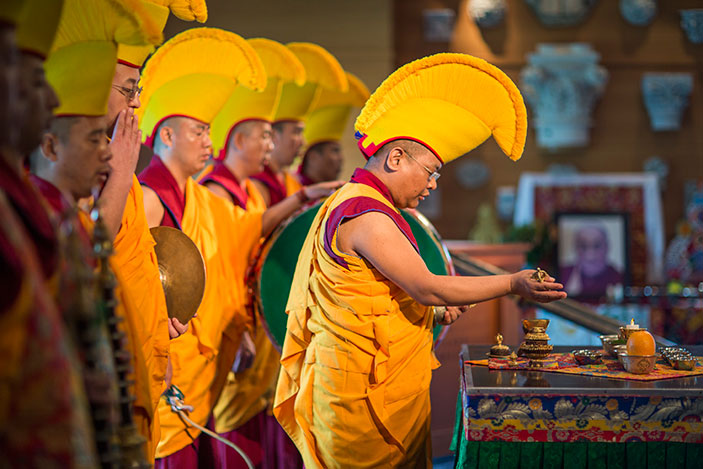 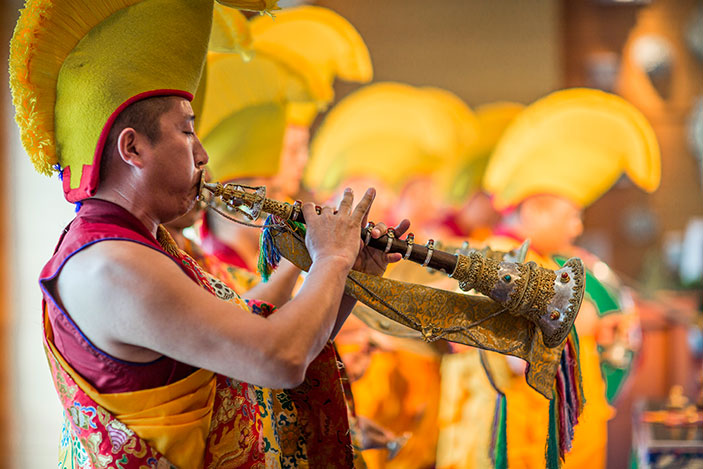 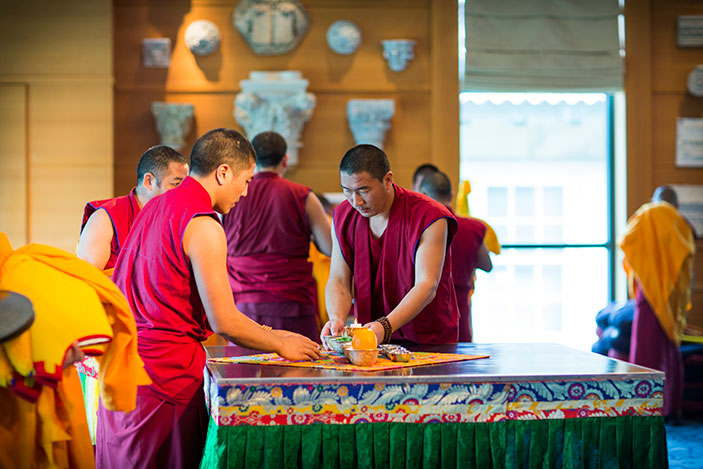 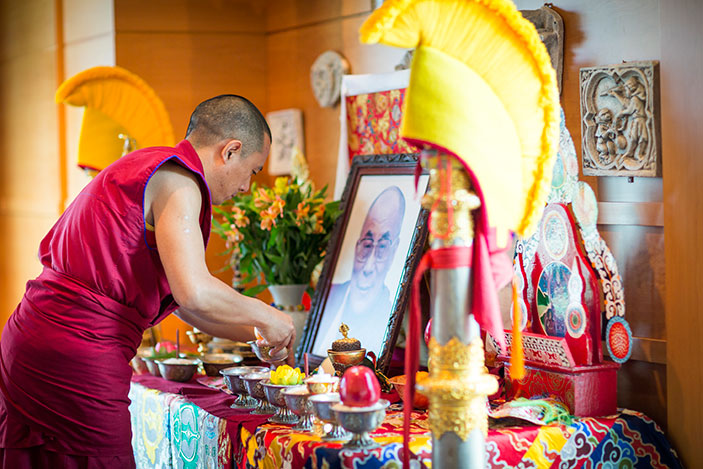 Emory's annual Tibet Week kicked off Monday with an opening ceremony in the Michael C. Carlos Museum's Ackerman Hall, led by Geshe Lobsang Tenzin and the monks of the Drepung Loseling Monastery in Atlanta.

The live exhibition of mandala sand painting, a tradition of Tibet Week, also got underway. This year, the monks are constructing a mandala of the White Tara, a female Buddha representing enlightened wisdom, carefully placing colorful grains of sand into an intricate design. The sand painting continues daily through Friday from 10 a.m. to 5 p.m.

The theme for this year's Tibet Week is "Tibetan Culture in the 21st Century." A variety of discussions on the political, cultural, educational and religious aspects of Tibet are scheduled.