Emory scientists rush to solve the mysteries of Zika 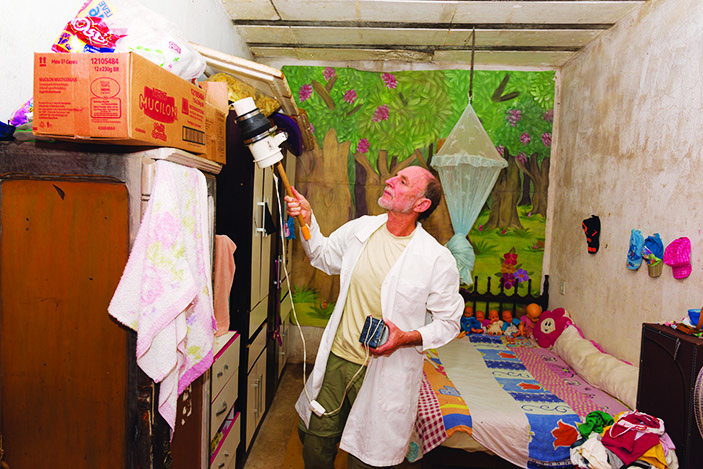 Uriel Kitron, professor of environmental health and epidemiology, works with a team of scientists in Salvador, Brazil, doing vector surveillance. 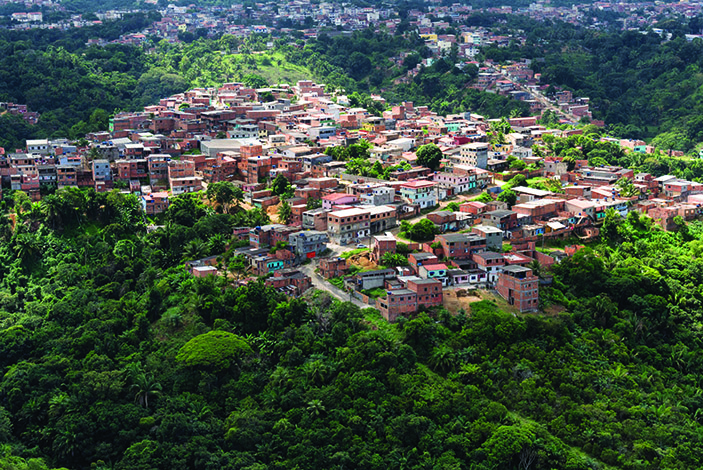 Salvador, Brazil, was one of the first places in the Western Hemisphere hit by the Zika virus. Overcrowding and poor sanitation create ideal conditions for the mosquito that carries the virus. 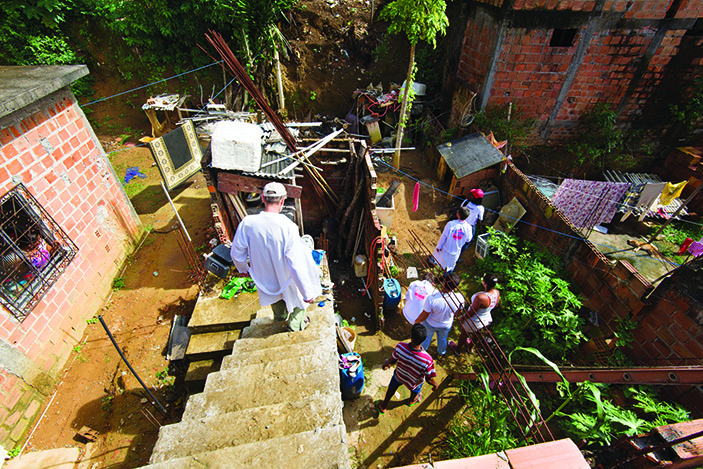 Uriel Kitron out and about in Salvador, Brazil, doing vector surveillance. 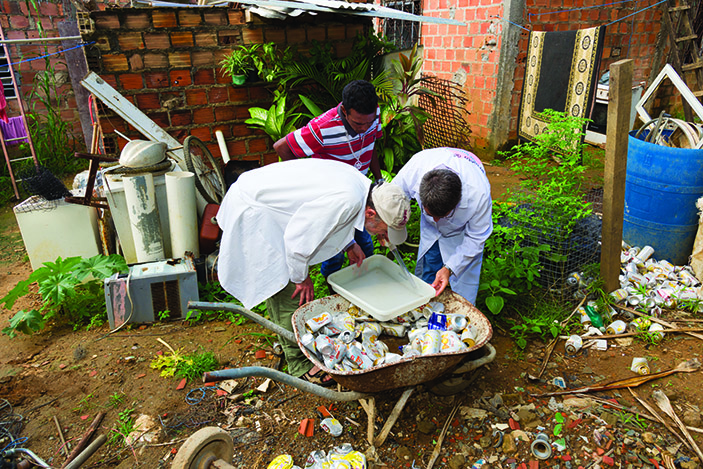 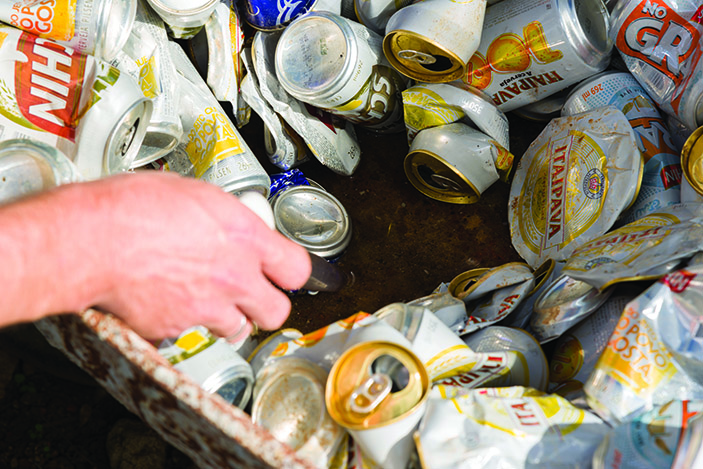 School of Public Health to receive over $850K for Zika capacity building in Latin America Oct. 3, 2016

Zika is transmitted primarily by the Aedes aegypti mosquito — the same mosquito that carries yellow fever, dengue, and chikungunya — but cases of sexual transmission have also been reported.

A aegypti is an urban beast. It preferentially bites people and can only travel a couple hundred yards from its larval habitats in its lifetime. It can breed in a pool of water as small as a bottle cap. So the mega cities of Latin America, with people crammed together in houses that lack screens and air conditioning, are like paradise for this mosquito.

In May 2015, Uriel Kitron was in Salvador, Brazil, studying dengue when a new virus showed up. At first he brushed it aside like the pesky mosquito that carried it. With his Brazilian collaborators, he published several papers — among the first — on the widespread Zika virus outbreak in northern Brazil, but like others he did not consider it a cause for alarm. The symptoms — a rash, fever, headache, muscle aches — were mild compared with dengue and disappeared within a few days.

"Even though it was spreading so rapidly, we really thought it was no big deal," says Kitron, professor and chair of the Department of Environmental Sciences at Emory and professor of Environmental Health and Epidemiology at the Rollins School of Public Health.

Then came the first surprise — an increase in the cases of Guillain-Barré Syndrome (GBS), an autoimmune disorder that can result in paralysis. A few months later came another, even more disturbing surprise — a spike in the number of babies born with microcephaly, a condition characterized by small heads and underdeveloped brains. This is the first new cause of birth defects identified by the Centers for Disease Control and Prevention in 50 years and the first time ever that the cause has been spread by mosquitoes

"The fact that Zika can pass through a woman’s placenta and  affect her unborn child is a game-changer," says Kitron. "That goes to your deepest fear and is about as unsettling as it gets."

That fear has leant a sense of urgency to the search for answers about the virus. Although Zika has been circulating in Africa and Asia for decades, it was considered relatively benign, especially compared with more serious mosquito-borne diseases such as malaria and dengue. Only when it made the leap into the Western Hemisphere and spread like wildfire through northern Brazil, leaving unexpected and devastating results, did scientists take notice. The virus has likely infected millions in Latin America, and more than 2,000 cases of microcephaly had been confirmed as of late September.

Zika is transmitted primarily by the Aedes aegypti mosquito — the same mosquito that carries yellow fever, dengue, and chikungunya—but cases of sexual transmission have also been reported. However, much of the biology and epidemiology of Zika remains a mystery. Can asymptomatic people still spread the disease? Are babies of asymptomatic pregnant women at risk for microcephaly? Can it be spread other than by sex or mosquitoes, as a Utah case suggests? And, the million-dollar question, how and why does it cause microcephaly?

Other countries are experiencing Zika outbreaks without the spike in microcephaly cases seen in Brazil. That spike could still come, but if it doesn’t, what is different about the Brazilian outbreak? "One of the things we are finding is that all three viruses — Zika, dengue, and chikungunya — are co-circulating in Brazil," says Kitron. "Perhaps that is an important factor for the severe disease outcome, perhaps that’s what makes it different in Brazil. Socio-economic factors may also play a role. There is still so much we don’t know about Zika. Case control and cohorts studies that have been initiated recently will help us answer this and other questions about Zika."