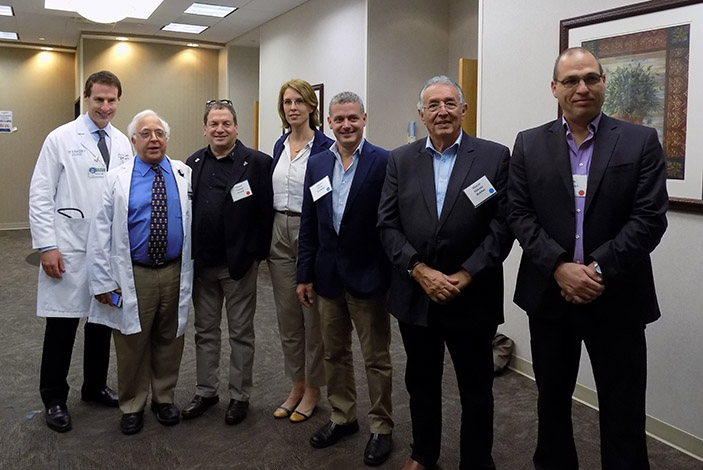 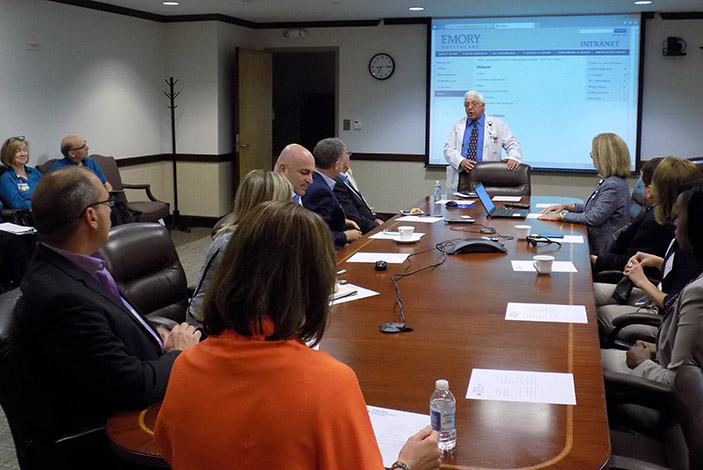 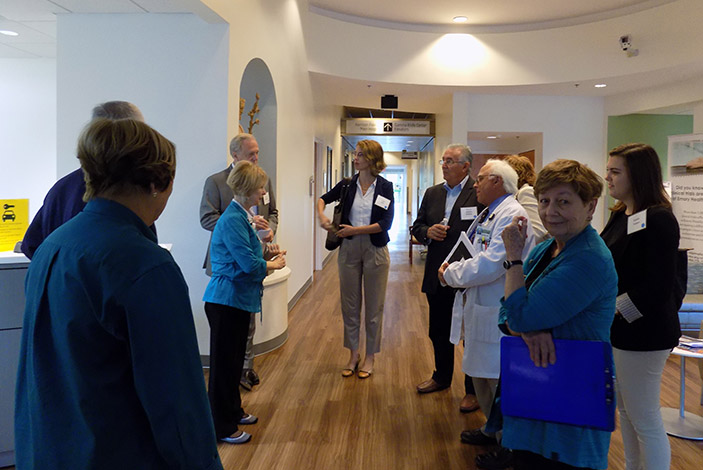 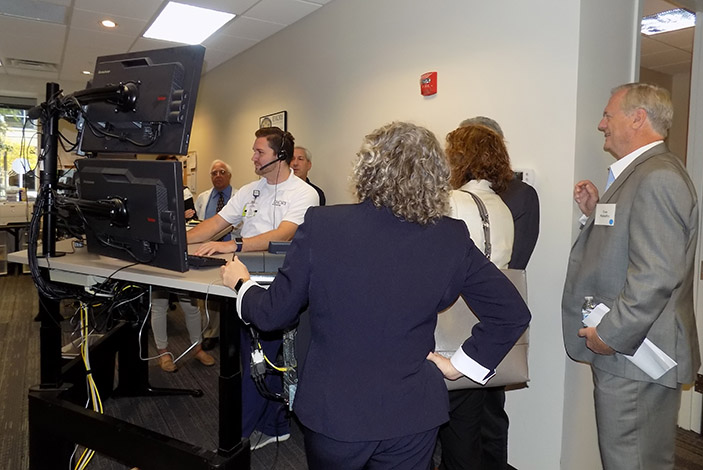 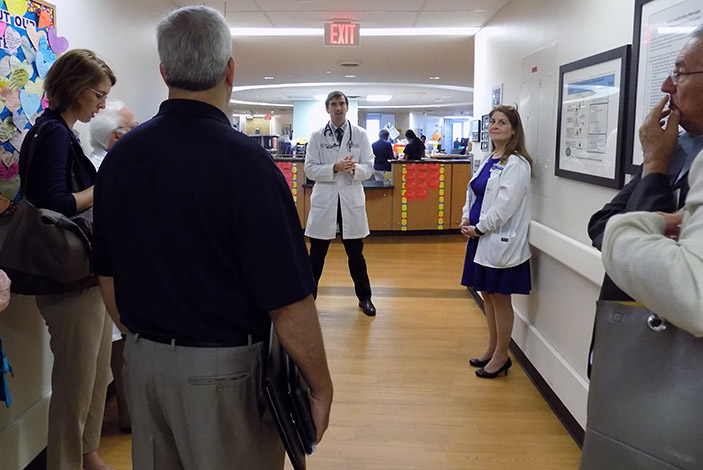 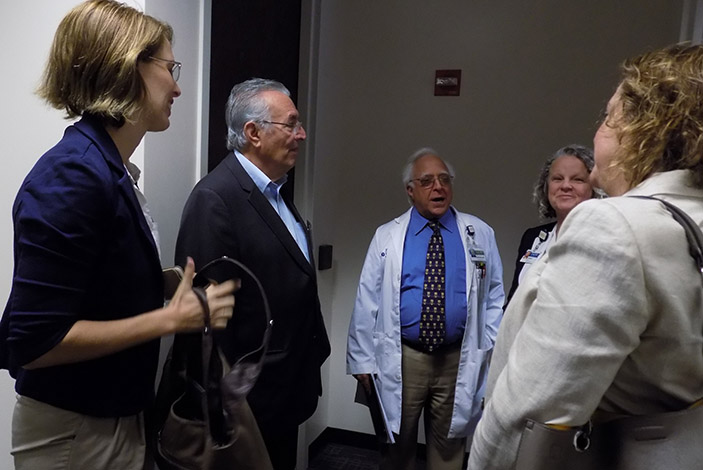 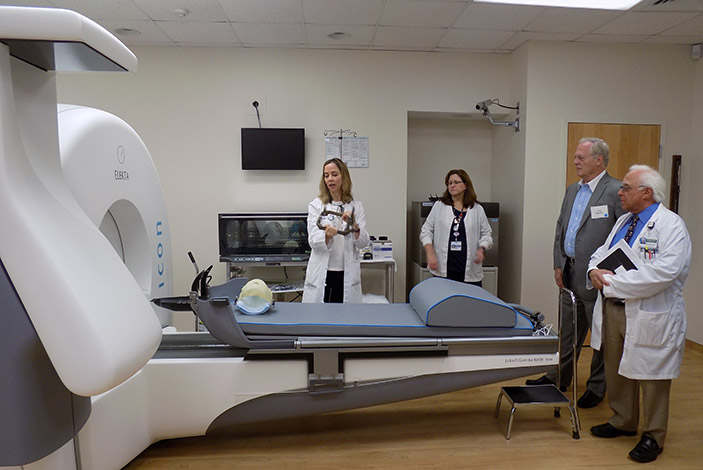 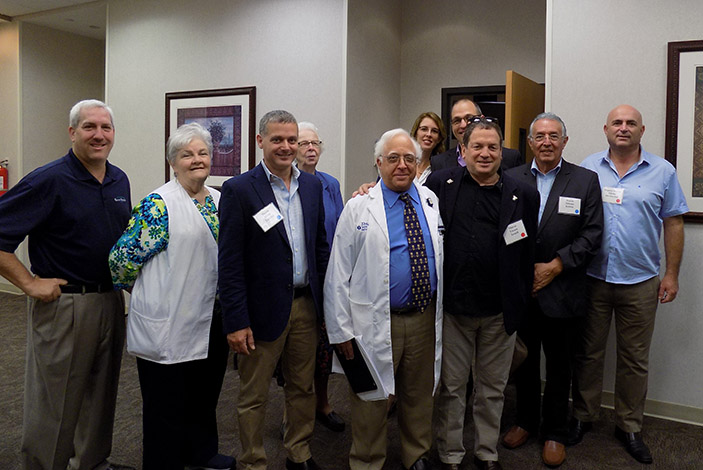 The tour provided the delegation with the opportunity to learn more about several areas of medical care that are not currently available but could be implemented at their hospital, the Western Galilee Medical Center.

Emory Saint Joseph's Hospital expanded Emory Healthcare's international connection by hosting a delegation of Israeli mayors and community leaders from the Western Galilee Cluster. The visit occurred as part of a Sister City agreement between the City of Sandy Springs and the Cluster, which represents 12 local authorities united under a regional government in the northwestern corner of Israel. The agreement specifically focuses on the exchange of medical technology, information technology and cyber security and tourism.

During the tour, Emory Saint Joseph's chief medical officer Paul Scheinberg, MD, showcased both the hospital's medical technology and outstanding models of patient care in the Winship Cancer Institute, Emory Electronic ICU (eICU), Structured Interdisciplinary Bedside Rounding (SIBR) and cardiac robotics. The tour provided the delegation with the opportunity to learn more about several areas of medical care that are not currently available but could be implemented at their hospital, the Western Galilee Medical Center.

The delegation toured Winship Cancer Institute, where radiation oncologist Shannon Kahn, MD introduced the Gamma Knife, a minimally invasive radiation treatment for brain tumors and other neurological conditions that is an alternative to traditional surgery.

Additionally, the delegation visited the eICU, an innovative program providing a second layer of care for patients in the intensive care units throughout Emory Healthcare and at medical facilities around the state. At Emory Saint Joseph's, a team of critical care physician experts and nurses work in partnership with physicians and nurses at the patient's bedside by providing round-the-clock care through cameras and video monitors in patient rooms.

"Emory Saint Joseph's treats patients with love using an excellent bedside manner, which is something we could improve," says Mayor Sivan Yechilei of Kfar Vradim.

Following a discussion of cardiac robotic surgery by Jeff Miller, MD, guests had the opportunity to operate the controls on a robotics console, providing them with the unique perspective of how a robot works during surgery.

The delegation and Emory Saint Joseph's are now taking the next steps to further their partnership and share information about models of patient care and medical technology.