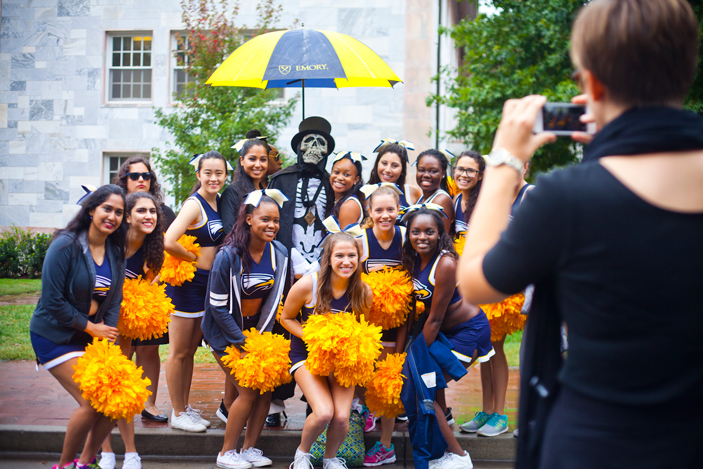 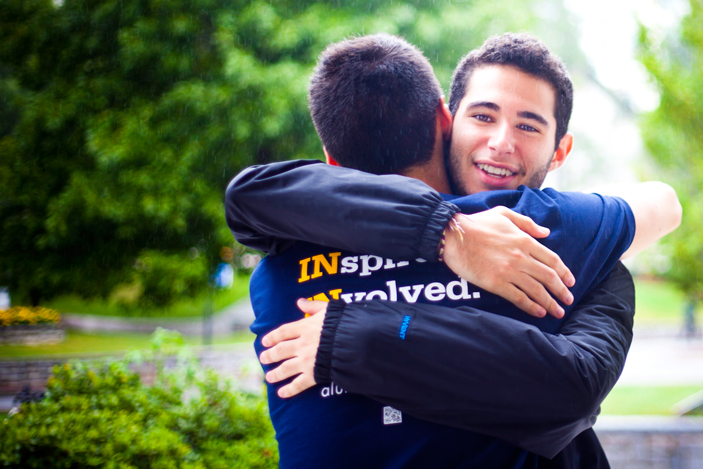 Homecoming attendees celebrate with a hug. 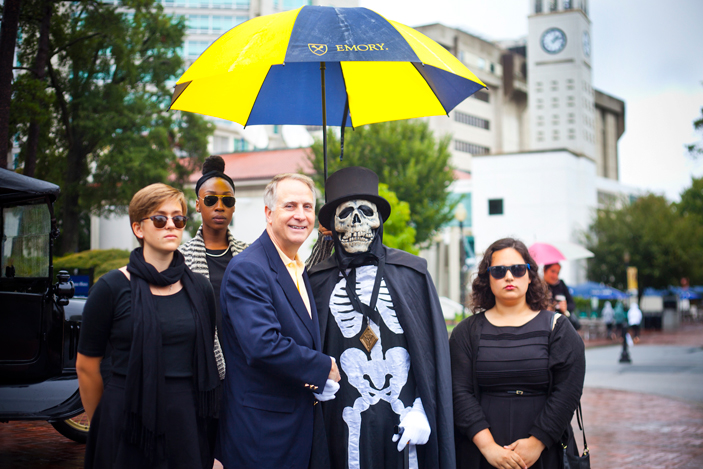 Emory President James Wagner with Dooley and his entourage 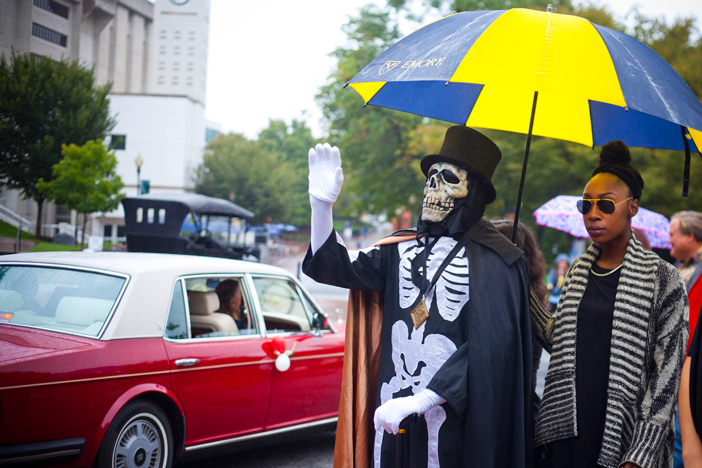 Dooley stays dry while waving to the parade. 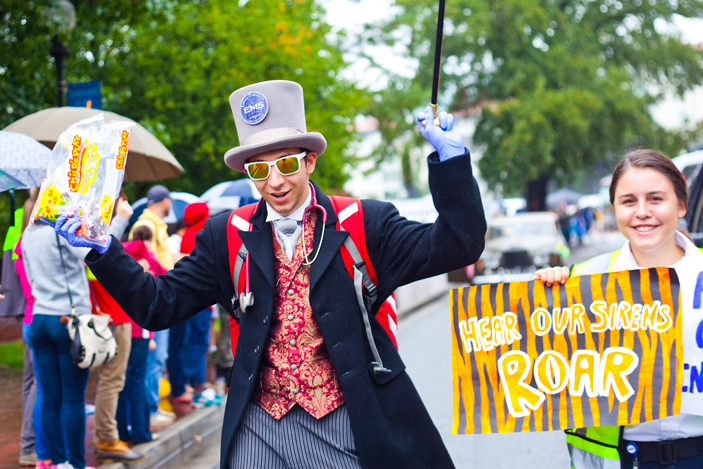 Parade participants were in high spirits despite the weather. 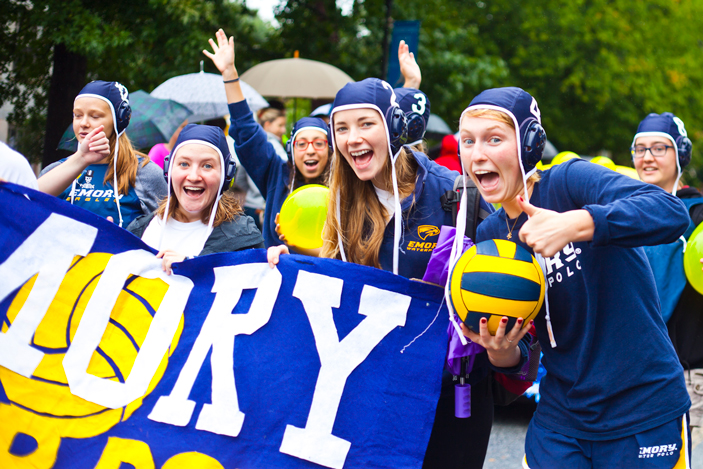 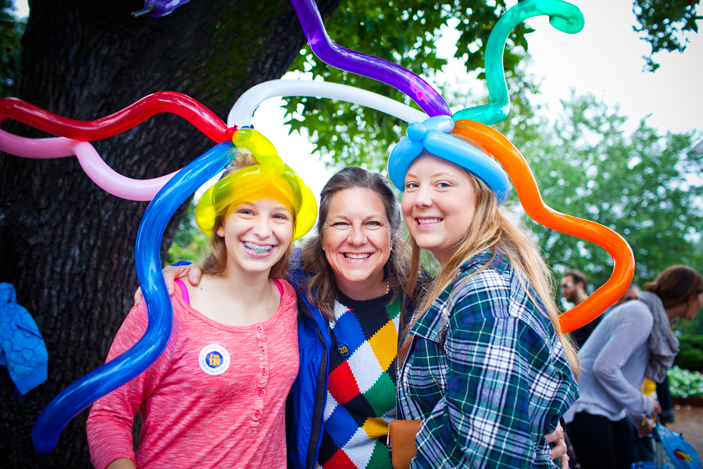 Families found plenty of activities throughout the day. 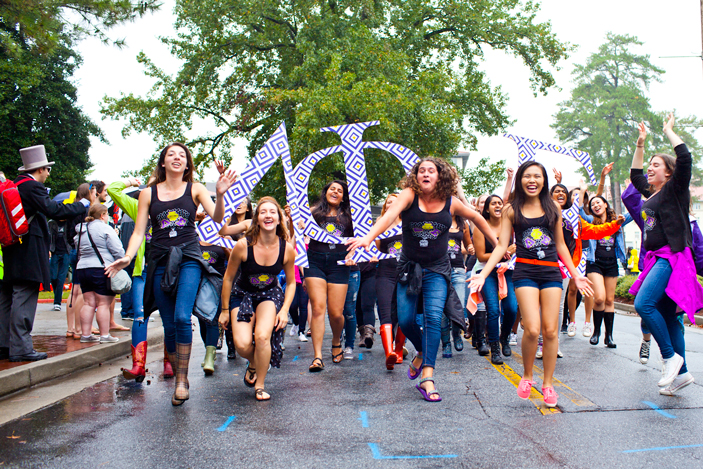 Emory's Greek organizations were well represented in the parade.

Steady rain couldn’t soak the spirits of hundreds of students, alumni, staff and family members who turned out for Homecoming Weekend 2015. As usual, Dooley — Emory's unofficial skeletal mascot — enjoyed the festivities with his entourage, who carried umbrellas to keep him dry.

The Homecoming Parade stepped off as planned, although with a few more raincoats than in some years. Emory students rose to the challenge, with plenty of pep to counter the gray skies. Parade winners included the following:

Following the parade, the Homecoming festival at McDonough Field offered lots of fun despite the weather, with food, drinks, face-painting and other activities. The Homecoming concert with Indigo Girls and The Shadowboxers also continued without a hitch, bringing fans out of the tents to sing along to their favorite songs.

See photos from the Homecoming Concert.