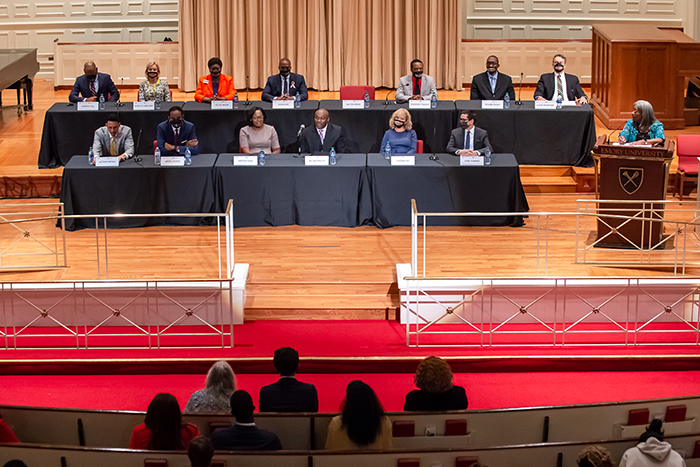 Candidates for Atlanta mayor discussed their platforms at an Oct. 5 forum at Emory. Photos by Bita Honarvar. 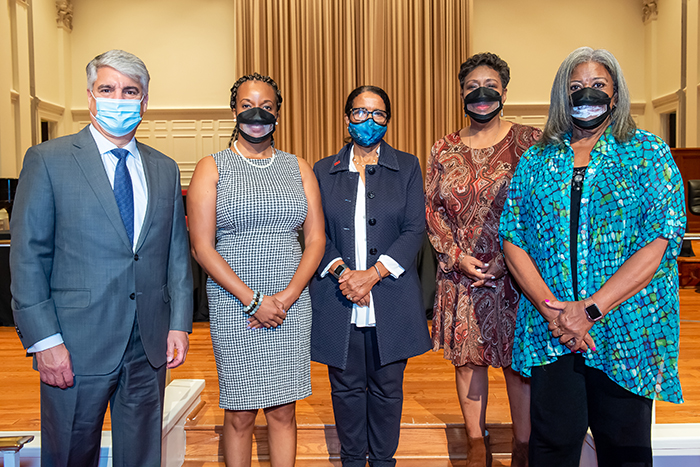 Emory hosted a public forum Oct. 5 for candidates vying to be the next mayor of Atlanta. The election is set for Tuesday, Nov. 2; early voting is now underway.

“An engaged electorate is essential to a thriving democracy,” Emory President Gregory L. Fenves said as he welcomed candidates and attendees to the event, noting that the evening’s dialogue was “intended to help voters make informed choices.”

A recording of the forum can be viewed here.

Fenves described Emory’s longstanding relationship to Atlanta, citing “many productive partnerships with key Atlanta institutions, many communities within the city, the city’s vibrant arts scene, and the Atlanta business ecosystem." The relationship was further strengthened in 2017, when the Atlanta City Council voted to annex the area where Emory and the National Centers for Disease Control & Prevention are located, bringing them into the official city limits.

“It was a bold decision — one that created many new opportunities for our university and city to work together to serve the common good,” Fenves said.

Thirteen of the 14 mayoral candidates participated in the forum, which was held in Emory’s Glenn Memorial Auditorium. The forum was moderated by Jocelyn Dorsey, retired director of editorials and public affairs for WSB-TV, and was made possible by a partnership between the League of Women Voters of Atlanta-Fulton County, the Urban League of Greater Atlanta, the ACLU of Georgia and Emory.