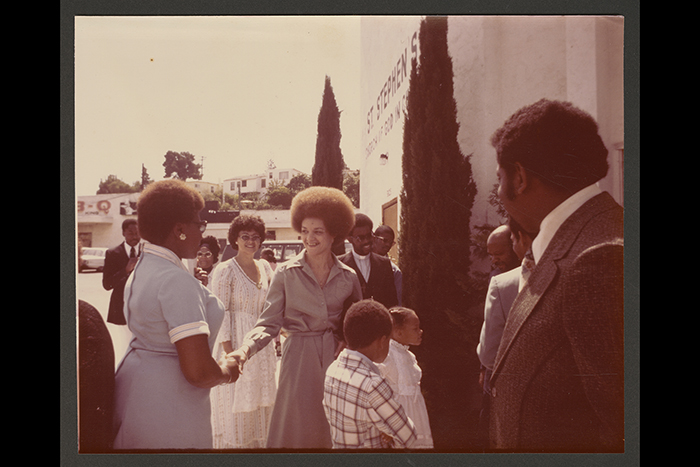 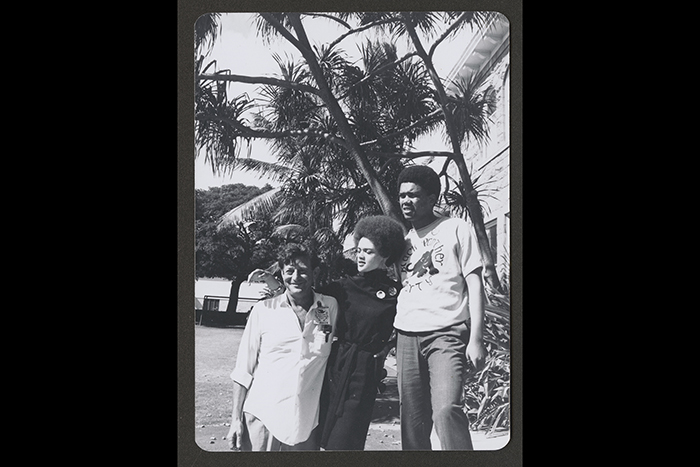 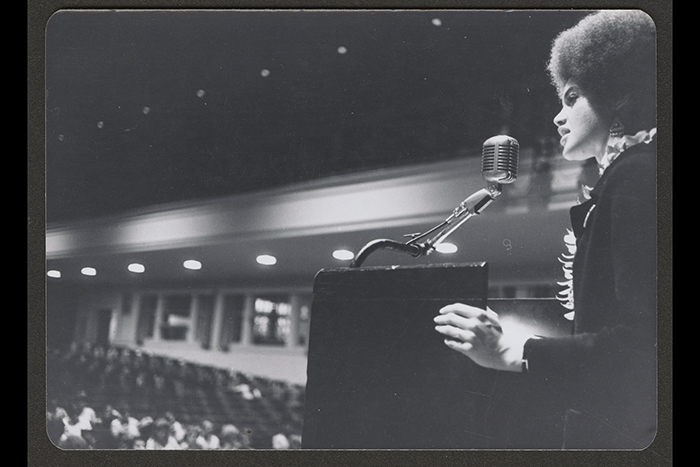 Kathleen Cleaver speaking at a Peace & Freedom Party rally at the University of Honolulu, 1968. 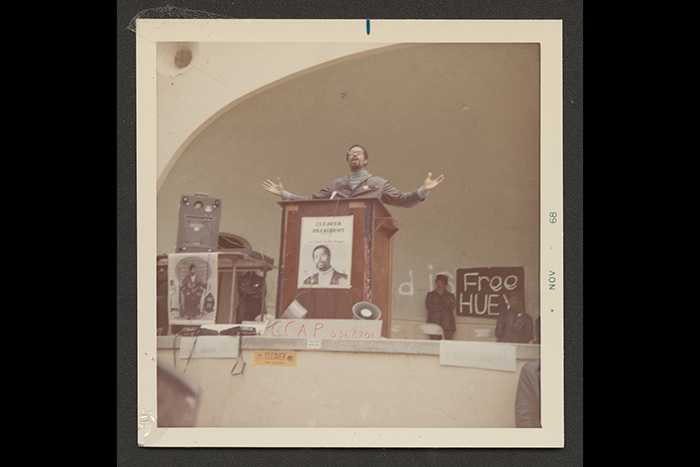 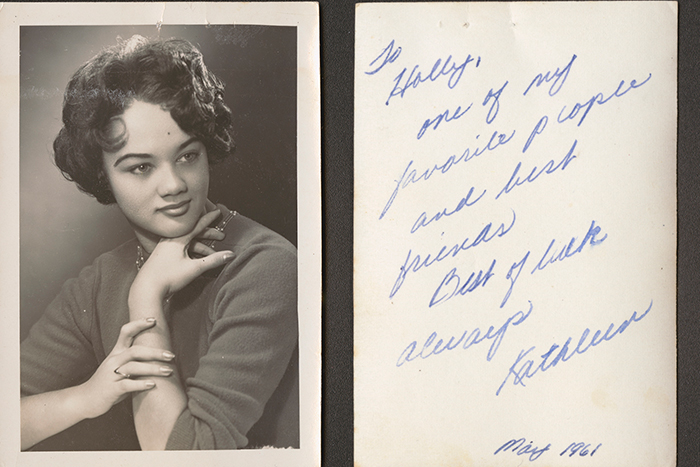 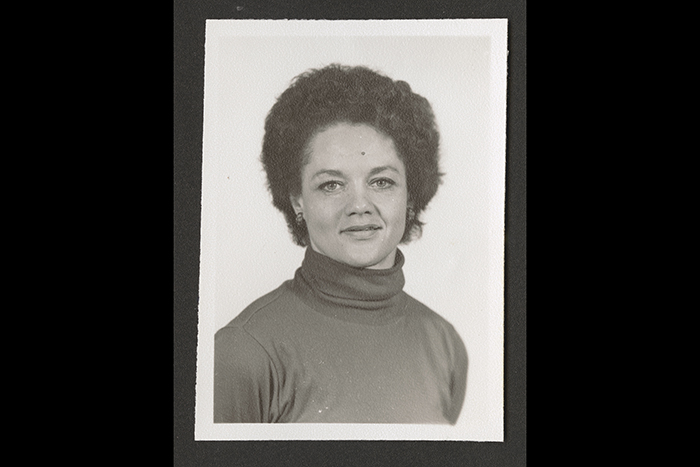 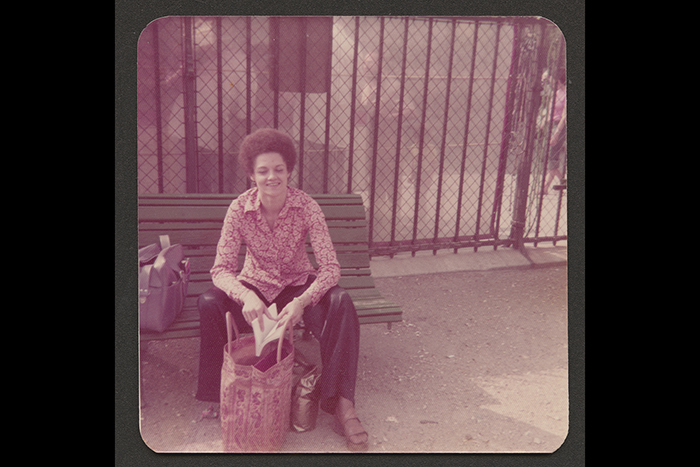 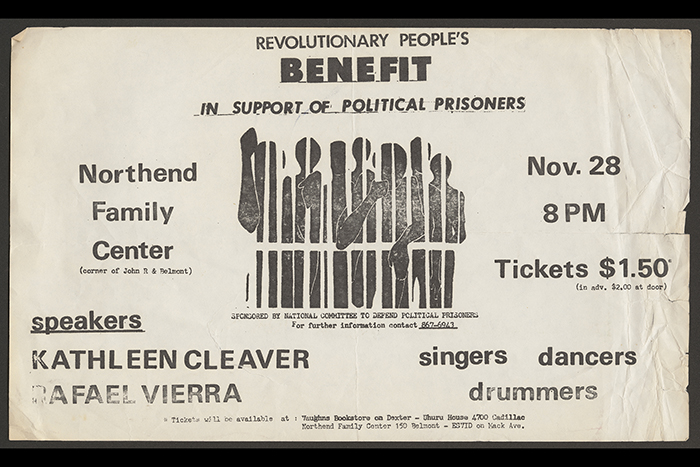 Flyer for benefit for the National Committee to Defend Political Prisoners.

The papers, which will reside at Emory’s Stuart A. Rose Manuscript, Archives, and Rare Book Library, span Cleaver's career and life as an activist, particularly as a member of the Black Panther Party (BPP), and include personal and professional correspondence, books and photographs, as well as audiovisual and born-digital material.

Cleaver’s papers are timely, says her daughter, Joju Cleaver, since they help provide important historical context for today’s social justice movements, something she feels is missing in the current climate.

“A lot of people are acting like we don’t have a history to draw from, and we do – a very rich one,” says Cleaver, who is an instructional designer for online classes at Georgia State University. “With everything that is going on now, there is a wealth of history, knowledge, and experience that people can learn from and perhaps improve their understanding of scope. There is definitely a lack of direction, and often that comes from a lack of knowledge of your history.”

Joju Cleaver says the archive also shows there is a precedent for social movements being co-opted and infiltrated. The Black Panther Party’s message was often misinterpreted and distorted by the government and the media, and some of their offices in various cities were run for a time by federal agents who infiltrated their ranks, she says.

“There is a lot of danger that people could learn a lot about from prior movements,” Cleaver says.

Carol Anderson, Charles Howard Candler Professor and chair of Emory’s African American Studies department, described the news about the Cleaver papers as “incredible.” She is looking forward to getting her classes back in the Rose Library archives once the pandemic restrictions are lifted.

“We will learn so much from Kathleen Cleaver’s papers,” Anderson says. “Her archive will help us understand the role of women in a movement and movement-building and in international freedom struggles.

“I’m thinking of the different ways scholars can use these papers to enrich our understanding of these enormous issues of freedom, of justice, of globalization, of the role of women, of how gendered roles play out and don’t play out,” Anderson says. “I wonder if we’ll get a sense of what it’s like to raise babies in the middle of a movement. This is exciting in so many ways.”

The parallels to today’s demands for social justice and police reform are undeniable, Anderson says.

“The movements we see today for access to quality healthcare, enough food to eat, an end to police violence and structural inequality – these are all things the Black Panthers fought for,” she says.

Kathleen Cleaver and the collection

Cleaver recently retired from the Emory University School of Law, which she joined in 1992. She began her lifelong activist work with the Student Nonviolent Coordinating Committee (SNCC) in 1966, but left the following year to join the BPP, which was also founded in 1966. Serving as the Party's communications secretary, Cleaver was one of a group of prominent women actively involved with the BPP. Her activism in the Party led her to organize and work on many campaigns and give speeches on the Party’s behalf at a number of rallies. She was married to Eldridge Cleaver, the Party’s minister of information from 1967 to 1987.

She earned her bachelor’s degree from Yale University in 1984 and her law degree from Yale School of Law in 1989, continuing to advocate for African American civil rights and prison reform.

The collection includes a variety of photographs of BPP members and associates. Correspondence, speeches and interviews by iconic civil rights activists such as Malcolm X, Fred Hampton, Huey Newton and Stokely Carmichael are also among the materials.

The papers contain internal BPP documents as well as audiovisual material filmed in the 1970s in Algeria, where the couple lived in exile for a time with their two children. Manuscript drafts of Cleaver's unpublished memoir, “Memories of Love & War,” are also included in the collection.

“We are so pleased to acquire the papers of Kathleen Cleaver, an icon in the American civil rights movement,” says Dean and University Librarian Yolanda Cooper. “The archive contains a wealth of information that is unique and not available everywhere due to the integral role she played in the Black Panther Party. These materials will significantly complement many of our related collections in the Rose Library and expand opportunities for more comprehensive research in social justice issues. We thank the Cleaver family for choosing Emory to preserve this cultural heritage.”

The collection complements the Rose Library collections of several other SNCC members and the archive of the Southern Christian Leadership Conference (SCLC), the nonviolent civil rights group co-founded by Martin Luther King Jr., as well as a small collection of BPP materials.

Despite being branded as a terrorist group and a Communist organization by the federal government and the media, the BPP’s main focus was improving Black families’ opportunities for a better life. The Party launched several social programs, such as a free breakfast program for children and healthcare clinics, in addition to protecting African Americans from police violence.

“Pellom McDaniels believed the Rose Library’s African American collections told the story of the Black communities’ efforts to reach its full potential as citizens of the United States—to enjoy the guarantees of life, liberty, happiness, the vote and equal protection under the law,” Gue says. “The Cleaver papers represent a significant addition to the library’s holdings that document how activists in the Black Power movement pursued these guarantees in the face of systemic racism, oppression, and violence.”

The archive has already been used and prepared for research prior to its arrival at the Rose Library. Leigh Raiford, associate professor of African American Studies at University of California, Berkeley, has been working at Cleaver’s house with a small team on a project to organize and catalog the photograph collection since 2017. Raiford gave a talk in February at Spelman College about photography, archives, curatorial practice and the Black radical tradition, drawing on Cleaver’s photograph collection.

That project resulted in “Inside Exile,” a 2018 multimedia online exhibit of photographs from the collection. The website includes BPP and family photos, including images from Cleaver’s childhood abroad, and a short documentary on Cleaver’s role as a woman leader in the BPP.

“Working with the photos alongside Kathleen really changed my outlook about the history of Black photography, both the really iconic images of the Black Panther Party but also the everyday practices of vernacular photography and how that played a role in Black freedom dreaming,” Raiford says.

Raiford says she is impressed with the sense of partnership and collaboration she received from McDaniels. When Emory acquired the archive, Raiford met with McDaniels and King to ask if she and her team could continue their work with the photographs and their plans for an exhibition and an accompanying book.

“We had a great conversation about working with the Rose Library, developing ideas for an exhibition and using the Rose Library imprint and UGA Press,” Raiford says. “It’s a real testament to Pellom’s generosity and expansiveness and commitment to bring in the widest community possible that he was willing to help us find ways to continue our work.”

Anderson, who teaches civil rights and the role of women in her various courses, says she anticipates the Cleaver papers will inspire her students, who enjoy working in the Rose Library archives.

“I think about the way my students are asking about their role as they come out of Emory – ‘how do we fight, how do we make this world better, how do we make it more just?’” she says. “Seeing in Kathleen’s papers how she made those transitions through the years will help guide them.”

Rose Library is still developing its policy regarding research use of collections during this time of the University’s COVID-19 precautions, but staff are actively finding ways to meet researcher requests. Please send an email to rose.library@emory.edu or call 404-727-6887 to discuss requests.