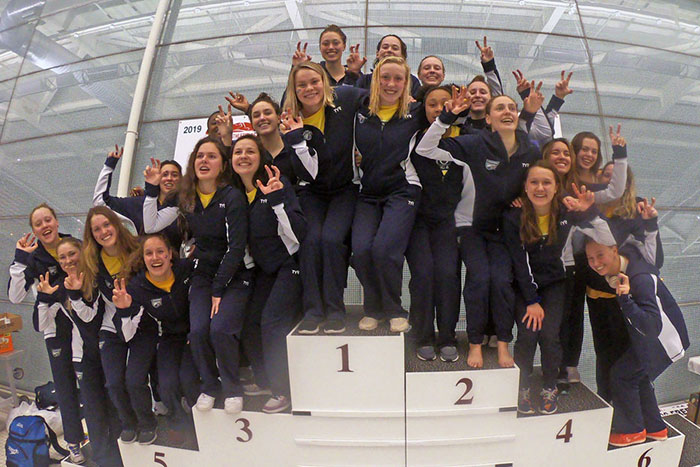 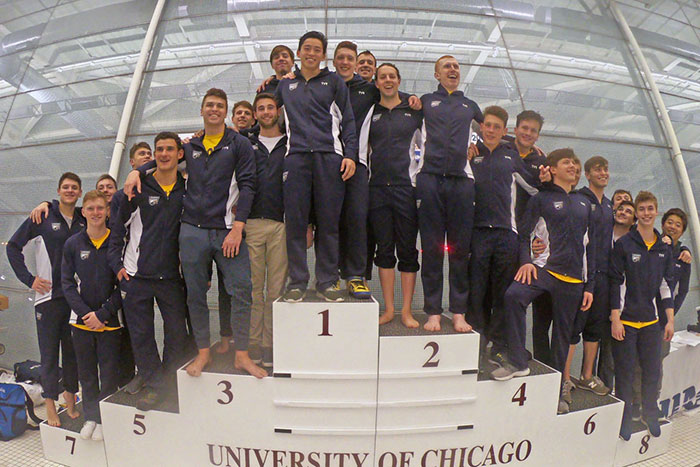 The Eagles won the women’s team title with a total of 1,943 points, more than 450 points ahead of the rest of the field as host Chicago finished in second place with 1,484.5 points. The Emory women had a collective 15 event championships, 30 All-UAA finishes and saw two UAA records set.

Senior Fiona Muir was named the conference's Swimmer of the Year following a superb championship meet. Muir became the first woman in UAA history to win the 100 Freestyle four straight years, doing so in a UAA record time of 50.12. She posted another UAA record as she captured the 200 Freestyle with a winning time of 1:48.70 and was second in the 50 Freestyle at 23.44.

To go along with the 400 Freestyle Relay win by Muir, senior Meg Taylor, junior Caroline Olson and sophomore Lucy Daro, and Muir's win in the 100 Free, Emory took home victories in three other events on the final day of competition.

Senior Julia Durmer won her third straight 1,650 Freestyle crown with a time of 16:52.76 while first-year student Gaige Elms won the 200 Backstroke, touching at 2:02.28, and senior Ashley Daniels completed the sweep of the Breaststroke events, winning the 200 with a time of 2:16.72.

The Emory men’s team posted the largest margin of victory at the meet since 2013, claiming the 2019 team title by 393.5 points, as the Eagles tallied 11 event championships, 20 All-UAA finishes and one UAA record. Emory finished with 1,848 points as a team with Washington University-St. Louis placing second with 1,454.5 points.

First-year student Lucas Bumgarner highlighted the special award winners for the Eagles as he became the first Emory diver since Daniel Kolb in 2011 to take home the conference's Diver of the Year award. Bumgarner secured All-UAA finishes in both diving events including the 3-meter title, registering a school record in the process with a score of 576.15.

Senior Trey Kolleck claimed the lone individual title on the night as he took first in the 100 Freestyle with a finals time of 44.70. During preliminaries, he set the new UAA standard, swimming a 44.30.

Kolleck added another relay championship to his ledger as Emory closed out the meet with a win in the 400 Freestyle Relay as he, senior Alex Kohlman, junior Sage Ono and first-year student Colin LaFave netted gold with a top time of 2:59.83.

Senior Thomas Gordon collected All-UAA honors in the 1,650 Freestyle, as he and NYU's Graham Chatoor registered one of the closest races of the meet. Chatoor edged out Gordon by just .07 seconds as Gordon took silver with a time of 15:24.20.