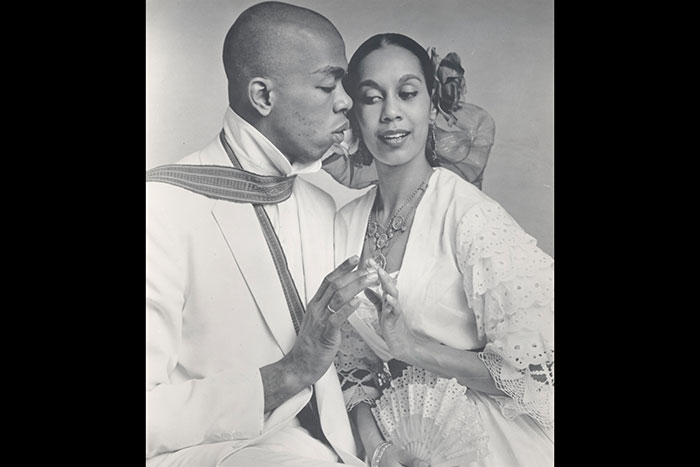 Carmen de Lavallade and Geoffrey Holder first met when they appeared together in Truman Capote's musical “House of Flowers” in 1955. Within six months they married and created a life for themselves. Photograph c. 1956-1960 by Peter Bausch. 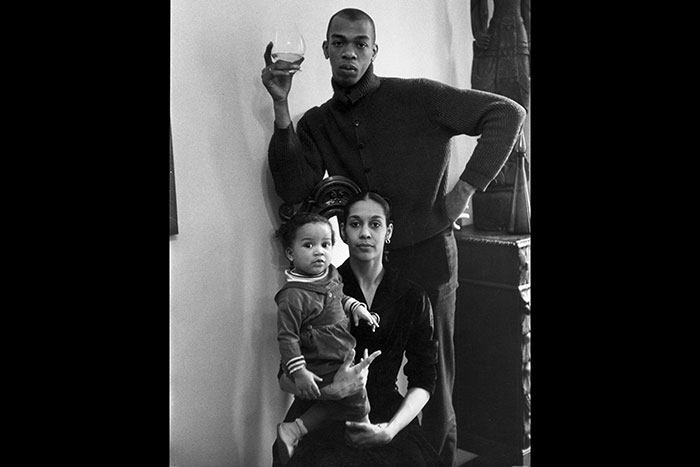 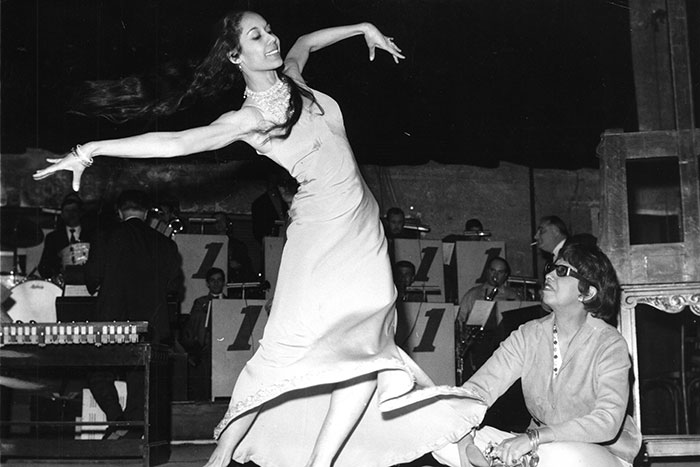 On April 24, 1964, Carmen de Lavallade debuted with Josephine Baker at the Olympia Music Hall in Paris, France. In this image, de Lavallade is going through rehearsal while Baker looks on. Photograph by Lipnitzki / Roger Viollet / Getty Images. 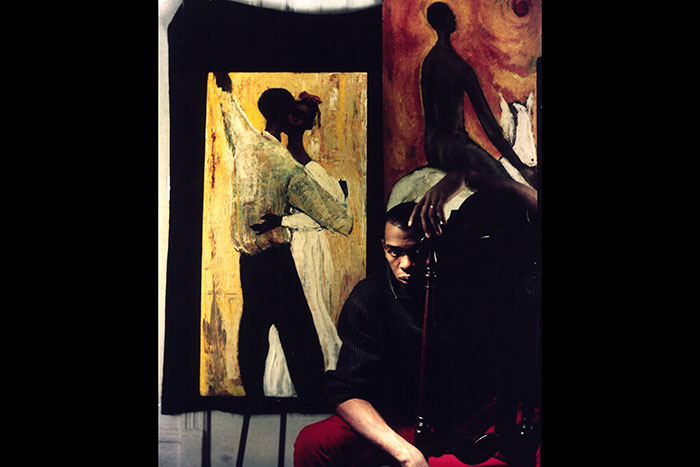 Geoffrey Holder with his paintings, 1960. Holder received a Guggenheim Fellowship for fine art in 1956. Over the course of his life, he produced thousands of paintings, most of which interpret African diasporic life, culture, and beauty. Unidentified photographer. 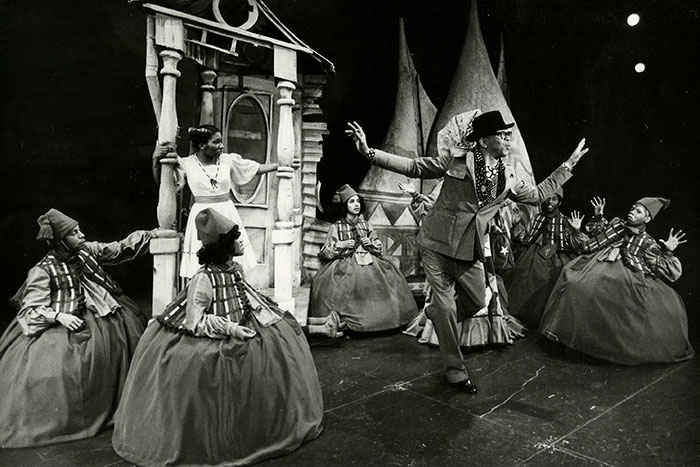 Geoffrey Holder giving direction at a rehearsal of his award-winning production of “The Wiz” in 1974. Photograph by Martha Swope.

Emory will award de Lavallade an honorary Doctor of Fine Arts degree at its 2018 Commencement on Monday, May 14.

“This is such an amazing collection, with a tremendous amount of material,” says Pellom McDaniels III, Rose Library curator of African American collections.

Rose Library staff recently finished the initial processing of the Holder/de Lavallade collection, which opened to researchers and the public on May 3.

Among the materials are correspondence, photographs, scripts, manuscripts, books and periodicals; videos of dance rehearsals; and sketchbooks, including portfolios of set designs and Holder’s costume drawings for “The Wiz,” for which he won Tony Awards in 1975 for costume design and direction.

The correspondence includes letters between Holder and his brother in Trinidad, Boscoe, who was also an internationally known artist, dancer and choreographer; and between de Lavallade and her cousin, Janet Collins, whom she succeeded as principal dancer with the Metropolitan Opera Ballet. Collins was the first African American ballerina to become principal dancer at the Met.

“The conversations about their experiences are significant,” McDaniels says.

The collection could be the subject of a future exhibition once the materials are cataloged and described at a granular level, McDaniels says. He also envisions the collection leading to potential partnerships within the university and beyond.

“This collection represents an opportunity not only to pull different departments across campus together, but to create new bridges with the larger Atlanta community,” McDaniels says.

Preserving the legacy of these artists fits with the Rose Library’s “dedication to creativity in all of its forms,” notes Jennifer Meehan, Rose Library’s interim director.

“The Holder/De Lavallade collection represents a wonderful addition to the Rose Library, substantially expanding our holdings on African American arts and artists to include this vital resource on the performing and visual arts,” Meehan says. “This collection and its creators will be sources of inspiration for students, artists and scholars for years to come, opening up new avenues for exploration and creativity in theater, dance and the arts.”

A legacy of creativity

De Lavallade, 87, was born in Los Angeles in 1931 to black Creole parents from New Orleans. After her high school graduation, she received a scholarship to train with modern dancer and choreographer Lester Horton and spent five years with his dance theater as a lead dancer.

She moved to New York in 1954 and made her Broadway debut in Truman Capote’s musical “House of Flowers,” where she met Holder. The two married in 1955. De Lavallade starred in four movies in the mid to late 1950s, including “Carmen Jones” with Dorothy Dandridge in 1954 and “Odds Against Tomorrow” with Harry Belafonte.

De Lavallade taught movement for actors at Yale University and became a member of the Yale Repertory Company and the American Repertory Theater at Harvard University. She received a Kennedy Center Honor in December 2017.

Holder (1930-2014) was a dancer, choreographer, actor, sculptor, painter, photographer and designer. He directed a dance troupe from his native Trinidad and Tobago, and danced on Broadway and at the Metropolitan Opera. He choreographed for the Alvin Ailey Dance Theater and the Dance Theater of Harlem, and acted onstage and in films such as “Live and Let Die” (1973) and “Annie” (1982).

His work as a visual artist has been displayed in galleries and museums. Holder was a Guggenheim Fellow in Fine Arts for painting in 1956. Ricardo Montalban, Anthony Perkins and Lena Horne were among the many who sat for him.