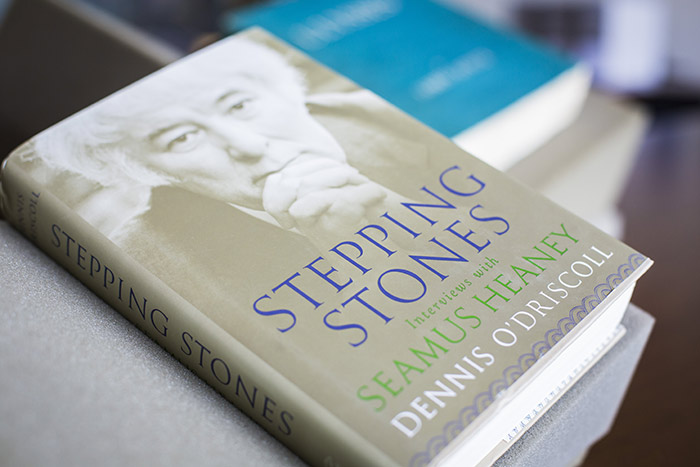 Irish poet Dennis O’Driscoll is known for “Stepping Stones,” his series of interviews with Seamus Heaney. Image from the Rose Library collections at Emory University. 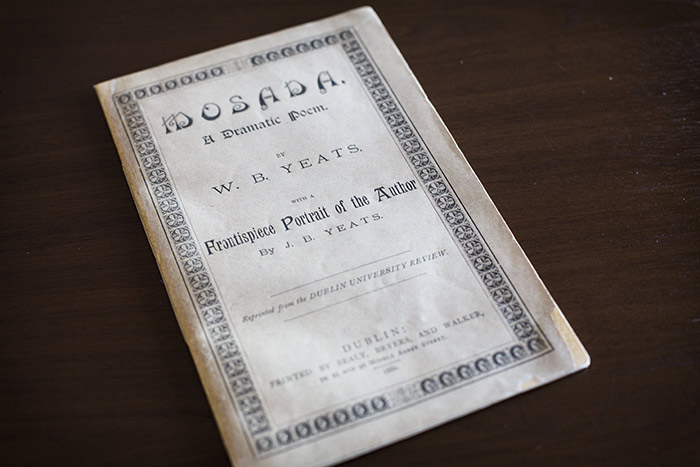 Ireland's ambassador to speak on Yeats at Emory in November

The Publishing Life of Seamus Heaney

Building on the strengths of its Seamus Heaney collection, Emory’s Stuart A. Rose Manuscript, Archives, and Rare Book Library has acquired the papers of poet Dennis O’Driscoll and historian Roy Foster, further enhancing one of the strongest Irish literary collections outside of Ireland.

O’Driscoll, known for his extraordinary series of interviews with Seamus Heaney that became “Stepping Stones” (2008), published nine books of poetry, three chapbooks and a collection of essays and reviews.

Seamus Heaney counted O’Driscoll as one of his closest associates. “Dennis was beloved by his friends for his originality as a poet, his acuity as a critic, his probity and courage and merriment as a man,” Heaney said after O’Driscoll’s sudden death in 2012. (Heaney died a year later.)

In the archives of Roy Foster, scholars will find material produced over a long career that has profoundly reshaped the study of Irish history, especially his critically acclaimed, two-volume biography of W. B. Yeats. Other notable works include biographies of Lord Randolph Churchill and Charles Stewart Parnell; “Vivid Faces: The Revolutionary Generation in Ireland, 1890-1923”; “Modern Ireland 1600-1972”; and “Paddy & Mr. Punch: Connections in Irish and English History.”

Foster influenced the Irish historical imaginations by expanding both the public and popular perceptions of the past, commented award-winning Irish writer Colm Tóibín during his November visit to Emory to deliver the 2017 Richard Ellmann Lectures in Modern Literature.

Other notable acquisitions to the Rose Library include the first play by W.B. Yeats, “Mosada,” and a first American edition of “Pomes Penyeach” by James Joyce. Only 20 known copies of the Yeats play still exist from an original printing of less than 100, and this one has a personal inscription from Yeats to a school friend. To secure the American copyright for the Joyce poems, 50 copies of this 1931 edition were printed in the U.S. The 13 poems are arranged chronologically on 17 pages in this slim volume, with each poem accompanied by the date and location of its composition over a 20-year period.

“There is no doubt that the histories of Irish poetry from Yeats to Heaney will be based on the numerous archives of Irish writers, north and south, in the Rose Library,” says Ronald Schuchard, Goodrich C. White Professor of English Emeritus.

Rose Library director Rosemary Magee welcomes all “to visit and explore the bounty of the thriving Irish Village at Emory. These significant additions to our materials deepen our commitment to collecting and connecting stories of human experience through literature and history.”