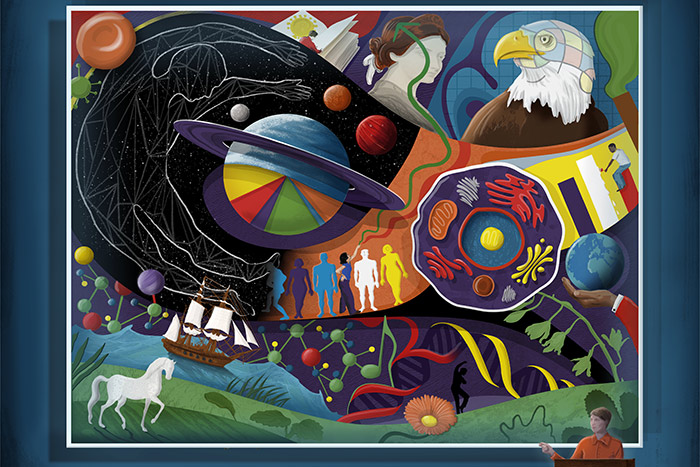 From unexpected, cross-topic courses to brand-new majors to total curriculum overhauls, Emory is rethinking the delivery of liberal arts education with students’ future realities in mind. Illustration by Sam Falconer. 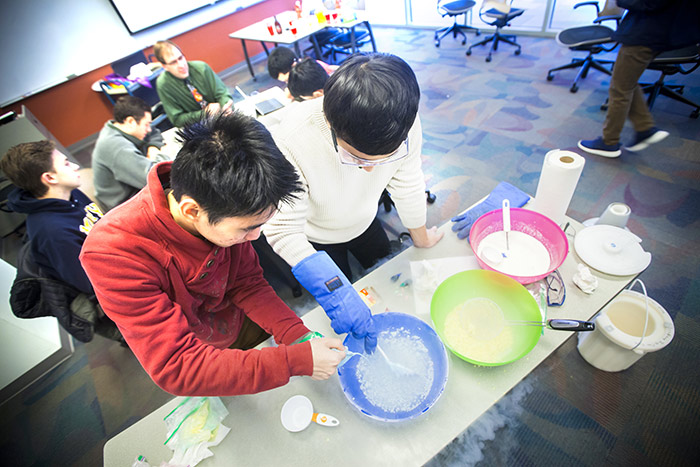 Emory is among the first major research universities to completely overhaul its chemistry curriculum in response to real-world needs. Emory Photo/Video 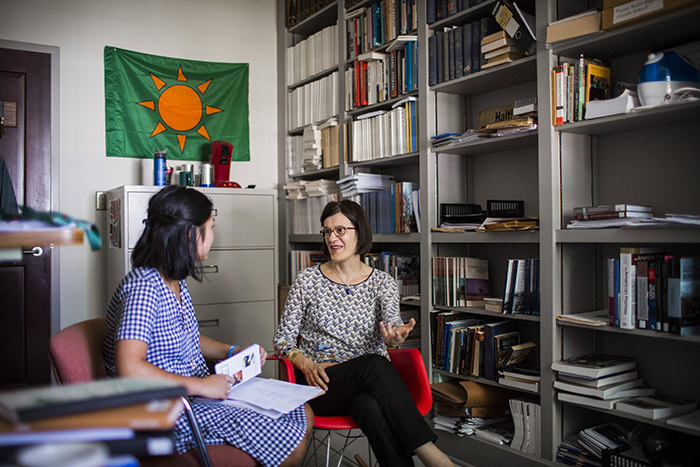 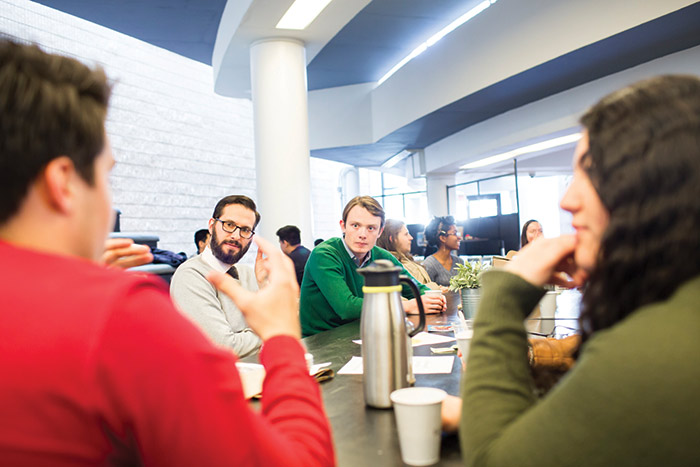 One of the goals of the IDEAS Fellows program is to increase meaningful interaction among faculty and students across disciplines, such as regular, casual gatherings at Kaldi's. Emory Photo/Video

David Kulp 20C felt somewhat anxious when he signed up for an introductory chemistry course at Emory last year.

Understandably so. His last taste of chemistry dated back to sophomore year of high school. On top of that, he spent a gap year away from the classroom.

Now he was putting his dream of a medical career on the line with a deep plunge into basic chemistry that, while not a true weed-out class, could still prove extremely abstract.

Fortunately for him and his classmates, timing was good. They were the first students in Emory’s College of Arts and Sciences and Oxford College to experience a pilot program of the Department of Chemistry’s major overhaul of everything from introductory courses to capstone senior seminars. Called “Chemistry Unbound,” the program is one of the first from a major research university to completely rethink the way chemistry is taught.

"The idea is that you’re not just learning the facts, but also learning the chemistry behind how the world works,” says Doug Mulford, a senior chemistry lecturer and director of undergraduate studies for Emory’s chemistry department. “You’re also seeing how to construct a scientific claim and use evidence and reason to explain your argument. That level of critical thinking transcends chemistry.”

Four intradisciplinary courses take the place of yearlong studies of sub-areas such as organic and inorganic chemistry. The new program provides a more cohesive grounding for the many students who take foundational chemistry into other fields.