Behind the scenes at Winship

What you don't know... could save you 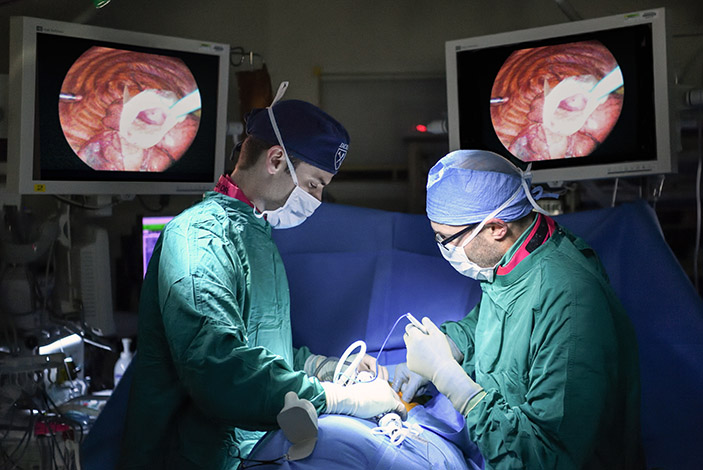 1 - Using minimally invasive surgery, Winship thoracic oncology surgeon Seth Force removes a nodule from patient Fred Erler's lung so it can be sent to the pathology lab, where a need biopsy can be performed. 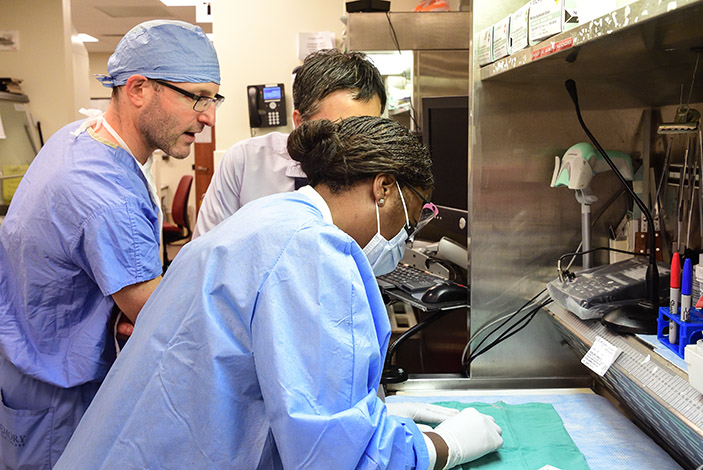 2) This testing is taken care of while the patient is still under sedation. If the nodule proves cancerous, Force can go back and remove the entire lobe of the lung. If it isn't cancerous, surgery will be over and Erler can go home the following day. 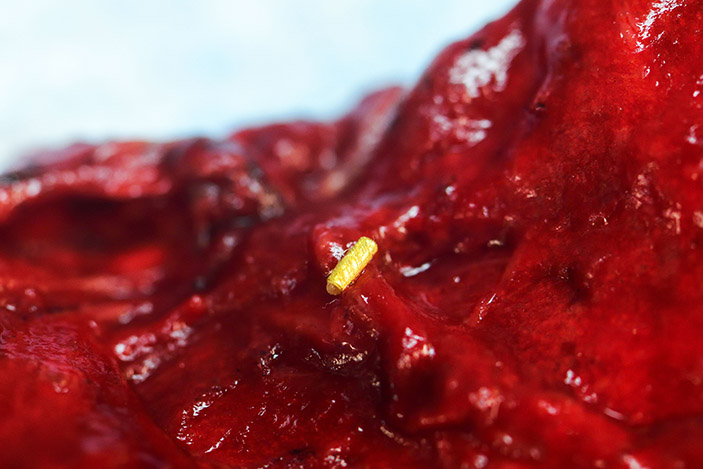 3) Locating a lung nodule during surgery can be difficult, so in this case, once the nodule is located, a tiny marker, called a fiducial, is inserted next to the nodule that helps Force locate and remove it quickly. 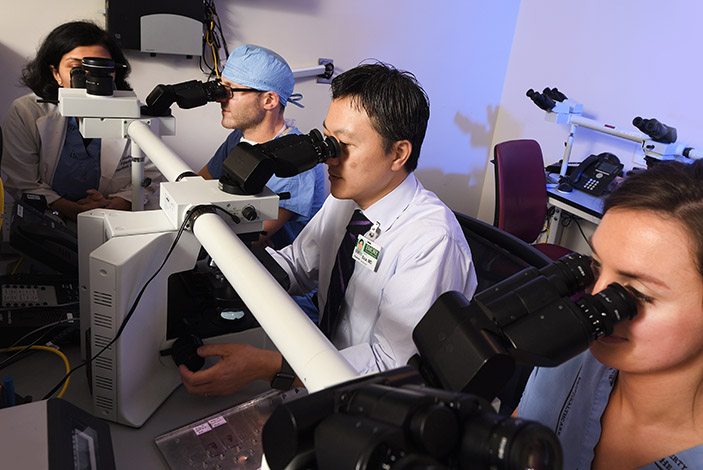 4) Working against the clock, pathologist Gabriel Sica and his team have 20 minutes to prepare the nodule for testing. 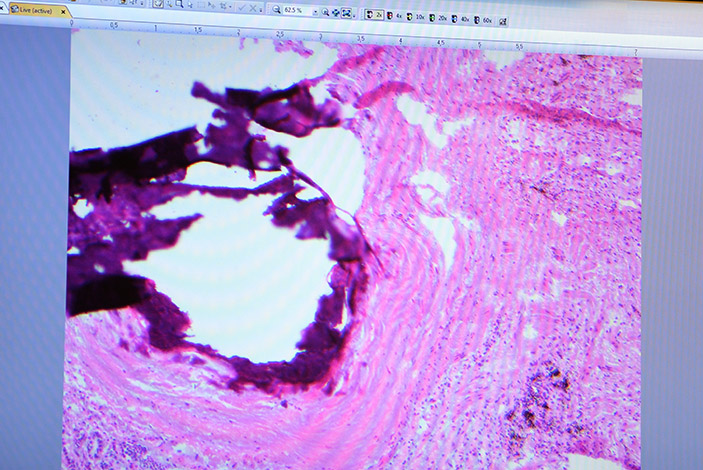 5) The determination: not cancer. Fred Erler is done with surgery and Force can tell his family the good news.

Patients usually don't see what goes on behind the scenes: the pathologists who scrutinize tissue to determine if it's cancerous; the medical dosimetrists who plot the paths of radiation beams so they hit the cancer and not the healthy tissue; the pharmacy technicians who mix precise doses of medicines for each individualized prescription.

Fred Erler faced the possibility that the nodule seen in his lung imaging could be cancer. A needle biopsy might indicate cancer, or it might be inconclusive. So Winship thoracic oncology surgeon Seth Force offered an alternative: minimally invasive surgery (1) to remove the nodule and take it immediately into the pathology lab to be tested (2), while the patient was still under sedation in the operating room. If it was cancerous, Force could go back and remove the entire lobe of the lung. If it wasn't cancerous, surgery would be over and Erler would go home the following day.

Locating a lung nodule during surgery can be difficult because our lungs are constantly moving as we breathe and, in this case, the nodule can be very small and not directly visible during surgery. So a tiny marker, called a fiducial (3), was inserted next to the nodule that helped Force locate and remove it quickly.

Working against the clock, pathologist Gabriel Sica and his team had 20 minutes to prepare the nodule for testing and make a determination: not cancer. (4 and 5) Fred Erler was done with surgery and Force could tell his family the good news.

"Once he's recovered, he will not need more follow-up," said Force. "He doesn't have to live with the uncertainty of having cancer."


More Behind the Scenes:

Dosimetry
Weeks before Brooke Gallivan started radiation treatments for a brain tumor, Winship medical dosimetrist (from the word "dose") Oluwatosin Kayode went to work mapping the path for the radiation waves to take.

The Chemo Room
It's not uncommon for cancer patients to receive three or more different medicines as part of their treatment regimens, and dosages can vary on every visit.