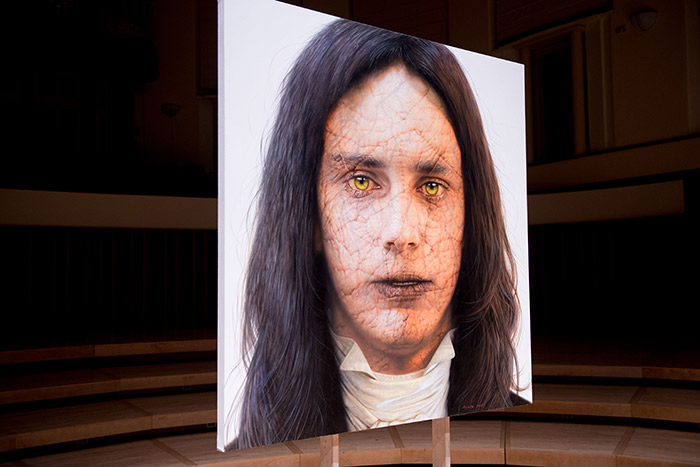 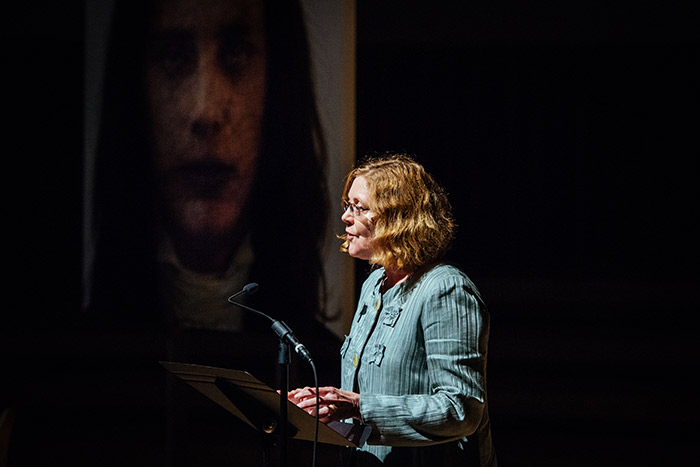 Emory President Claire E. Sterk spoke at the unveiling, with also kicked off FACE (Frankenstein Anniversary Celebration and Emory), a year-long, university-wide celebration of the 200th anniversary of the novel. Emory Photo/Video 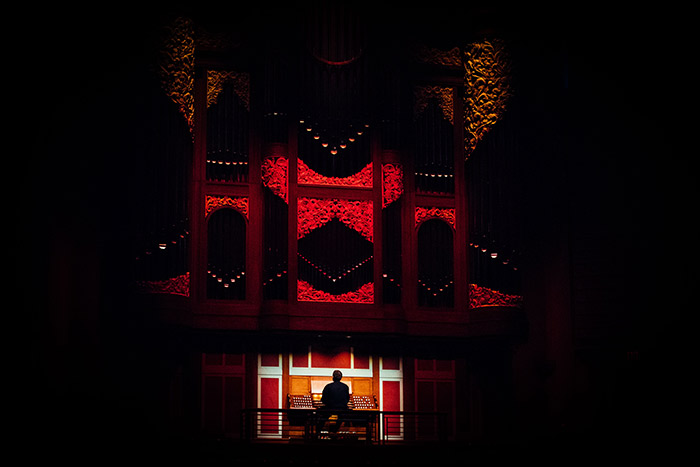 Emory University organist Timothy Albrecht performed during the event, setting the mood for a discussion of Rossin's vision of the famous literary character. Emory Photo/Video 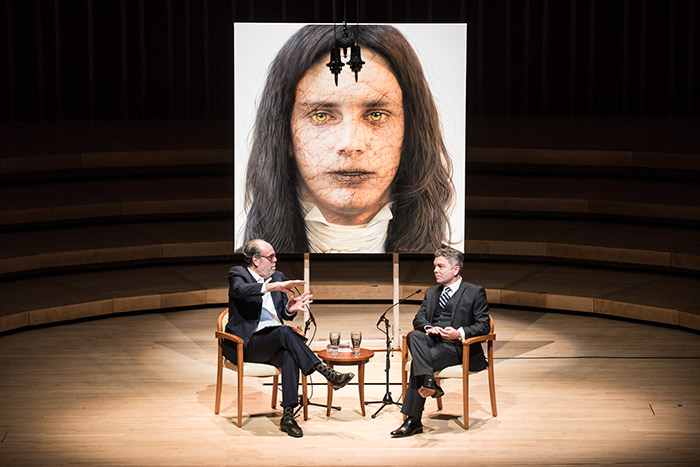 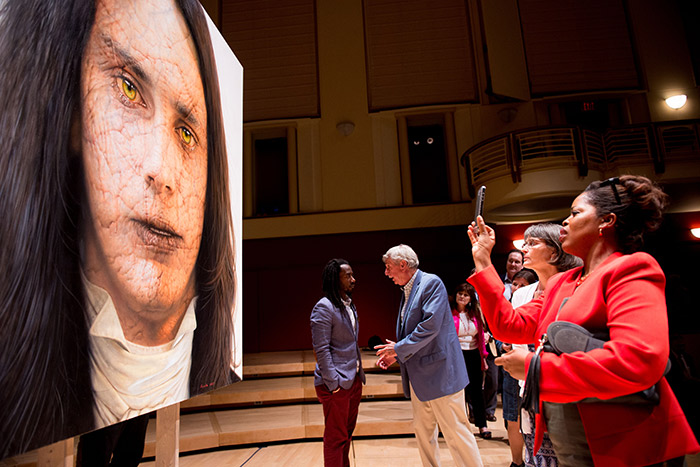 Rossin's son served as the model for the artist's interpretation of  the "tragic duality" of Frankenstein's creation, which was intended to be beautiful and powerful, but turned ugly and murderous. Emory Photo/Video

Rossin is Emory's 2017-2018 Donna and Marvin Schwartz Artist-in-Residence. His residency coincides with FACE (Frankenstein Anniversary Celebration and Emory), a year-long university-wide celebration of the 200th anniversary of the novel.

The artist's new depiction of Frankenstein’s creation departs from the standard movie monster.

The portrait of Frankenstein's Creation is now on display in the Chace Lobby on the second floor of the Schwartz Center for Performing Arts. The building is open to the public every day from 9 a.m. to 5 p.m. and, of course, during performances.

GPB is also airing a radio story about the event on "Two Way Street," hosted by Bill Nigut. It will be posted on the Two Way Street website and is currently scheduled to be broadcast on Sunday at 11 a.m. on 88.5 FM in Atlanta.