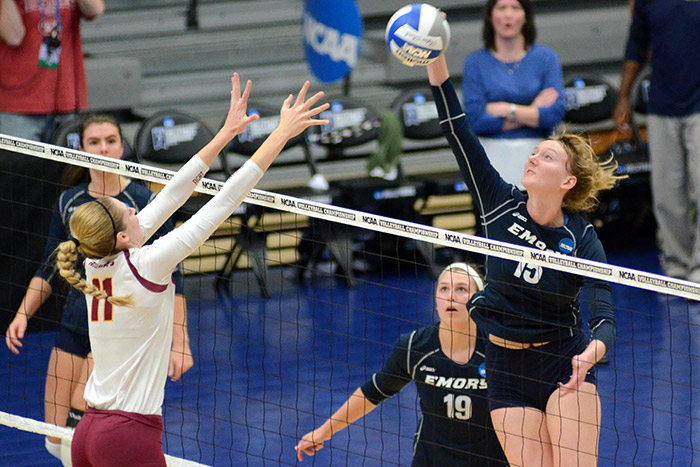 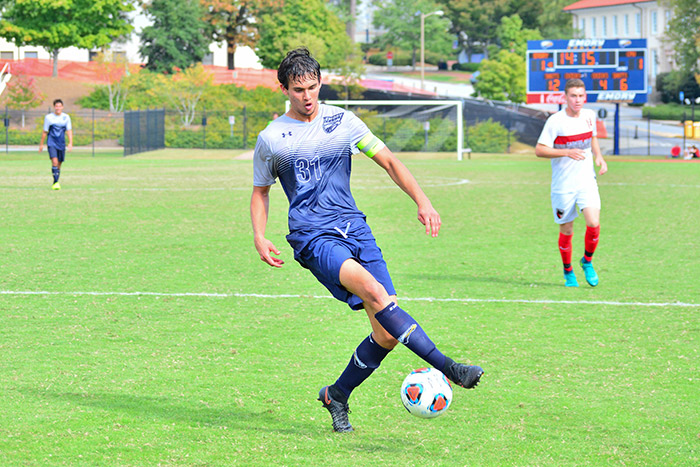 Men's soccer starts the season with the top five point-scorers from last year, including senior forward Jason McCartney, who was selected to the All-UAA First Team. 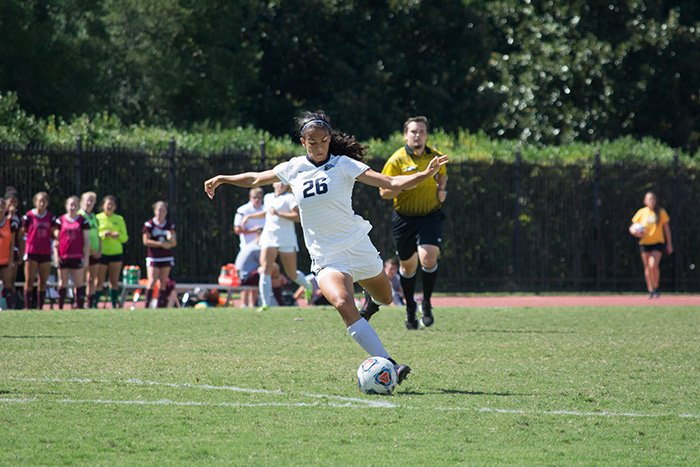 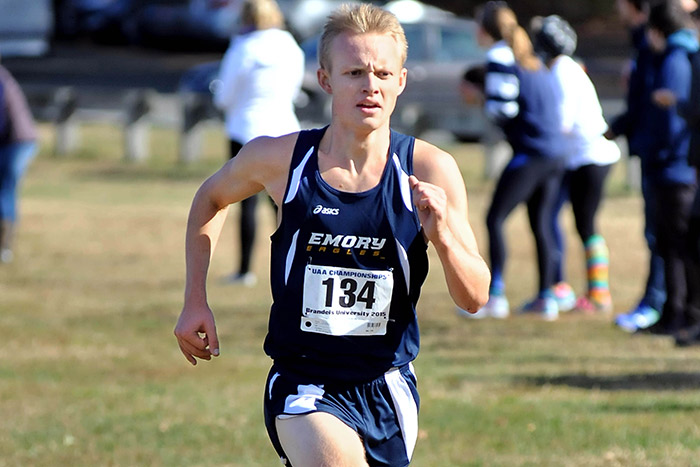 Cross country runner Bennett Shaw, a junior, was an all-region performer and scored in six of his seven competitions last season. 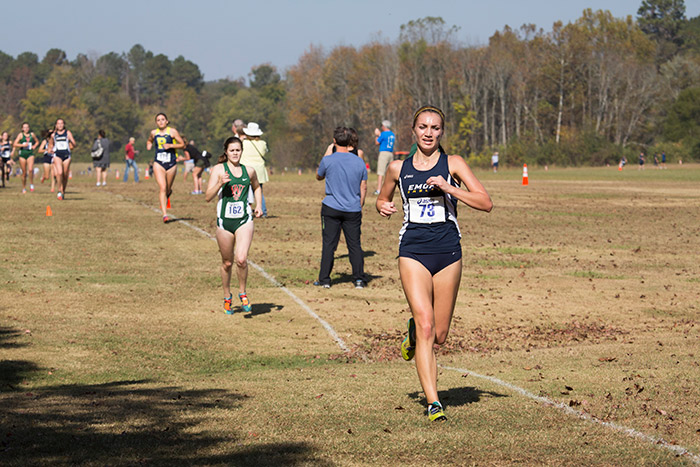 Emory's volleyball, soccer and cross country teams start their fall seasons Sept. 1, aiming to build on last year's success, when all posted winning records and volleyball advanced to the quarterfinals of the NCAA Championships.

After compiling a 33-6 record last year that included a 21st straight trip to the NCAA Tournament, the volleyball team looks to maintain its status as one of the premier programs in the nation.

The volleyball team begins the season Sept. 1 on the road, taking on Johns Hopkins University in the National Invitational Tournament, hosted by Wittenberg University in Springfield, Ohio. The team's first home games are Sept. 8-9 as the Eagles host the Emory Classic.

Head coach Jenny McDowell returns 14 veterans from last season’s squad that advanced to the national quarterfinals, including junior middle Sydney Leimbach who captured Honorable Mention All-America honors after ranking among the top 10 in the University Athletic Association in both hitting percentage and blocks.

Sophomore Morgan McKnight will be a key figure in the Eagles’ offensive attack from her outside hitting post, while junior defensive specialist/libero Becky Breuer looks to anchor the squad’s defensive effort after bringing home Second Team All-UAA kudos last season.

Head coach Sue Patberg will have an experienced women's soccer squad to work with, welcoming back 20 players from last year’s team that finished with an overall slate of 9-5-3.

The season begins Sept. 1 with an away game versus Georgia Gwinnett College. The team's first home game is Friday, Sept. 15, at 7 p.m. against Christopher Newport University.

Sophomore Shivani Beall will be a key component of the offensive attack after capturing First Team All-University Athletic Association honors and the league’s Rookie of the Year award. Senior Anna Gurney (Honorable Mention All-UAA in 2016), who has started 45 of her 52 career contests, and junior Jordan Doak should be mainstays at midfield.

On the backline, junior Danielle Darius earned conference recognition last season, while classmate Nikki Batt has proven herself as a dependable performer. In the all-important goalkeeping position, a spirited competition will be waged between junior Dani Staffin and sophomore Haley Pratt.

Interim Head Coach Cory Greiner will patrol the sidelines for the men’s soccer team, with the Eagles looking to notch the program’s 17th consecutive winning season.

The men's soccer team starts the fall season at home for the Sonny Carter Invitational, where you can catch them in action on Friday, Sept. 1, at 4:30 p.m. against N.C. Wesleyan and Saturday, Sept. 2, at 7 p.m. against Pacific Lutheran.

Emory returns its top five point-scorers from last year, including senior forward Jason McCartney, who was selected to the All-UAA First Team after totaling 21 points on seven goals and seven assists.  Senior Christian Meyer is a dangerous striker who ranked third on the Eagles’ score sheet last season. Junior midfielder Moustafa Khattab, a Second Team All-UAA pick in 2016, is a talented offensive force who ranked second on the squad’s score sheet.

Seniors Cody Gardiner, a Second Team All-UAA honoree, and Georges Daoud will spearhead a strong backfield that should make it tough for opponents to come up with good scoring opportunities.

The Emory men’s cross country team will be aiming to race to the program’s fifth straight appearance in the NCAA Championships. The team's first fall competition will be Sept. 1 when the Eagles compete in the Watermelon Run at Mount Berry, Georgia.

The Eagles lose nine seniors from last year’s unit that posted a 24th-place finish at nationals, but welcome back to the fold a solid stable of runners. Junior Bennett Shaw, an all-region performer, is an Eagle to keep an eye on after scoring in six of his seven competitions last season.

Senior Shane Sullivan, buoyed by a fine showing during the outdoor track season, could be in store for a big year after scoring for the team in all four of his outings. Sophomore Luis Torres has a year of experience under his belt after ranking among the team’s top-five finishers in four of six events.

Coming off a season that saw it advance to its 12th straight NCAA D-III Championships appearance, the Emory women’s cross country team eagerly looks forward to 2017. As with the men's team, fall competition begins Sept. 1 with the Watermelon Run at Mount Berry, Georgia.

Head coach John Curtin heads into his 32nd campaign with a solid group of returnees, headlined by senior Gabrielle Stravach, who finished as the program’s top runner in all seven of her competitions. Stravach raced to Second Team All-UAA honors a year ago and was an all-region performer.

Senior Tru Powell provided consistency and productivity in 2016, finishing among the Eagles’ top five in all seven of her races. Junior Maeve Andrews and sophomore Meredith Hughes distinguished themselves last year with all-region honors and are eyeing big seasons. Senior Megan Waples is another battle-tested runner who landed all-region kudos in 2016.