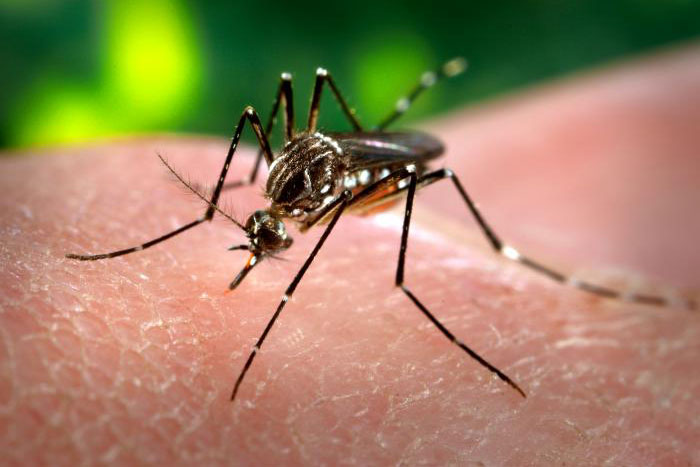 "You can't stop evolution," Emory disease ecologist Gonzalo Vazquez-Prokopec says, explaining that it is a natural process for mosquitos to mutate in response to insecticides. CDC photo by James Gathany. 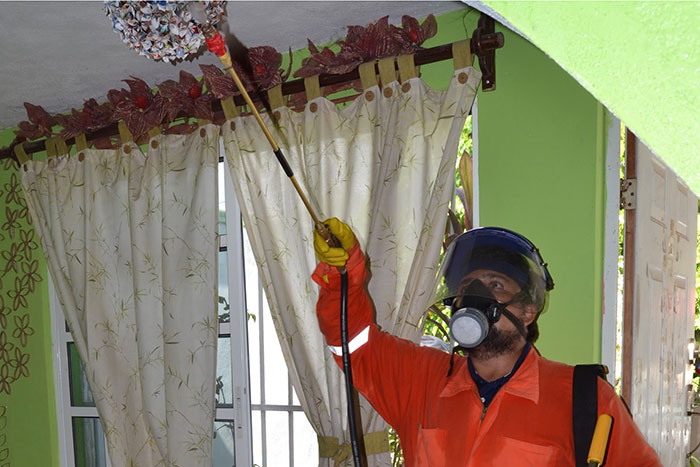 A research technician sprays the ceiling and walls of a home in Merida, Mexico, as part of the first study to show how vital insecticide-resistance monitoring is to control a mosquito that can spread the Zika virus. Photo by Nsa Dada.

Zeroing in on 'super spreaders' and other hidden patterns of epidemics Feb. 25, 2016

One of the most common insecticides used in the battle against the Aedes aegypti mosquito has no measurable impact when applied in communities where the mosquito has built up resistance to it, a study led by Emory University finds.

The study is the first to show how vital insecticide-resistance monitoring is to control the Aedes mosquito — which carries the viruses that cause Zika, dengue fever and yellow fever.

“The results are striking,” says Gonzalo Vazquez-Prokopec, a disease ecologist at Emory and first author of the study. “If you use the insecticide deltamethrin in an area with high-deltamethrin resistance, it’s the same as if you didn’t spray at all. It does not kill the Aedes aegypti mosquitos. The efficacy is not different to a control.”

The results of the randomized, controlled trial are important because some public health departments in places where Zika and dengue viruses are endemic do not necessarily monitor for insecticide resistance.

“The recent epidemic of the Zika virus has raised awareness that we need to focus on what really works when it comes to mosquito control,” Vazquez-Prokopec says. “The data from our study makes a bold statement: Any mosquito-control program involving spraying insecticides needs to be based on knowledge of the current levels of insecticide-resistance of the local mosquitos.”

It is not difficult to determine levels of insecticide resistance, he adds. Public health workers can use standardized bioassays to coat a bottle with an insecticide in a specific dose. They can then introduce mosquitos from the area to be monitored into the bottles and observe the number of them killed after 24 hours.

The current study — conducted in three neighborhoods of Merida, Mexico — measured the efficacy of indoor residual spraying against adult Aedes aegypti mosquitos in houses treated with either deltamethrin (to which the local mosquitos expressed a high degree of resistance) or bendiocarb (another insecticide to which the mosquitos were fully susceptible), as compared to untreated control houses.