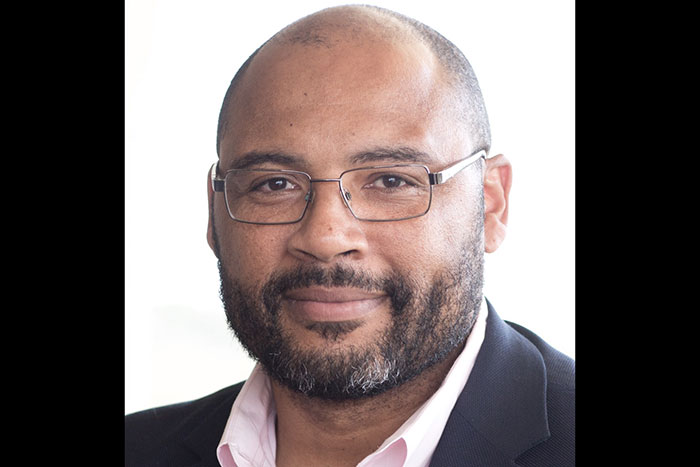 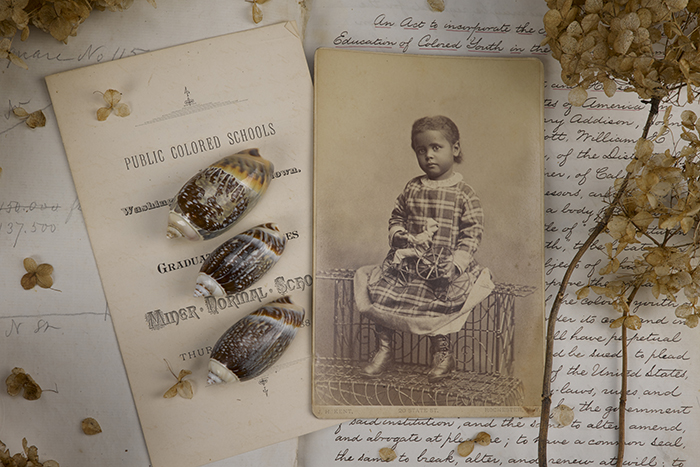 One of the vignettes of Rose Library collection materials, from “What Must Be Remembered.” Photographed by Paige Knight/Emory Libraries.

McDaniels received the award for “What Must Be Remembered: An Exhibition Inspired by Natasha Trethewey’s book, ‘Native Guard,’” based on the two-term U.S. poet laureate’s Pulitzer Prize winning collection of poems juxtaposing personal memory and the history of black soldiers during the Civil War.

The exhibition debuted at Emory’s Schwartz Center for the Performing Arts in February 2014, was on display during the Alliance Theatre during the run of the play, “Native Guard,” (also inspired by Trethewey’s poetry) and was displayed in Woodruff Library in 2016.

The exhibition featured large photographic vignettes of Civil War-era materials from the Rose Library, which reflected on aspects of African American life during the war, including womanhood, manhood, labor and commerce, childhood and education, and life as a soldier.

“This project speaks to the value of primary research—and its centrality to the entire academic community—by affirming the interpretive interplay between poetry, scholarship, and visual art,” says Rosemary M. Magee, director of the Rose Library.

“Award reviewers noted that ‘What Must Be Remembered’ is an exceptional example of collaboration between a historian and a visual artist using primary source materials,” according to a CRL announcement. “By taking material evidence from the lives of enslaved African Americans and applying an interpretive lens, a fuller understanding of the African American experience is achieved.”

The Center for Research Libraries created the CRL Primary Source Awards in 2009 to recognize innovative uses of primary source materials by faculty, librarians and library staff, students and other researchers in the CRL community. Awards are granted in three areas: access, research and teaching.