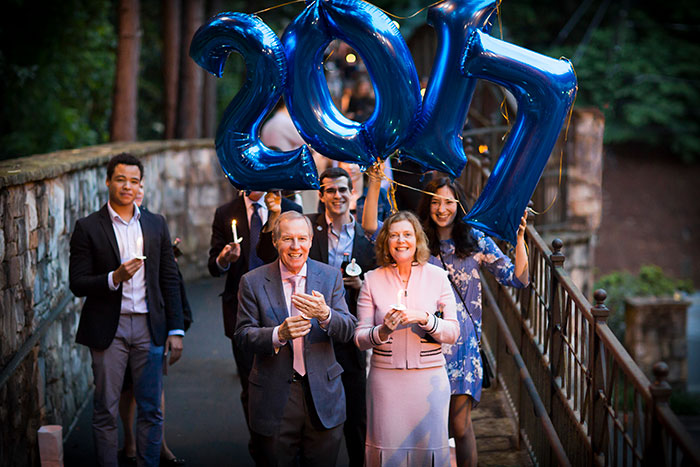 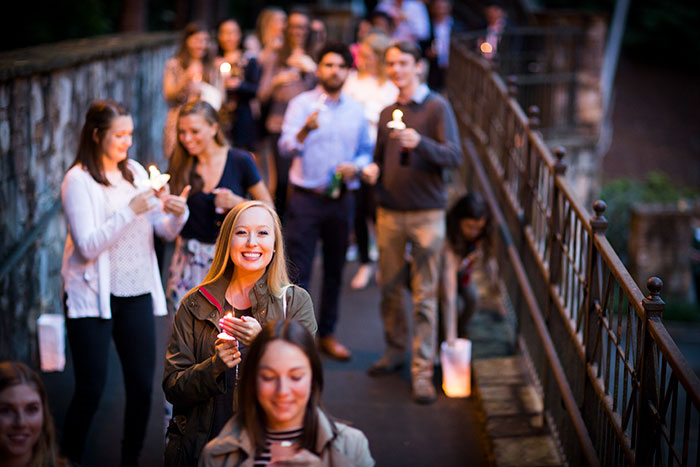 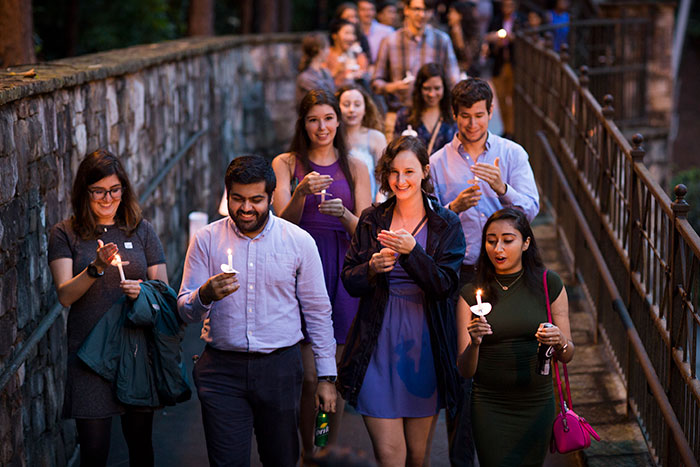 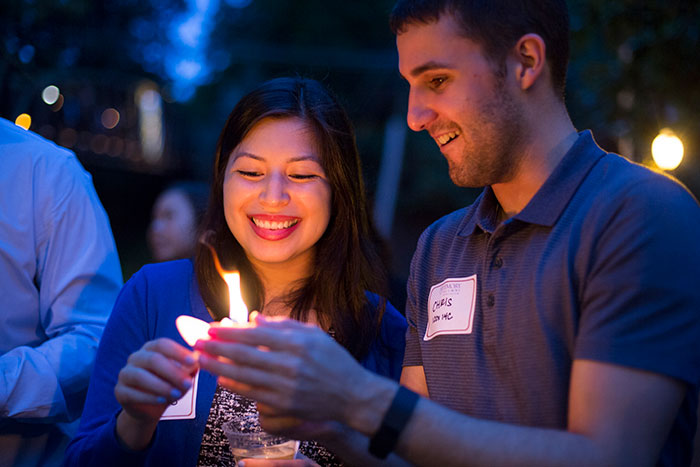 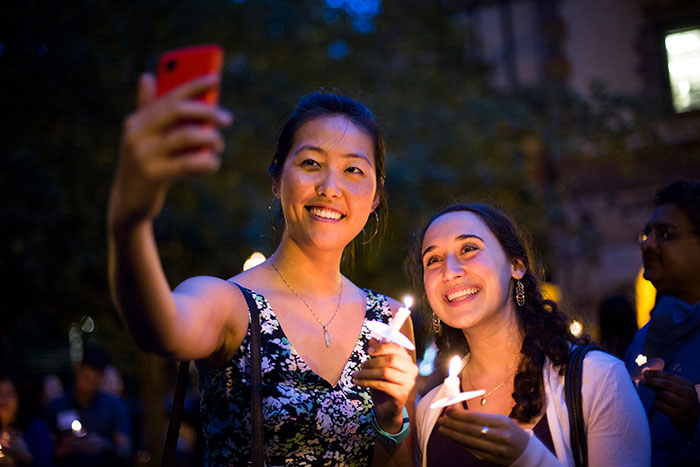 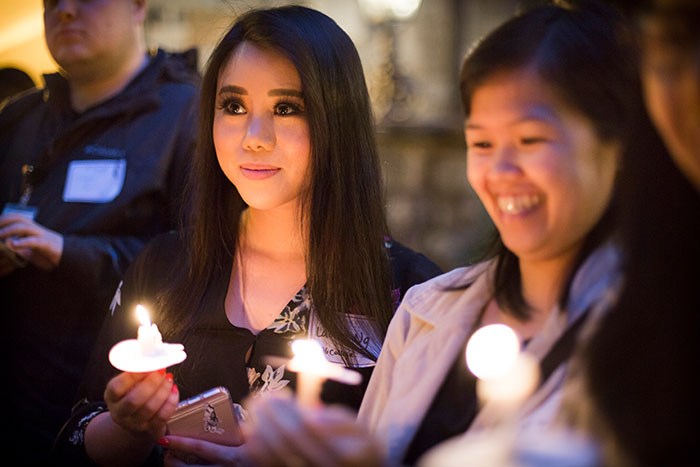 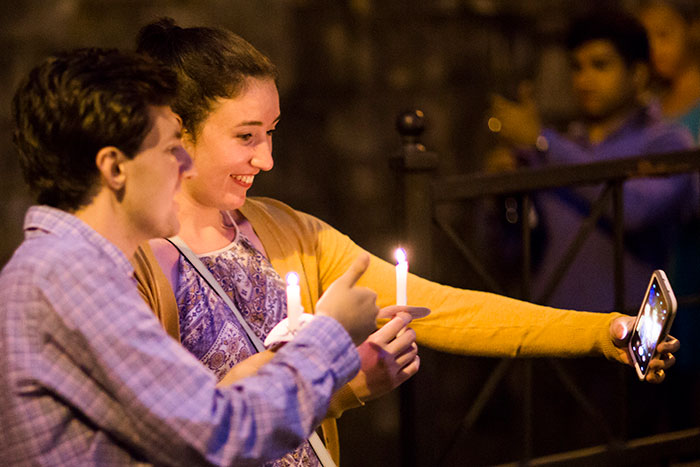 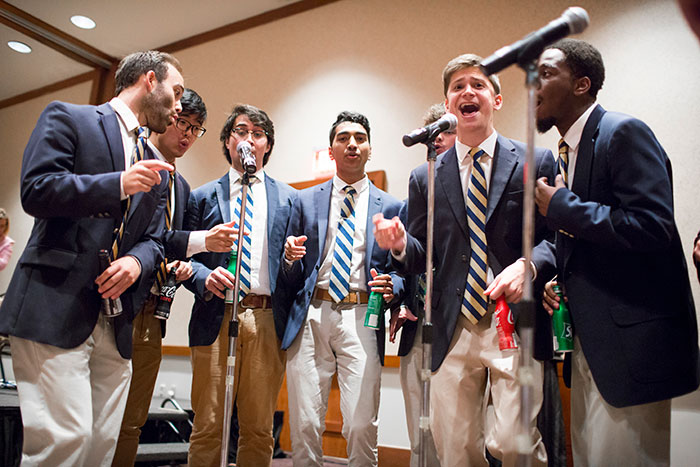 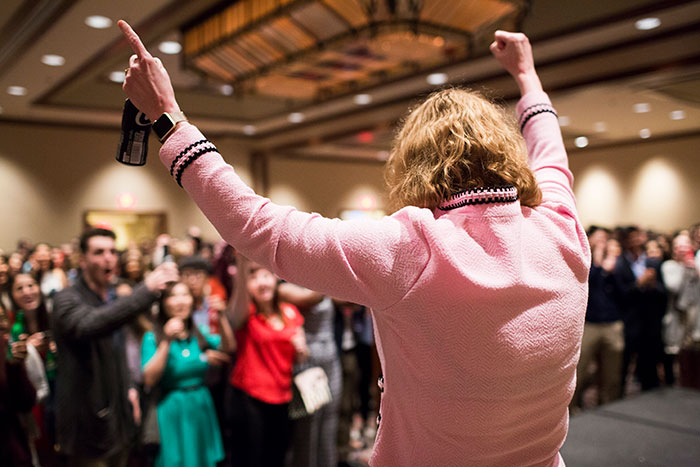 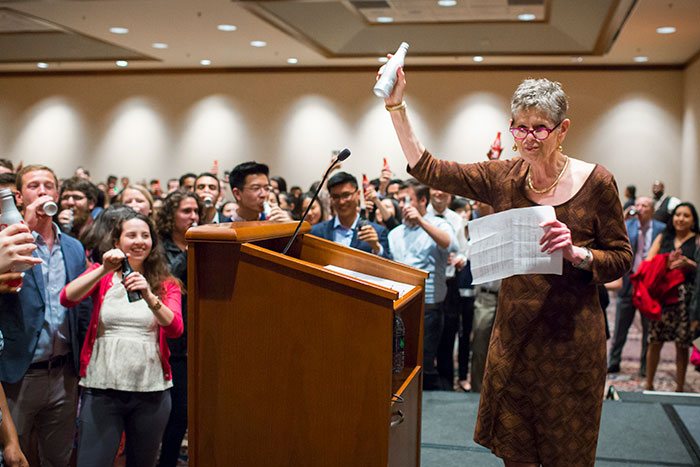 Undergraduates in the Class of 2017 gathered May 4 for the Candlelight Crossover, a treasured Emory tradition marking their transition from students to alumni.

Following Class Day in Glenn Memorial Auditorium, students gathered for a reception at the Emory Conference Center Hotel, concluding with a Coca-Cola Toast led by Emory President Claire E. Sterk and religion professor Bobbi Patterson, similar to the toast that welcomed them to campus four years ago.