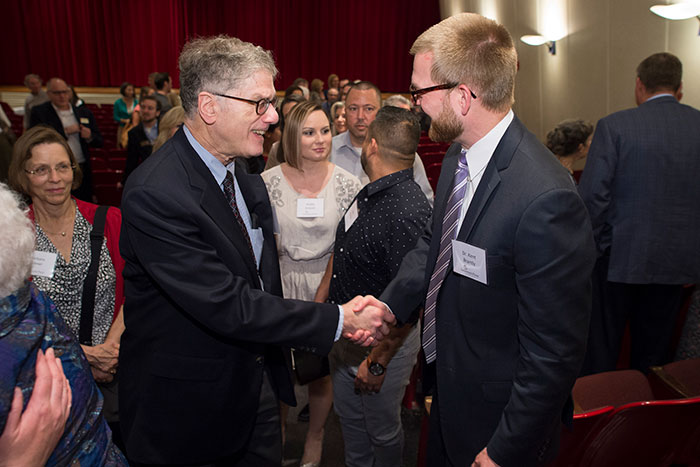 Bruce Ribner, medical director of Emory’s Serious Communicable Diseases Unit, shakes hands with former patient Kent Brantly, who was diagnosed with Ebola virus disease while serving as a doctor in West Africa and was evacuated to Emory University Hospital. 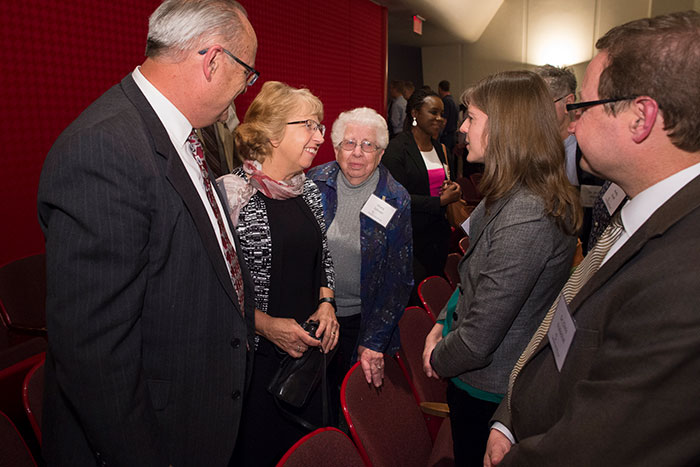 Emory physician Colleen Kraft catches up with David and Nancy Writebol at the Atlanta premiere of "Facing Darkness." Nancy Writebol was the second patient treated at Emory for Ebola virus disease. 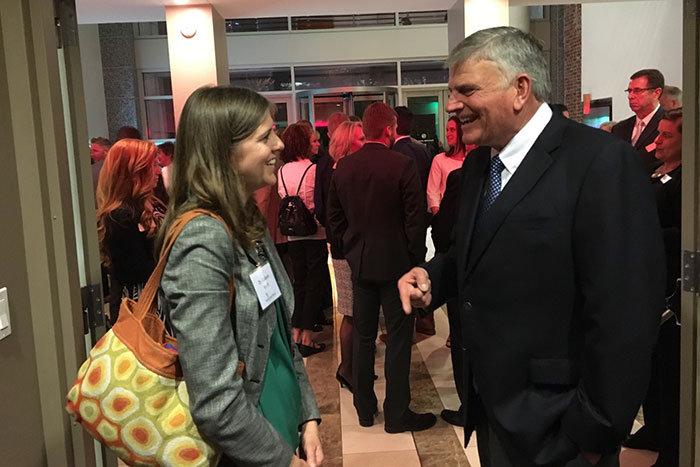 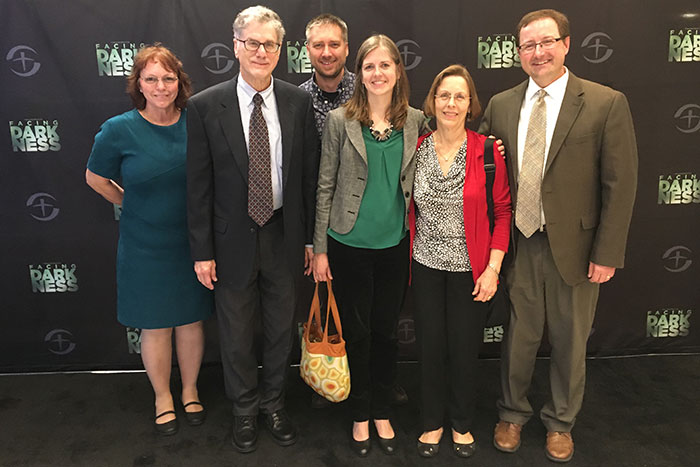 More news about Ebola at Emory

The documentary tells the story of how Samaritan’s Purse dedicated its people and its resources to care for West Africans as the Ebola pandemic swept through their land.

His colleague, Nancy Writebol, working at the same hospital in Liberia, would soon join Brantly at Emory with the same diagnosis. Emory would go on to treat a total of four patients with Ebola.

Both Brantly and Writebol attended the March 30 documentary showing, as did their Emory care team members — physicians Bruce Ribner, Colleen Kraft and G. Marshall Lyon, along with Sharon Vanairsdale, MS, APRN, program director of the SCDU. The Emory team had the opportunity to visit with their former patients after the movie.

"Facing Darkness" was shown at 725 theaters in 600 cities nationwide on March 30. There was also an encore showing April 10 at theaters around the country. The Samaritan’s Purse film is expected to be on DVD and Blue-Ray soon. For more information and to watch the trailer, visit the "Facing Darkness" website.