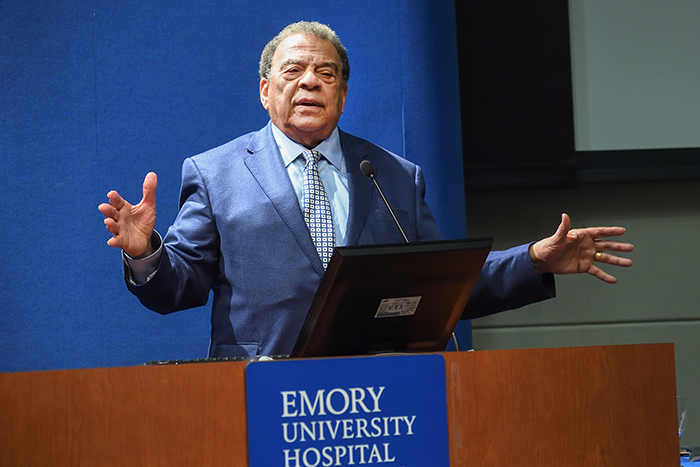 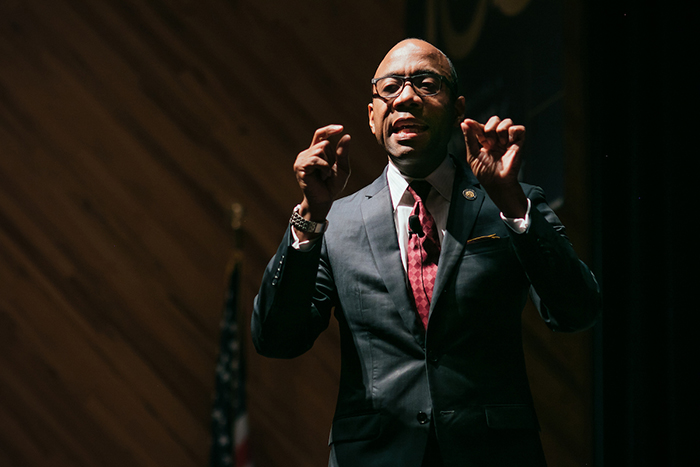 In a Jan. 12 speech at Emory Law’s MLK Day celebration, NAACP President and CEO Cornell Brooks said, “Right is right. Just is just. And, if not, we can make it so.” Photo by Annalise Kaylor. 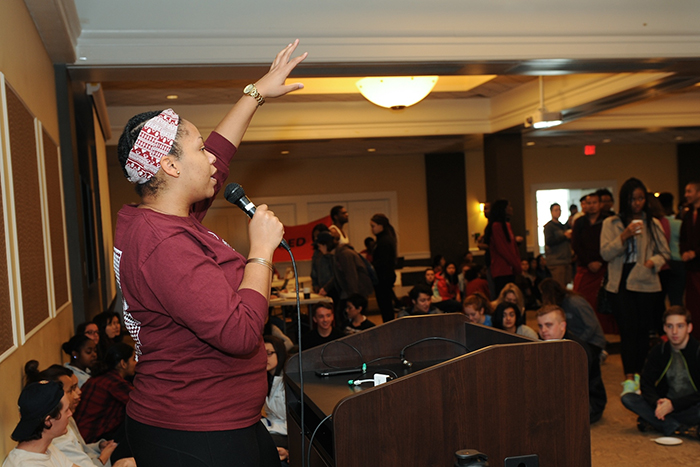 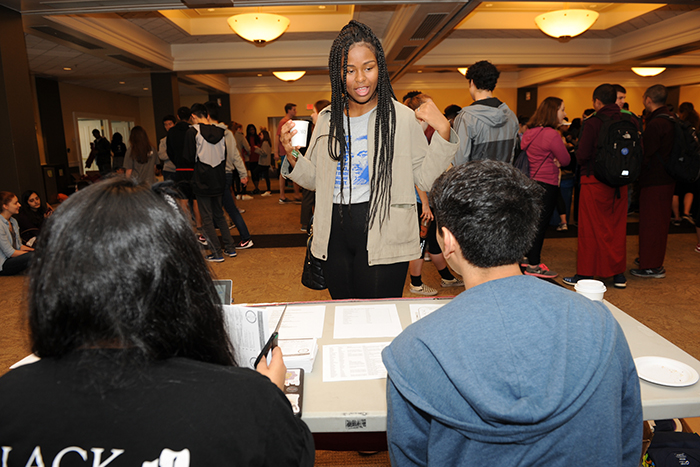 Students gathered in the Cox Hall Ballroom before departing for 16 service trips around Atlanta organized by Volunteer Emory. 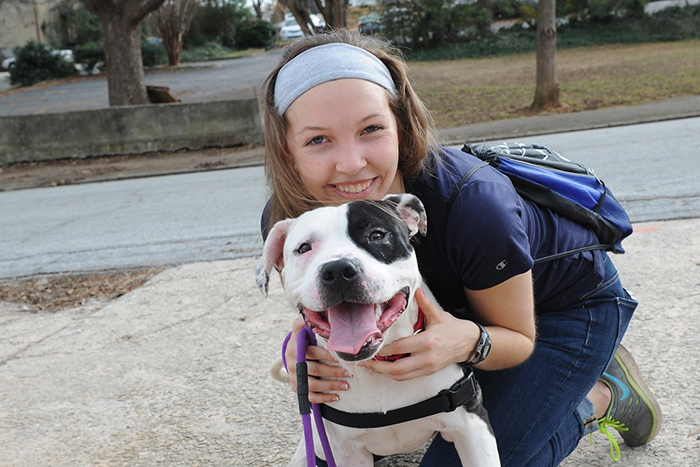 Students who volunteered for Lifeline Animal Project helped with a variety of tasks for the animal welfare organization. 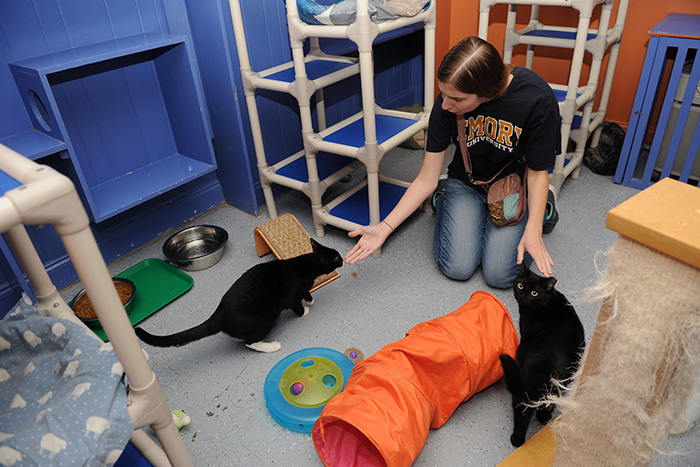 Students fed and played with cats who are awaiting adoption. 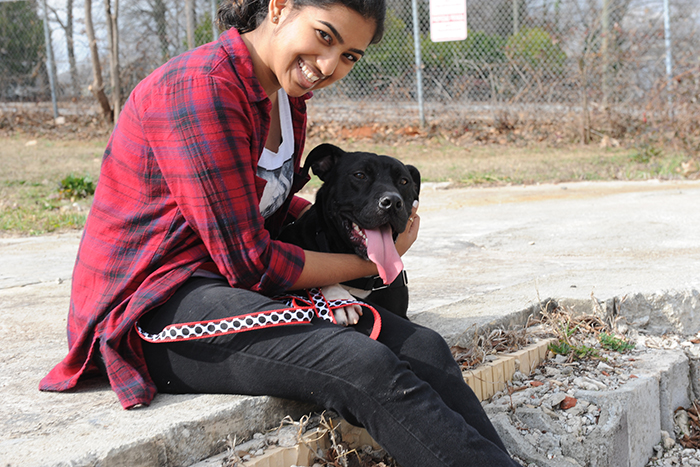 Emory volunteers also enjoyed plenty of wagging tails as they walked dogs at the shelter. 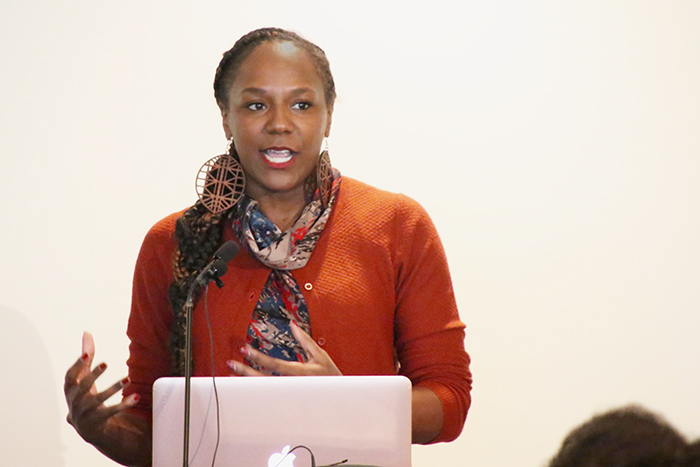 Bree Newsome, who made headlines when she scaled the flagpole at the South Carolina Capitol to remove the Confederate flag, was the keynote speaker for Emory's MLK Holiday Observance on Jan. 17.

The Emory community joined the nation in celebrating the legacy of Martin Luther King Jr. through community service and events featuring inspiring speakers who encouraged students, faculty and staff to continue working for social justice.

Emory's events kicked off Thursday, Jan. 12, with two guest speakers. Ambassador Andrew Young, a colleague and friend of King, drew a standing-room-only crowd at Emory University Hospital Midtown for a program that was simulcast to Emory University Hospital and Emory Saint Joseph’s Hospital.  Cornell Brooks, president and CEO of the NAACP, also drew a packed house and standing ovation for his speech at Emory Law's annual MLK program.

The official Martin Luther King Jr. Day — Monday, Jan. 16  — was a university holiday, but the Emory community joined in service projects throughout Atlanta to take a "Day On" to help others instead of just a day off.

The commemoration continued on Tuesday as artist and activist Bree Newsome, who made headlines for scaling the 30-foot flagpole in front of the South Carolina statehouse and removing the Confederate flag after nine people were killed in a racist hate crime at Emanuel African Methodist Episcopal Church in Charleston, addressed Emory's Martin Luther King Holiday Observance.