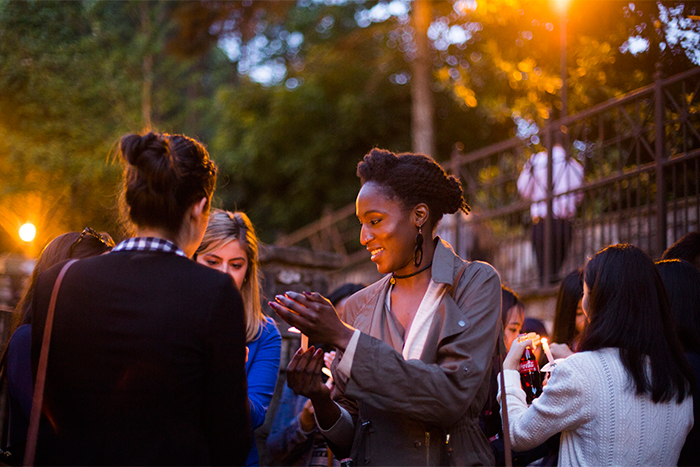 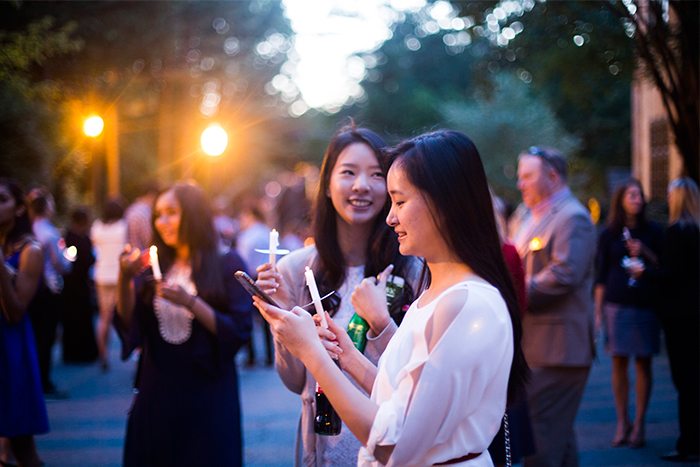 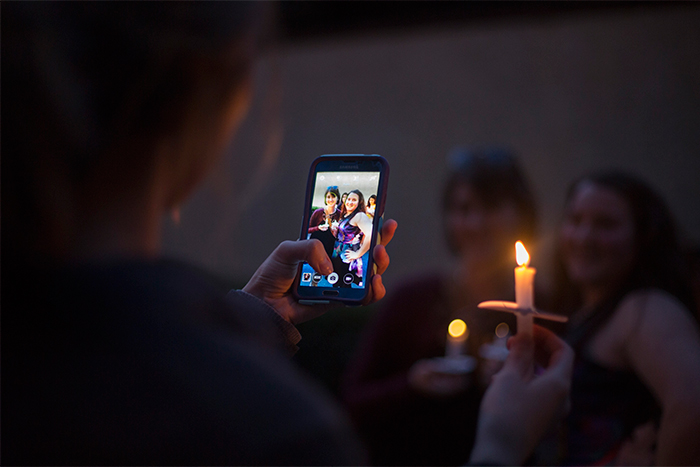 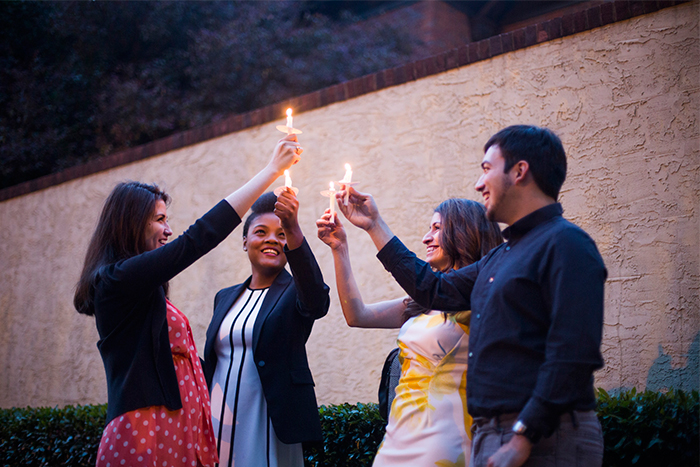 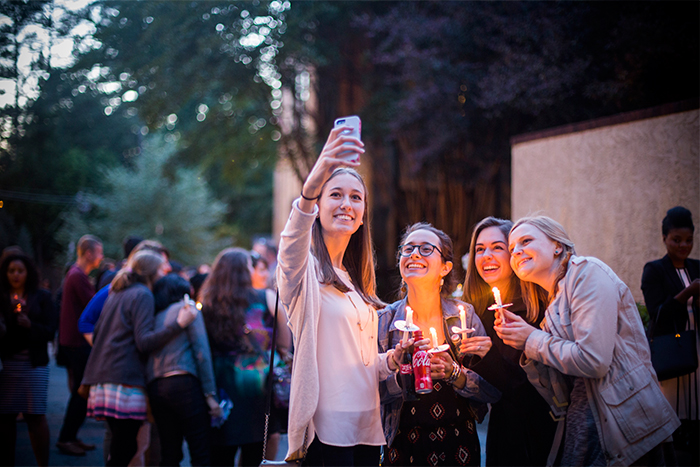 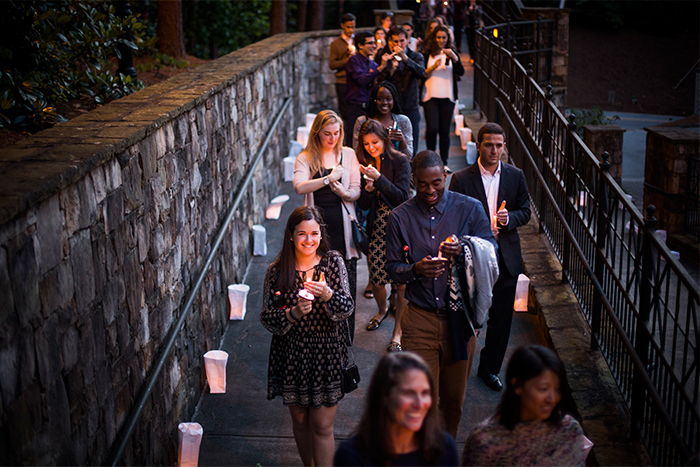 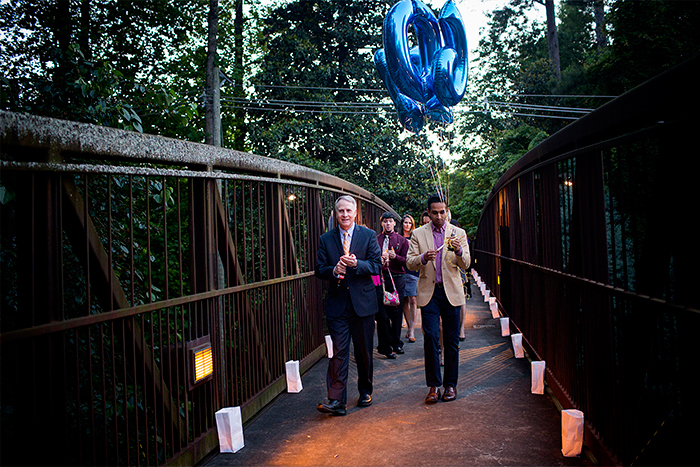 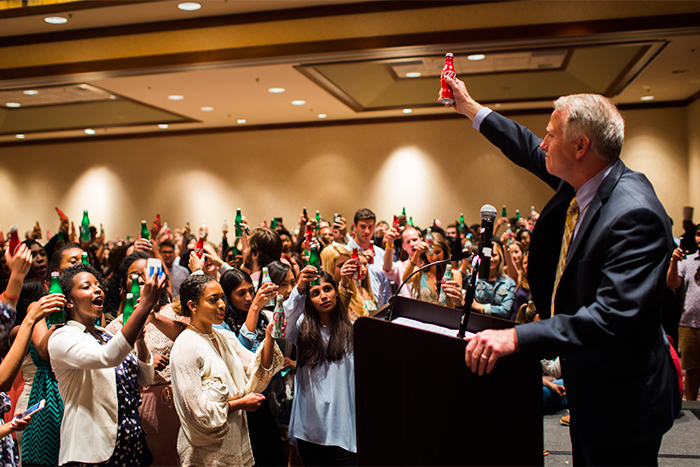 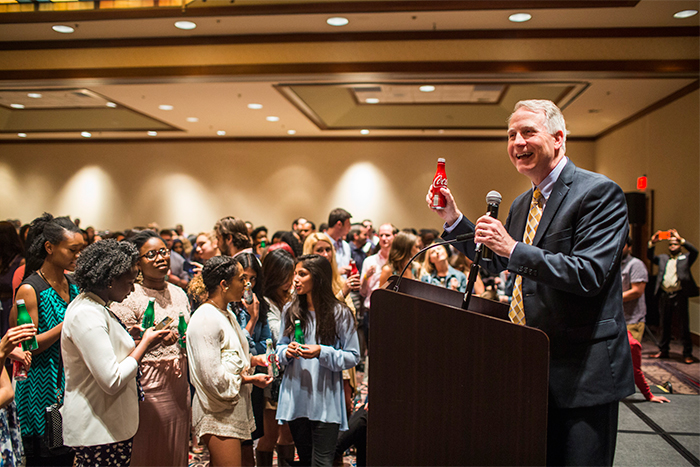 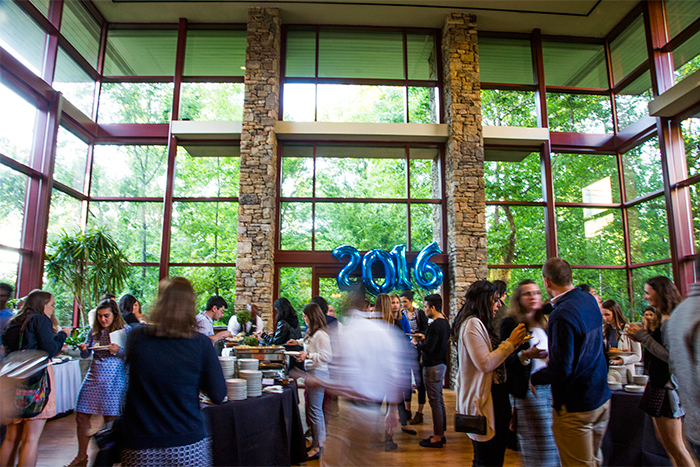 Undergraduates in the Class of 2016 gathered May 5 for the Candlelight Crossover, a treasured Emory tradition marking their transition from students to alumni.

Following Class Day in Glenn Memorial Auditorium, students gathered for a reception at the Emory Conference Center Hotel, concluding with a Coca-Cola Toast led by Emory President James Wagner similar to the toast that welcomed them to campus four years ago.

Class of 2016 distinguished by commitment to service, community May 9, 2016