Traveling exhibit showcases postcards of nurses throughout the 20th century 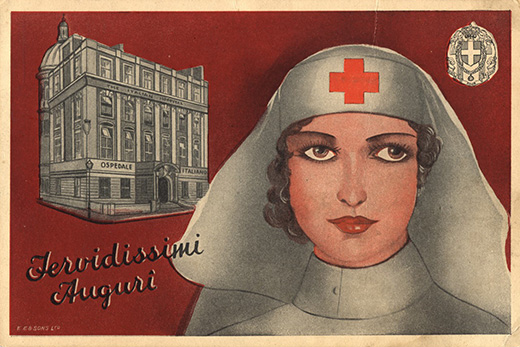 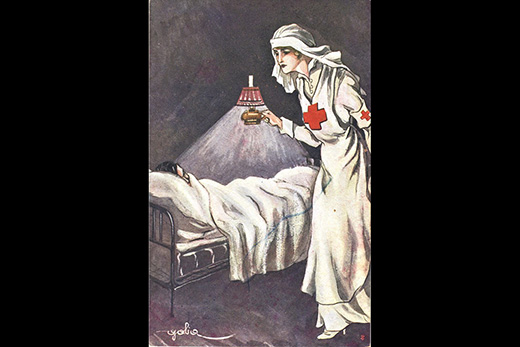 An illustration of a nurse checking on a patient, ca. 1915 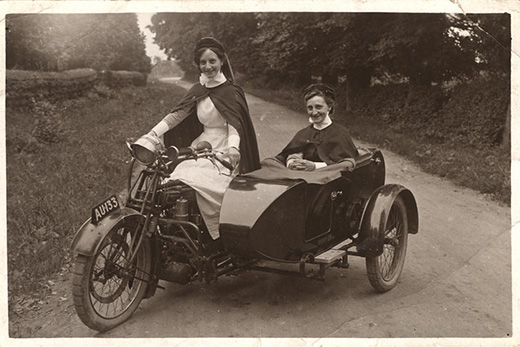 In the United Kingdom, district nurses in the early 20th century sometimes used motorbikes to reach people in remote areas. 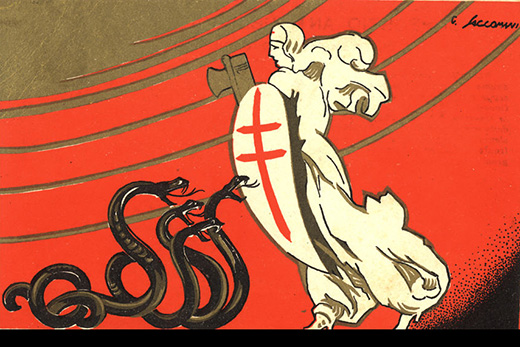 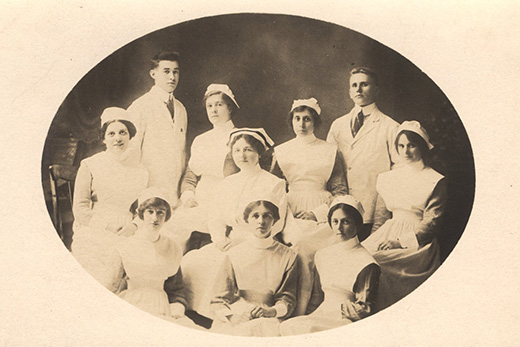 A traveling exhibit called "Pictures of Nursing: The Zwerdling Postcard Collection" is now on view at Emory University's Woodruff Health Sciences Center Library. Located near the main entrance of the library, the exhibit explores cultural views of nursing in the 20th century through the art form of postcards.

The six-panel exhibit highlights pieces from an archive of 2,588 postcards from around the world that depict nurses and the nursing profession. Produced between 1893 and 2011, the postcards shed light on cultural values and attitudes towards gender, class, race and nationality at the times of their creation.

Subjects explored by the exhibit include the religious and cultural origins of nursing, the historical status of nursing as a career, the gender dynamics of the profession, and the artistic representation of nurses throughout the 20th century.

The exhibit, which began traveling around the United States in November 2014, was developed and produced by the National Library of Medicine, National Institutes of Health. The exhibit will be on display until March 20 at the Woodruff Health Sciences Center Library.