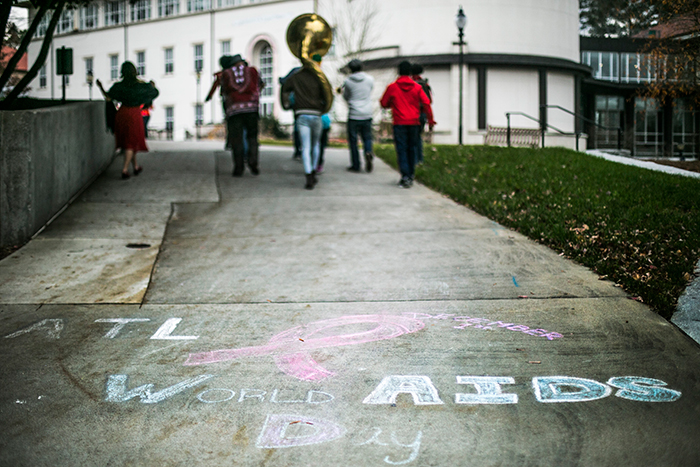 World AIDS Day is held each year on Dec. 1 to remind everyone that the worldwide struggle against the disease remains urgent. Emory recognized the day with a series of events on campus. 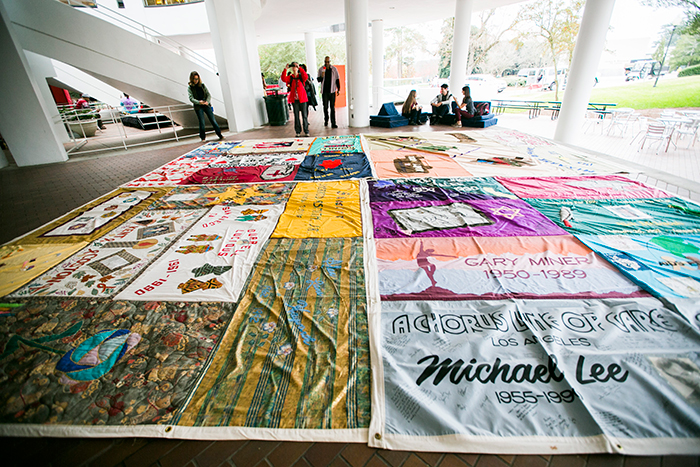 For the past decade, Emory's annual Quilt on the Quad, the largest collegiate display of AIDS Memorial Quilt panels in the U.S., has served as a reminder to anyone walking through campus. The quilt was moved indoors to the Dobbs University Center (DUC) and Atwood Chemistry Center due to the possibility of rain. 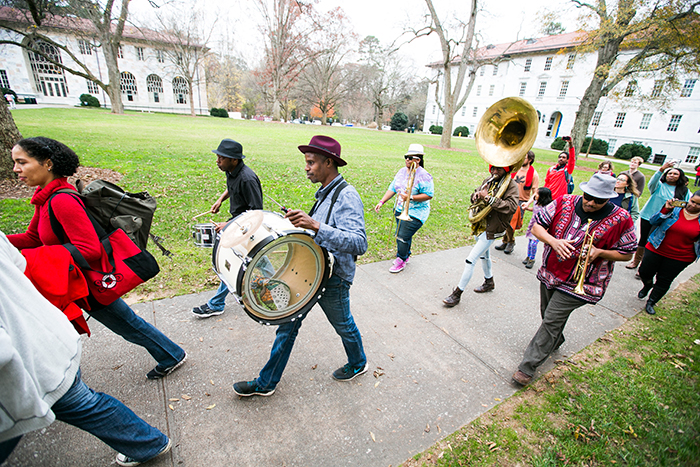 In addition to Quilt on the Quad, Emory recognized the day with a parade,  led by the Mausiki Scales Common Ground Collective Band, an Afrobeat band that explores musical styles from West Africa. 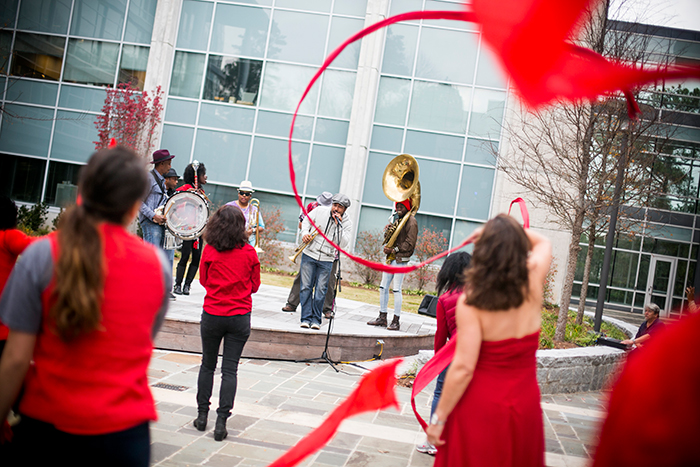 Members of the Moving in the Spirit program, an Atlanta-based youth development program centered on dance, accompanied the band in the parade. 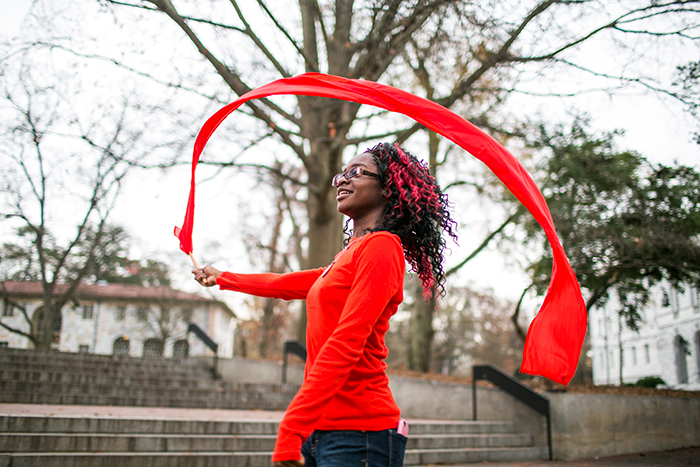 The dance troop developed a piece that addresses the AIDS epidemic in metro Atlanta. 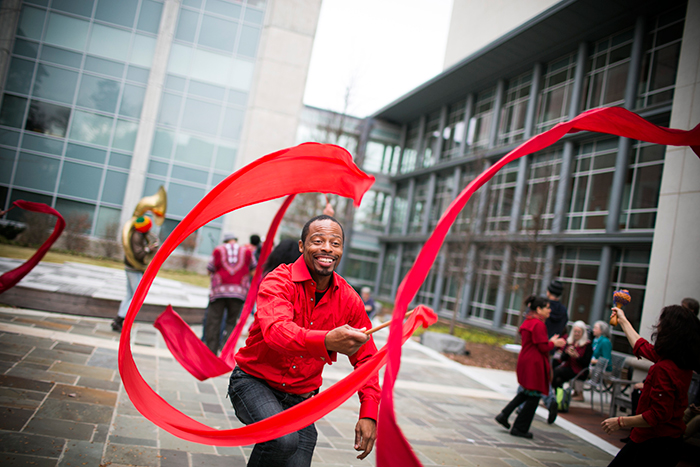 A member of Moving in the Spirit. 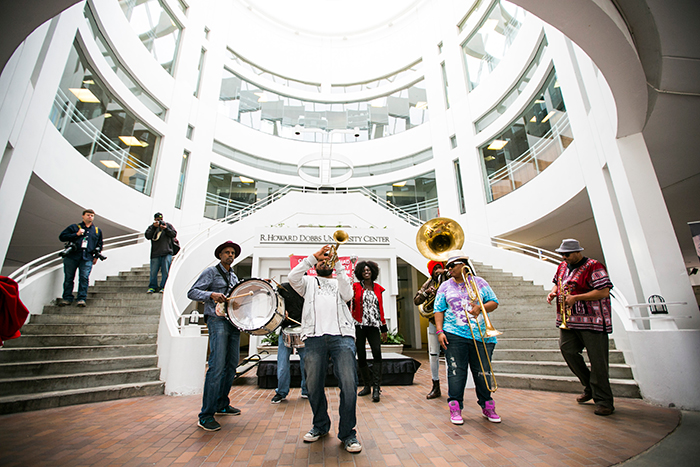 The band ended the parade at the DUC. 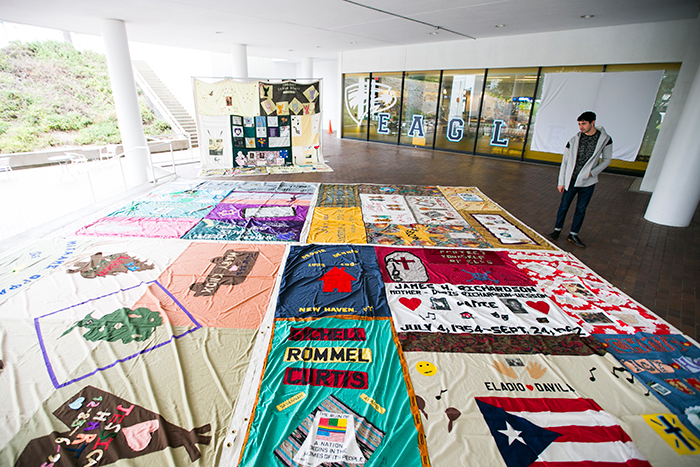 The student-organized quilt display returned for an 11th year with its largest display ever — about 900 quilt panels. 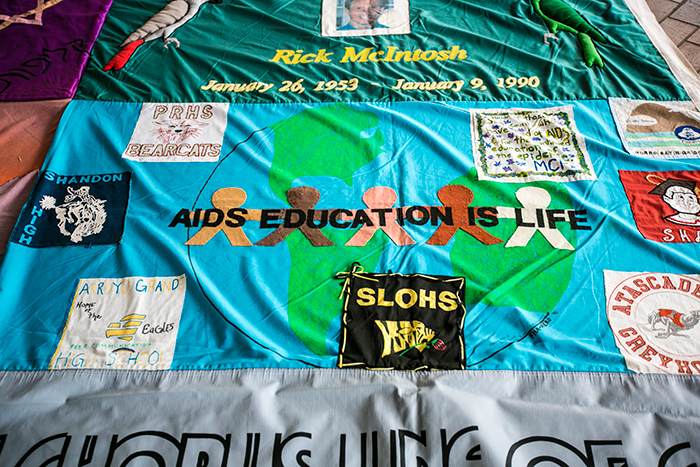 The AIDS Memorial Quilt was founded in 1987 and now contains more than 48,000 individual panels, each measuring 3 feet by 6 feet and honoring a person who died as a result of AIDS. 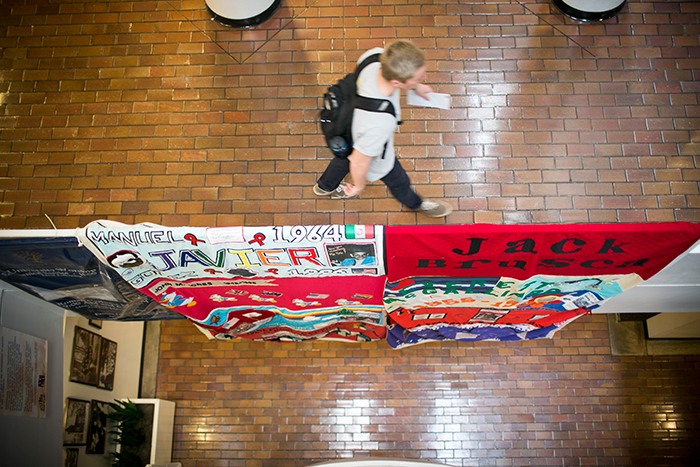 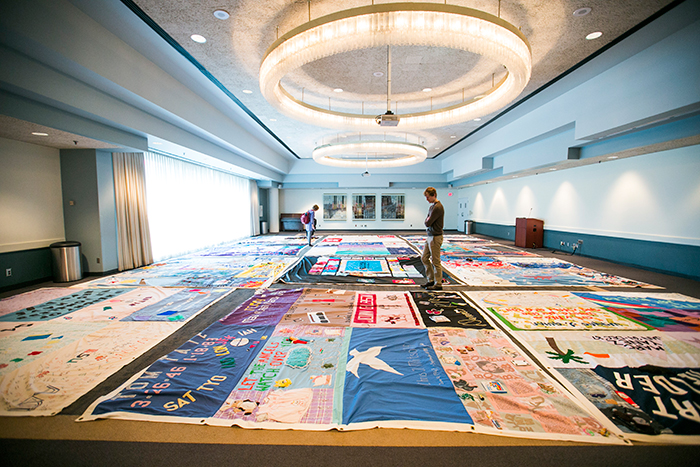 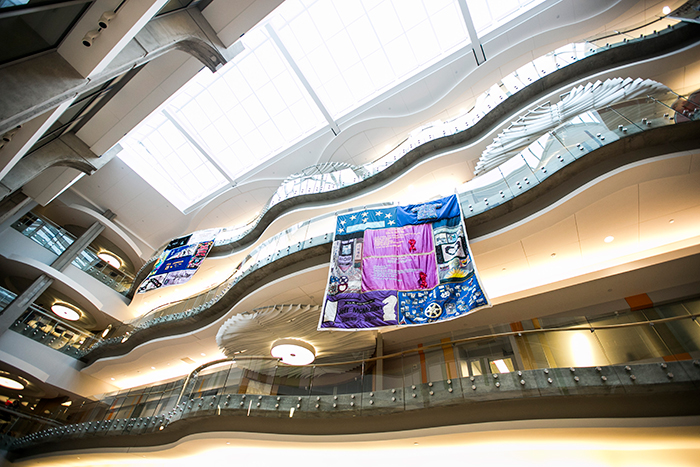 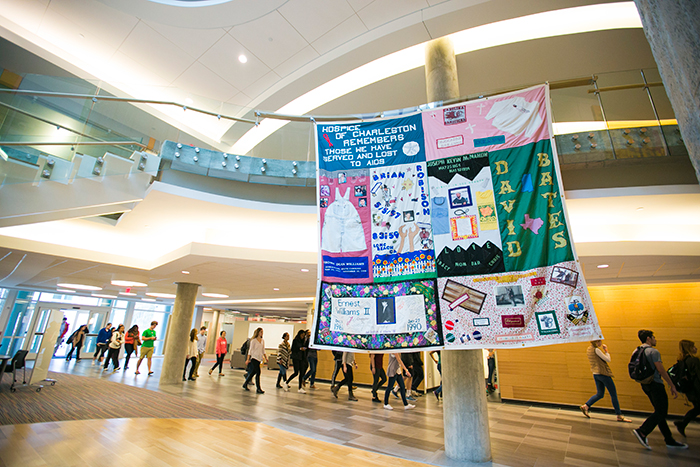 Emory held several campus events — including the 11th Annual Quilt on the Quad display, a parade, music and dance performance — in recognition of World AIDS Day on Dec. 1.