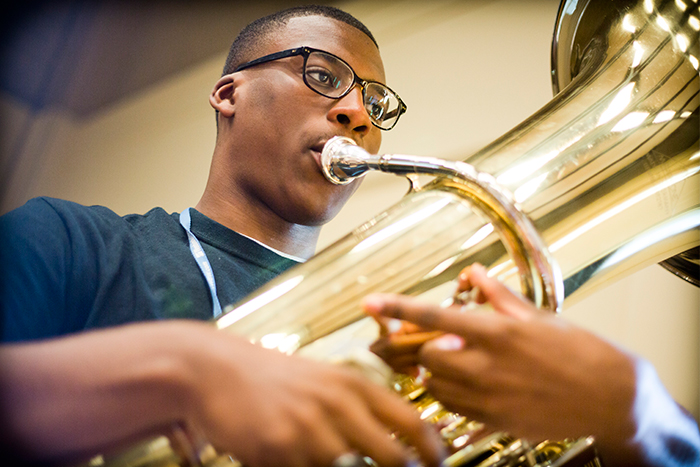 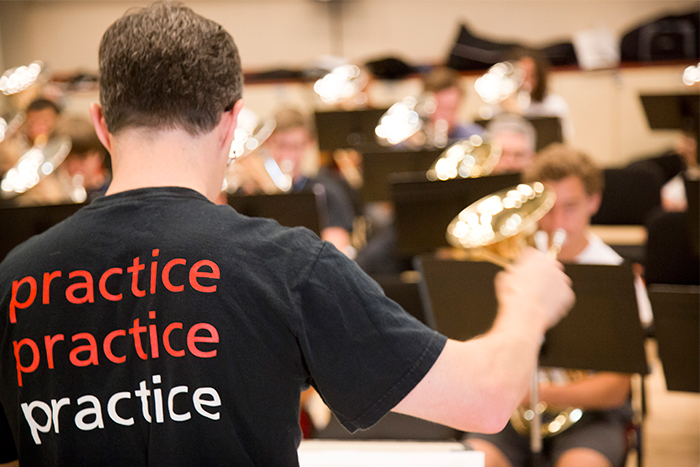 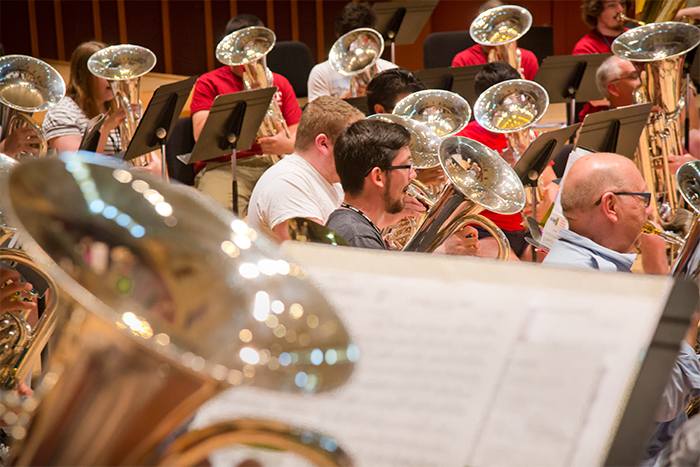 More than 200 euphonium and tuba players from around the world gather at Emory this week for instruction and performances.

Schwartz Center for the Performing Arts

Consider it a different kind of heavy metal music.

Euphonium and tuba players, guest artists and teachers from around the world are gathering on the Emory campus this week for the 2015 International Euphonium Tuba Festival.

With more than 200 participants, this year’s festival represents the largest turnout for the IET since it was founded in 2004, says Emory euphonium instructor Adam Frey, a teaching affiliate in the Department of Music, who serves as artistic director for the IET Festival.

Frey credits this year’s strong turnout with the strength of the musical program, which features “some of the greatest tuba and euphonium teachers and performers from all over the world.” Activities include master class instruction, ensemble work, recitals and performances.

This year’s guest artists and teachers represent a range of musical institutions, including the Royal Welsh College of Music, the Slovenia Philharmonic Orchestra, the U.S. Army Field Band, the South Carolina Philharmonic, Pittsburgh’s River City Brass Band, the Sarasota Symphony, and Salt River Brass of Arizona, as well as music departments at many colleges and universities.

Today, the IET remains one of the longest-running festivals focused on the tuba and euphonium in the world, drawing players ranging from high school and college-aged to world-class professionals, Frey says.

Each day begins with a massed ensemble rehearsal, which draws together more than 80 tuba and euphonium players.

This year’s performers will take on several world premiere arrangements along with compositions that represent many kinds of musical styles, from classical and folk tunes to opera and movie scores. And yes, even a John Philip Sousa march or two.

Friday, June 26 — An evening concert featuring Brian Meixner, Patrick Sheridan and the Cobb Wind Symphony with guest soloist James Gourlay and Adam Frey. Concert begins at 8 p.m. at the Emerson Concert Hall in the Schwartz Center for the Performing Arts. The concert will be followed at 9:15 p.m. by an ice cream social on the Emory Quadrangle and a performance by Mercury Orkestar, a band featuring trumpets, tubas and clarinets that infuses Middle Eastern rhythm, Balkan melodies and jazz improvisation.