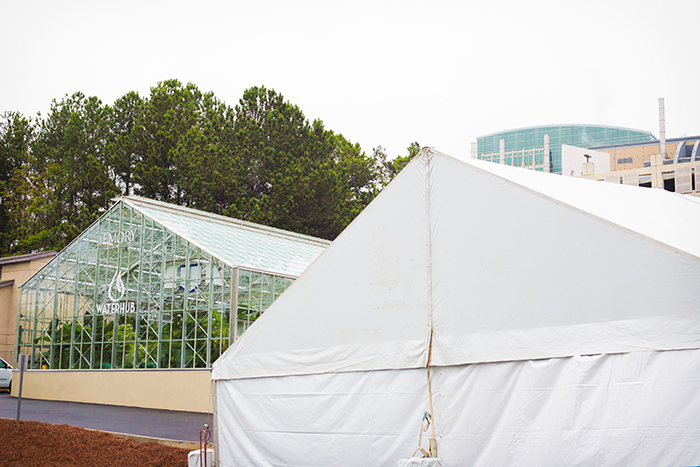 Light rain could not deter the excitement as Emory's new WaterHub was officially dedicated April 17. 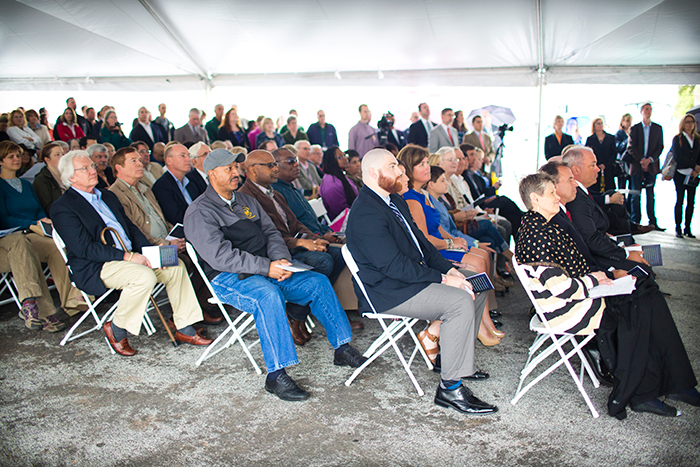 A large crowd turned out to mark the dedication of the WaterHub, which can recycle up to 400,000 gallons of water per day for non-potable uses. 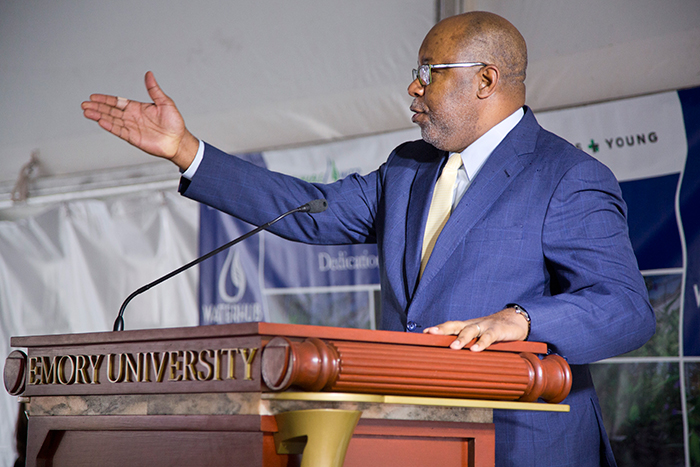 Douglas Hooker '87B, executive director of the Atlanta Regional Commission, spoke at the WaterHub dedication. 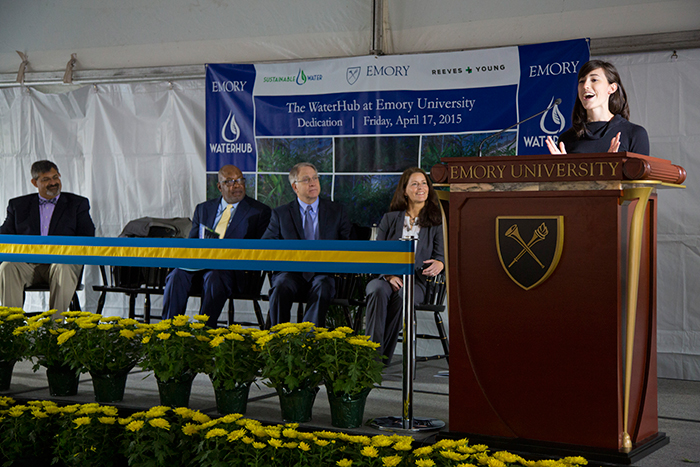 Gloria Sclar, who will receive her PhD from the Rollins School of Public Health in 2015, discussed how the WaterHub is already being used for research. 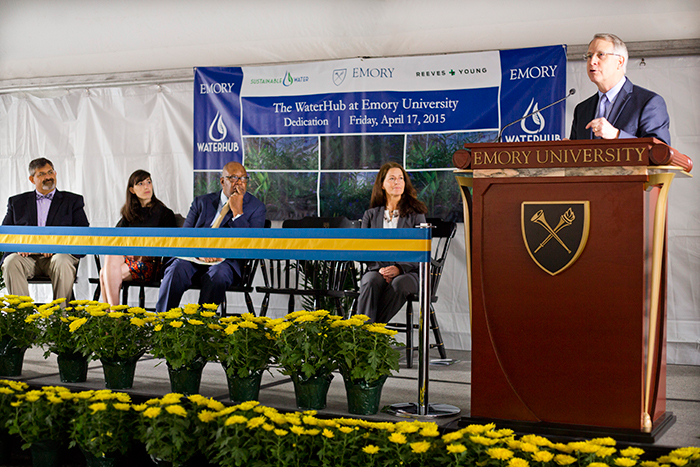 Emory University President James Wagner was the final speaker before the ribbon-cutting. 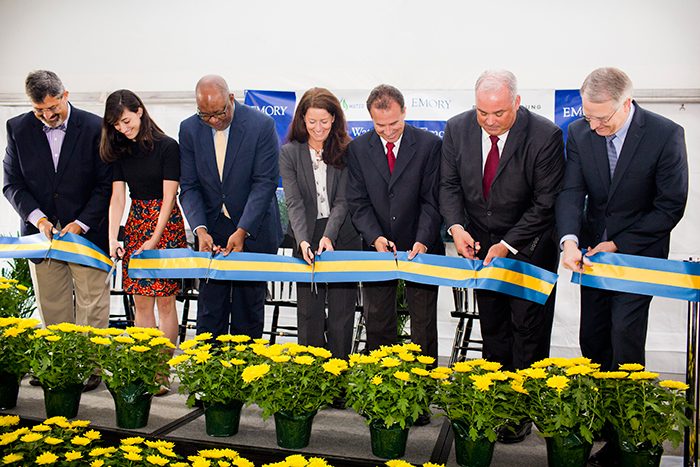 A symbolic ribbon-cutting marked the official grand opening of the WaterHub. 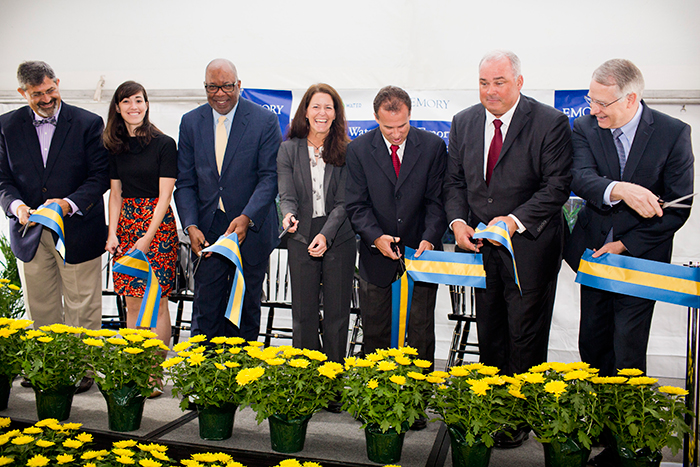 Participants were all smiles after the ribbon was cut. 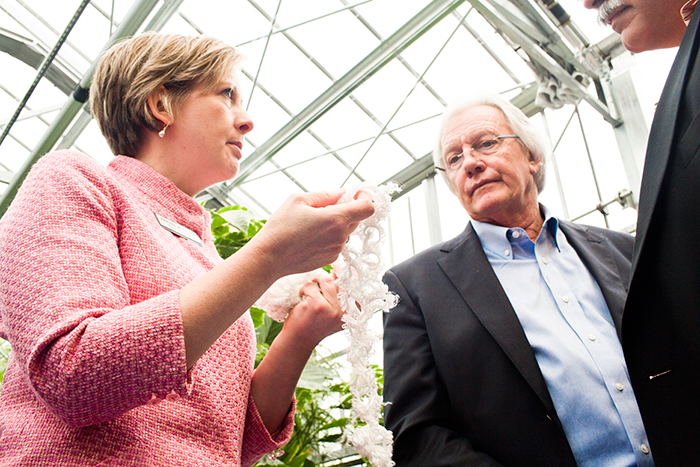 After the dedication ceremony, attendees had the chance to tour the WaterHub and learn how it cleans wastewater.

Emory's WaterHub, the first and only such facility in the country, celebrated its official dedication with a ceremony and ribbon-cutting April 17.