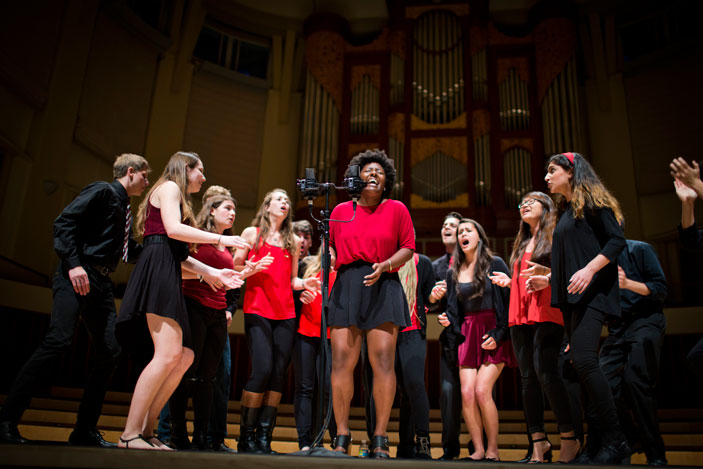 Aural Pleasure is Emory’s oldest coed a cappella group. Aural Pleasure’s sound ranges from pop music, to bold alternative, rock, and everything in between. 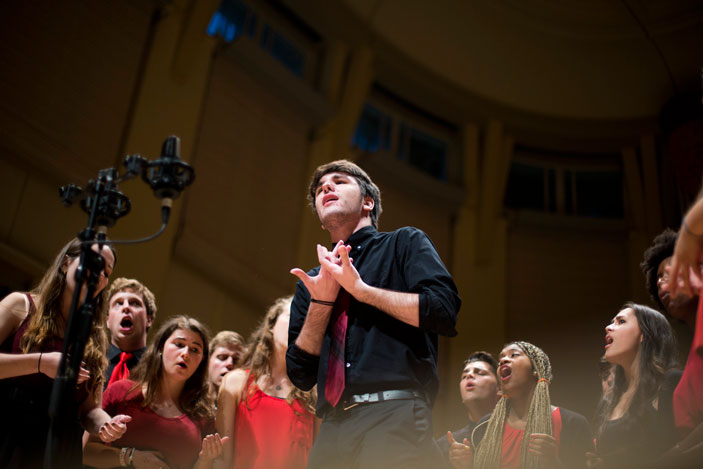 Founded in 1993, Aural Pleasure has recorded ten studio albums, most recently, Fixation in 2014. Its members give Aural Pleasure its authentic sound, individual taste and style, and bold personality. 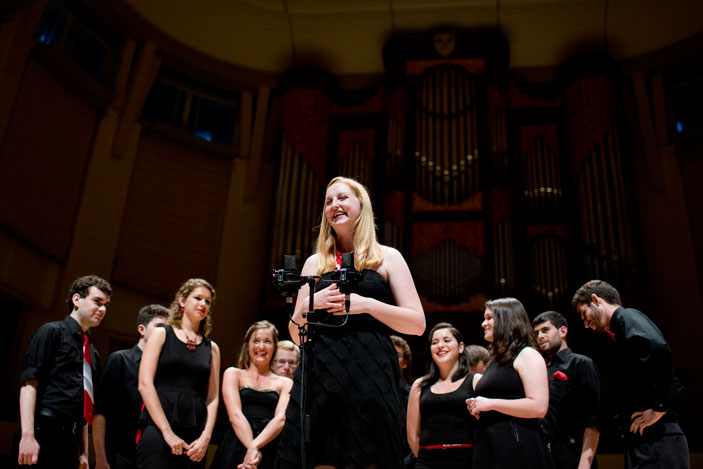 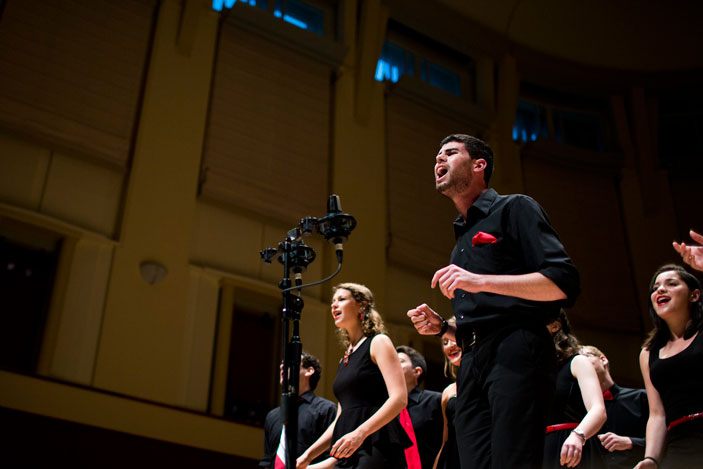 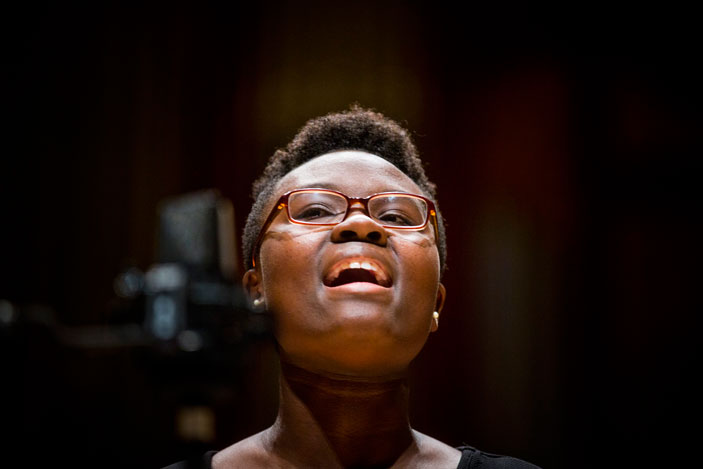 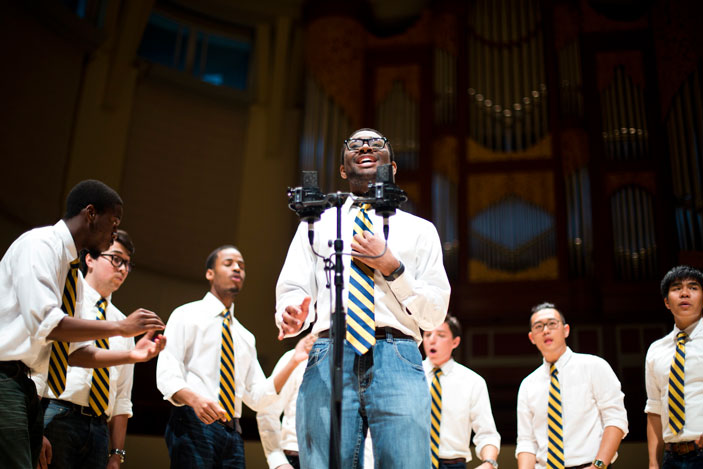 In spring 1994, four Emory students decided to perform at Open Mic Nite at what is now the site of Dooley’s Depot. At that time, there were no a cappella groups at Emory. That group became known as No Strings Attached. 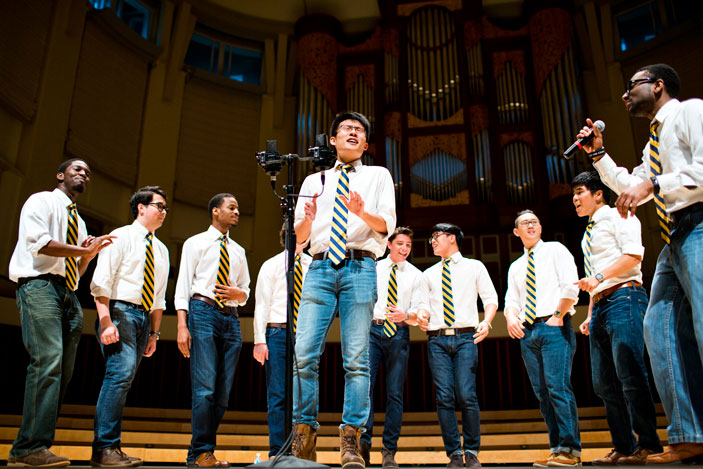 Besides its two concerts each year (fall and spring), No Strings Attached is asked to perform at many Emory events for alumni and students, and has been on six concert tours, including most recently a tour to Rome in March 2012 and Barcelona and Paris in March 2010.

Student a cappella groups come together for special performance

On Friday, April 10, students in the Emory a cappella groups took a break from their studies and united for "Barenaked Voices: Twelfth Annual Emory Student A Cappella Celebration." This yearly performance celebrates the talent within each group, including AHANA, Aural Pleasure, ChaiTunes, Dooley Noted, Emory Concert Choir, The Gathering and No Strings Attached.

All proceeds from the performance benefit Helpline and Active Minds, student groups that work to reduce stigma, provide support to, and literally save the lives of fellow students who may be struggling with mental illness or who may be stressed out and need someone to listen. Students in these two groups are trained, supervised, or advised by professional staff from Emory University Counseling and Psychological Services (CAPS). Students on the Helpline do their work in complete anonymity. Together these dedicated individuals are using their gifts to improve mental health and wellness at Emory.