When fighting lung cancer, every battle is personal 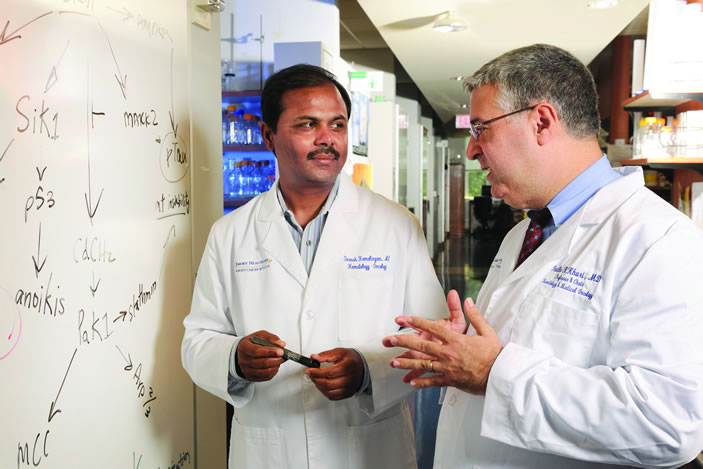 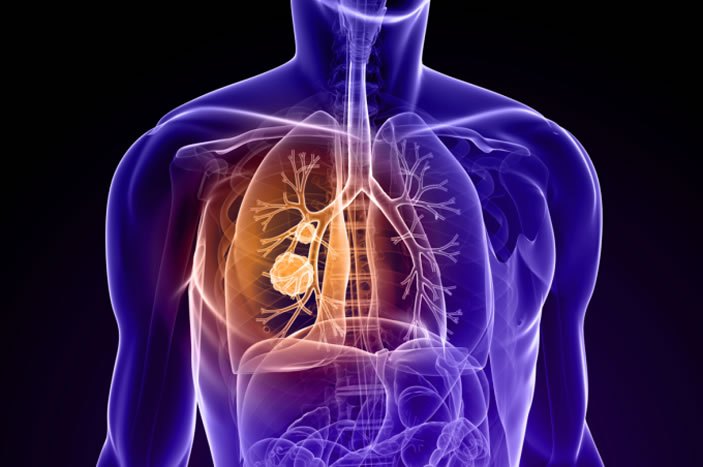 Lung cancer is by far the leading cause of cancer death in men and women. But lung cancers – even specific types such as small-cell or non-small cell lung cancers – are not all the same. 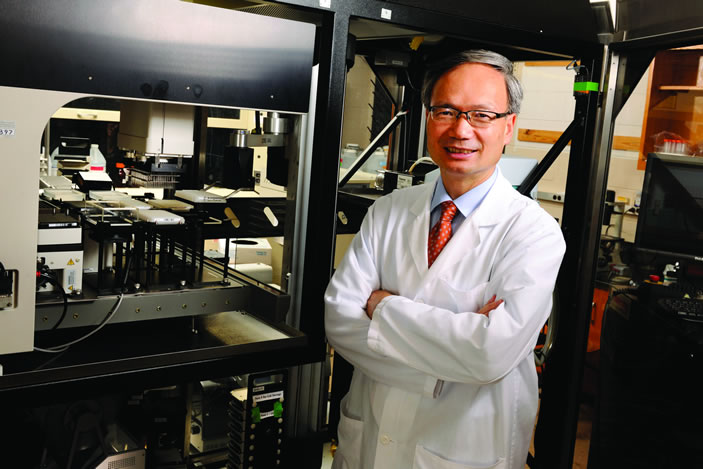 Haian Fu is a pharmacologist at Winship and head of Emory's Chemical Biology Discovery Center. He has some powerful allies and tools in his laboratory that are leading to the development of new lung cancer therapies. 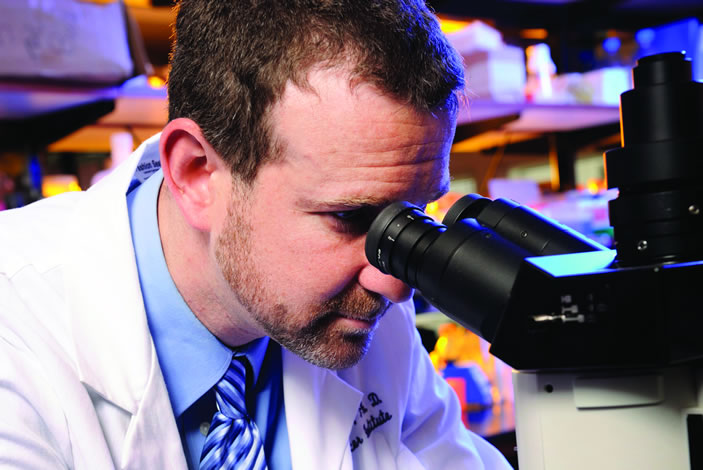 Adam Marcus is director of Winship's Integrated Cellular Imaging Core. He discovered how a gene that mutates in 30 percent of all non-small cell lung cancers promotes tumor spread.

At the Lung Cancer Care Clinic at Winship Cancer Institute, lung cancer specialists and a nurse navigator help guide patients and their families through the best treatment options for them, all in a single visit. When a patient is are dealing with a cancer diagnosis, seeing four doctors in one trip means them can save themselves time and energy and start treatment sooner.

Highlights of what's available to patients:

See up to four physicians in one trip.

Larry Dry's lung cancer was discovered by accident. The husky, physically active 69-year-old had no cough, no breathing problems, only a little tingling in one hand. When his doctor ordered an X-ray before surgery for a pinched nerve, he wasn't thinking lung cancer. Dry hadn't smoked in 40 years and a chest X-ray taken less than a year earlier had been perfectly clear. But the new X-ray contained ghostly images of large nodules. Non-small cell lung cancer. Stage IV, the most advanced kind. Eight months of gut-wrenching chemotherapy shrank the tumors, but they quickly rebounded. A second, less toxic drug didn't work.

Kathy Dry, a former CDC employee, asked the doctor if there wasn't something else for her husband, perhaps something at Emory. And that was how, in July 2013, Dry met Winship Cancer Institute oncologist Suresh Ramalingam, professor and director of Winship's Lung Cancer Program. Dry quickly entered one of the 20 to 30 ongoing lung cancer clinical trials underway at Winship, thanks to Winship's status as Georgia's only National Cancer Institute-designated cancer center. Dr. Ram, as his patients call him, is principal investigator of a multi-institutional Phase II trial testing the efficacy of a new class of immunotherapy cancer drugs, drugs that stimulate the immune system to attack cancer cells while sparing healthy ones.

Every two weeks, Dry met with Ramalingam and Colleen Lewis, nurse practitioner in Winship's busy clinical trials unit, and spent an hour in Winship's infusion center. A huge benefit of the new immunotherapy treatments, says Ramalingam, is how well they are tolerated. Dry's previous chemotherapy caused constant diarrhea. The new treatment only caused occasional gastrointestinal upset and he was able to regain lost pounds and his trademark energy. His tumors shrank by more than half and stayed that way for 11 months.

Thanks to their experience at Winship, Kathy Dry encourages people with lung cancer not to give up. There is hope, she says.

And more hope keeps coming, as Winship clinicians and scientists work with their research partners across campus and the country to design, develop, and test new, personalized treatment regimens. Increasingly those regimens are specific to each patient, such as strengthening an individual's own immune response, as with Dry, or identifying and honing in on the different genes involved in an individual's cancer or response to treatment.

Lung cancer is by far the leading cause of cancer death in men and women. But lung cancers – even specific types such as small-cell or non-small cell lung cancers – are not all the same. That's why, when lung cancer patients arrive at Winship, a small tissue sample of their tumor undergoes genomic screening to determine which gene has gone awry, driving that individual's cancer.

For example, among recently screened Winship patients with lung adenocarcinoma, a sub-type of non-small cell lung cancer, approximately 50-60 percent could be placed into a specific molecular genetic subcategory. "Knowing which gene is malfunctioning gives us a highly personalized target for treatment," says Ramalingam. "Our overarching theme in combating lung cancer at Winship is divide and conquer."