'On the Border' class takes students to center of immigration debate 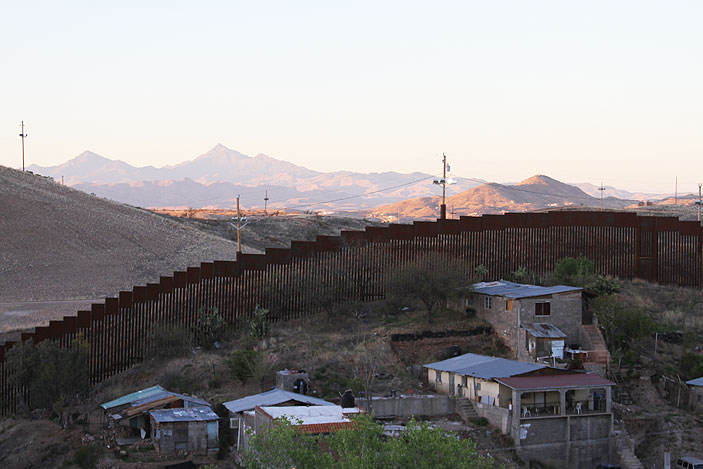 Students from Candler School of Theology's "Church on the Border" course spent time walking the border between southern Arizona and Sonora, Mexico. 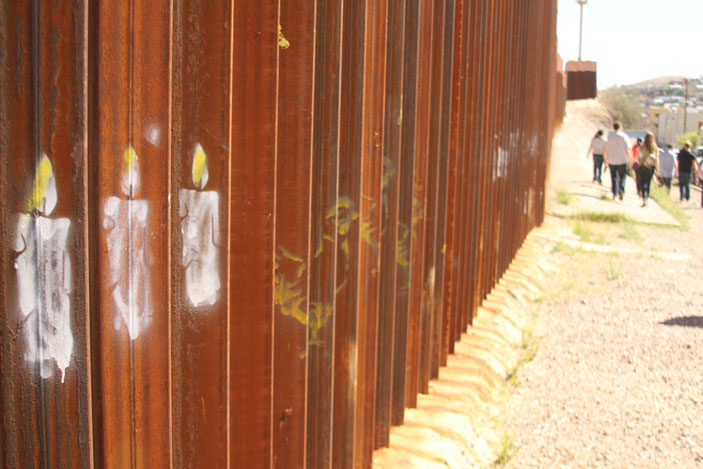 Graffiti on the U.S.-Mexico border wall serves as a makeshift memorial to those who died in the crossing. 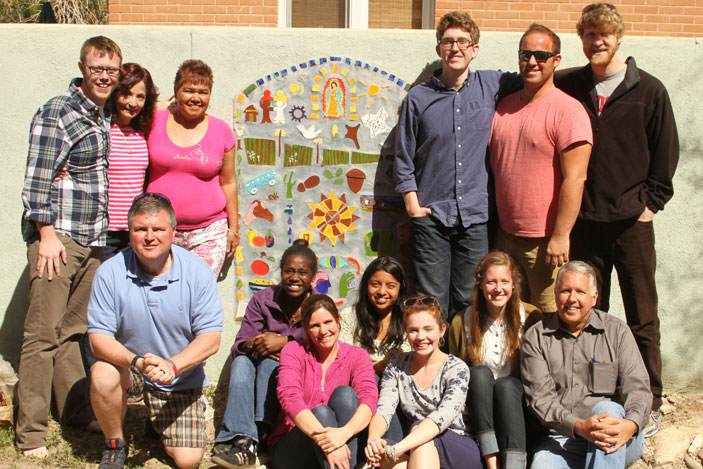 "Most people know this, but they forget that immigrants are humans first. They are mothers, fathers, brothers and sisters. They have hopes and dreams," says Jessica Turner, a first-year M.Div. student. 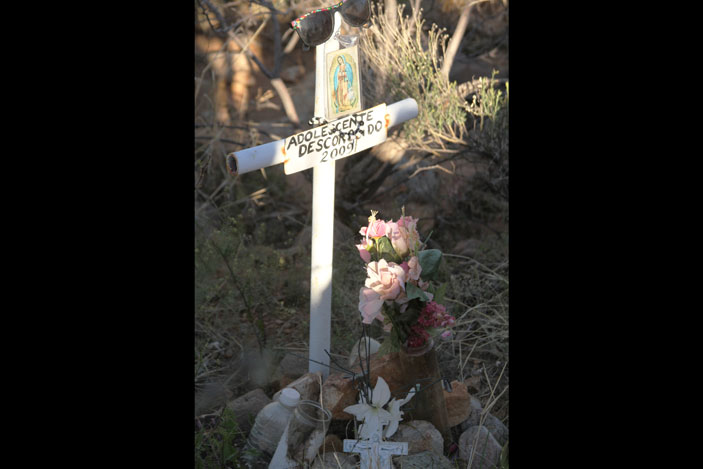 "It was powerful to realize that after walking so far through the desert, they died so close to civilization," says first-year M.Div. student Jessica Turner. 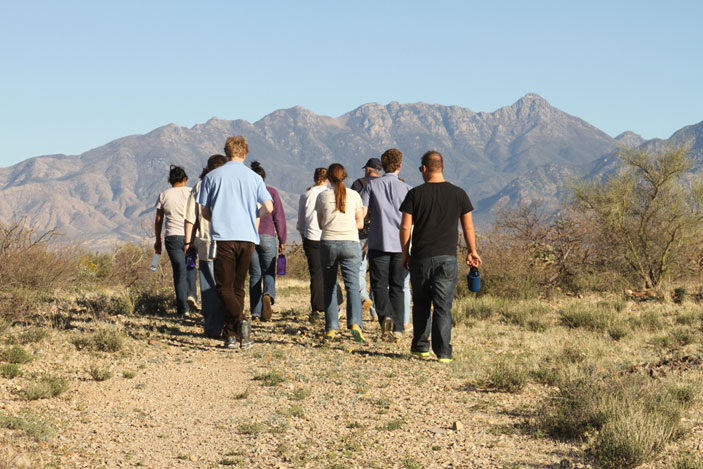 "It is one thing to read about the desert or see pictures but actually walking through the terrain is another experience," says first-year M.Div. student Jessica Turner. "The desert has sloping, rocky hills, with many plants that can harm a walker."

All photos by Trey Comstock.

Students in David Jenkins' and Marie Marquardt's course, "The Church on the Border," at Candler School of Theology gained first-hand experience with the people and places at the center of the U.S. immigration debate during a recent travel seminar led by the two professors to southern Arizona and northern Sonora, Mexico.

The group spent time talking with founders of the Sanctuary Movement, local residents working with the Samaritans, a judge who presides over Operation Streamline trials, Mexican artists designing public art for the wall, migrants recently deported or in detention, college students developing resources for DREAMERS, as well as lawyers and local activists on both sides of the border. One of the highlights of the trip was home stays in Nogales, Mexico.

The travel seminar was hosted by the nonprofit organization Borderlinks, and the staff person who was guide, driver and interpreter was a young United Methodist missionary intern named Alex Devoid. It turns out his father, Ben Devoid, is a Candler alumnus, and is a United Methodist elder in Charlotte, North Carolina.

The group spent time talking with church goers, community members, lawyers, activists, artists, business people, and the migrants themselves. They also walked the border, stopping at the gravesides of three migrants who died in the desert.

Jenkins, an associate professor in the practice of practical theology and director of contextual education at Candler, says that the issue of immigration requires "a sophisticated response, both theologically and politically."

He and Marquardt, scholar-in-residence at Candler who works with Hispanic congregations in metro Atlanta and directs the El Refugio ministry near the south Georgia detention center, both feel that part of that sophistication comes from encountering the issue where it is lived out day to day.

"Meeting with migrants in Nogales who had just recently been deported has marked my perspective indelibly," says Janelle Adams, a first-year M.Div. student from Dallas, Ga. She hopes eventually to work as a liaison between churches and refugee/immigrant communities.

"There is something important to me about physically being in a space," says Trey Comstock, a second-year dual degree M.Div.-M.P.H. student on the ordination track as an elder in the United Methodist Church. "Many opinions and perspectives are contained within the literature, but I get a lot more sitting face to face with someone and hearing their story."

"I believe we could not understand many of the realities of the border until we got there," says Ruth Ubaldo, a first-year M.Div. student from Portland, Ore. "It was only when we shook hands with people, ate meals together, talked about art, remembered the deceased, and walked the desert ourselves that we could begin to understand the complexities of immigration."

"We stopped at three memorials for immigrants who died within sight of houses," says Jessica Turner, a first-year M.Div. student from Fayetteville, N.C. "We paused for a short prayer and moment of silence to honor and remember each life. No lecture or book can capture that feeling."

"I want people to know that immigrants are people," says Ubaldo. "My parents moved from Oaxaca [Mexico] to Oregon so their kids could have a chance to have a different life than they did."

"Many within our church walls and beyond are uneducated and uninformed of the extreme reality that our brothers and sisters from south of the border experience, both in their own countries and here in America," says Randy Perdue, a second-career M.Div. student who previously spent 20 years in banking.

He now is seeking ordination in the United Methodist Church. "We need to speak to the Latino people in our communities and listen to their reality," he says, "and learn what we can do to make a difference in their quality of life."