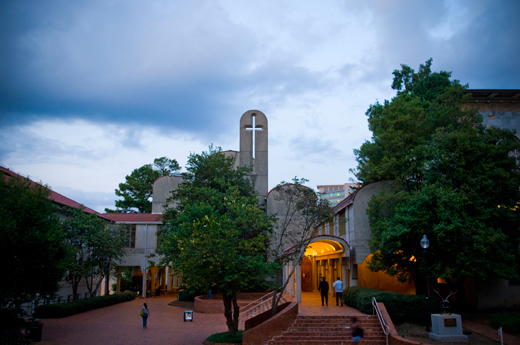 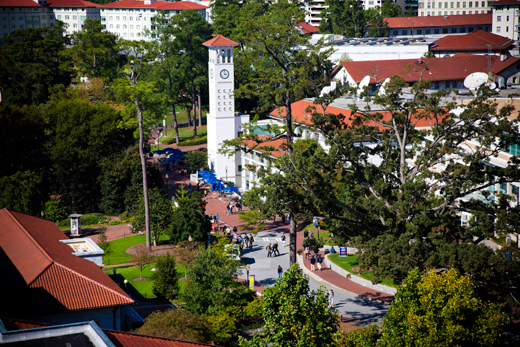 Emory College of Arts and Sciences 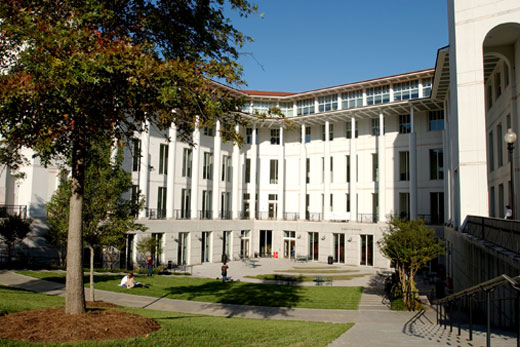 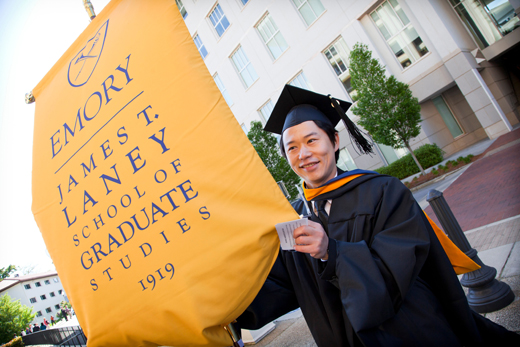 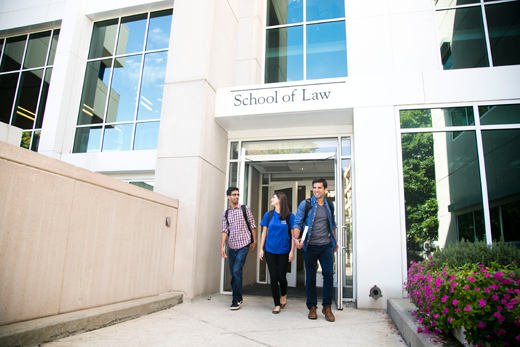 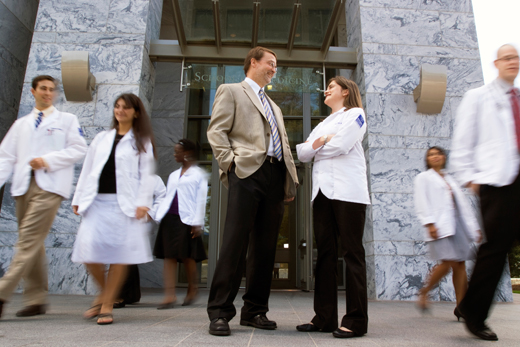 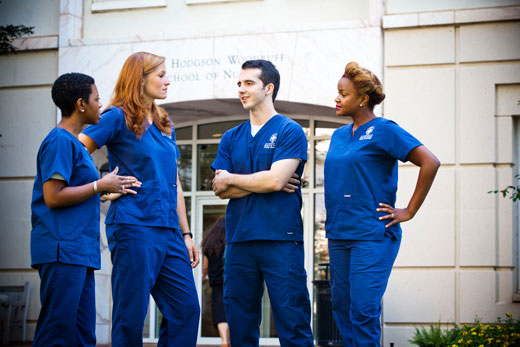 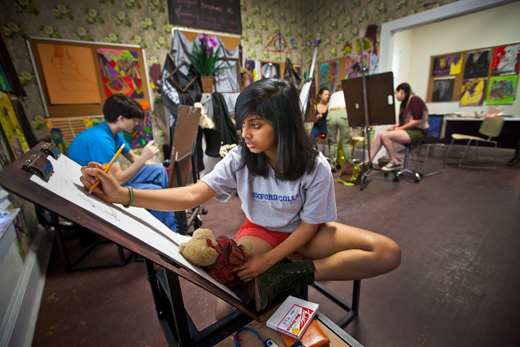 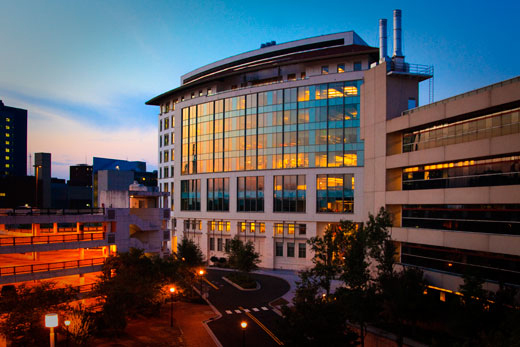 Milestones: Candler is gearing up for a yearlong Centennial Celebration marking its 100th anniversary, beginning next fall.

Faculty: Three new chaired professors were installed at the school’s Spring Convocation, following an address by Provost Claire Sterk: Emmanuel Lartey in the L. Bevel Jones III Chair in the Practice of Ministry; Ian McFarland in the Bishop Mack B. and Rose Stokes Chair in Theology; and John Snarey in the Franklin Nutting Parker Chair in Human Development and Ethics.

Events: Bishop Melvin G. Talbert, retired United Methodist bishop and justice activist, presents “The Intersection of Oppression and Privilege” Wednesday, Feb. 5 at 11 a.m. Talbert is a former general secretary of the denomination’s General Board of Discipleship.

EMORY COLLEGE OF ARTS AND SCIENCES

New major: Beginning in fall 2014, Emory College will offer a major in Quantitative Social Science, a course of study focused on the rigorous analysis of social data. It pairs intensive quantitative training with studies in a specific field of the social sciences.

New programs: The Disability Studies Initiative features interdisciplinary research and teaching by faculty and students who are interested in the social, cultural, historical, political, and legal dimensions of disability in the world. The initiative hosts two performers this spring who challenge conventional understandings of disabilities: comedian Josh Blue in conversation with Jon McCullough on Jan. 31 and disabled dancer Alice Sheppard on Feb. 13.

Public lecture: The annual Tenenbaum Family Lecture Series, hosted by the Tam Institute for Jewish Studies, will feature “Did God Have a Wife? Archaeology and Folk Religion in Ancient Israel” by William G. Dever, Professor Emeritus of Near Eastern Studies, Arizona State University, on Feb. 3.

Class Notes: For the second year in a row, Goizueta announced exceptionally strong employment statistics for the Full-Time MBA Class of 2013, with the majority of the class having job offers by graduation and 98 percent having offers three months post-graduation. Goizueta remains among the top 10 programs to show a steady increase in MBA starting salary and bonuses, according to US News & World Report 2013.

Program: Informational sessions will be conducted in February for Goizueta’s second annual Summer Business Institute, the for-credit, three-week academic course of study for non-business majors both from Emory and other schools.  The deadline for applications will be March 30 and classes run May 15 through June 5. For more information, email Carisa Benton or call 404-727-0804.

Special event: In June, Goizueta will host the annual INFORMS 36th annual Marketing Science Conference for researchers and doctoral students from around the world.

New programming: This spring, the Laney Graduate School is teaming up with Potential Matters, a team of career coaches, for a career development series that will provide practical tools to help students address the most compelling issues and obstacles they face in pursuing careers outside the academy.

Major event: An inaugural Laney Symposium, “Can graduate education solve global problems?” is designed to address the question of how graduate education advances the understanding of global complexities, cultural diversity, and human differences and discovers policy solutions. The symposium will feature keynote speaker George Rupp, past president of the International Rescue Committee; president emeritus of Columbia University; and board member of the Council on Foreign Relations. Featured panelists will be Julie Livingston, LGS alumna; 2013 MacArthur Fellow; and medical historian, Rutgers University, Emory Provost Claire Sterk; and current graduate student Morgan Mercer (Development Practice). The event will be Feb. 11, 5 p.m., Oxford Presentation Auditorium and is free and open to the public.

Programs: The Project on War and Security in Law, Culture and Society will host a monthly speaker series entitled “What Are We Securing?” in spring semester.  The 30th anniversary of the Feminism and Legal Theory Project will continue on Jan. 24-25 with a “Workshop on Geographies of Violence: Place, Space and Time.”  On Feb. 24-25, the Center for the Study of Law & Religion will present “A Global Conversation: Exploring Interfaith and International Models for the Interaction of Religion and State.”  The annual David J. Bederman lecture will be held April 9 and feature Fatou Bensouda, chief prosecutor of the International Criminal Court.

News: David Stephens, vice president for research in the Woodruff Health Sciences Center (WHSC), was named chair of the Department of Medicine in the medical school and chief of medicine for Emory Healthcare; he will remain vice president for research in the WHSC. Carlos del Rio, chair of the Hubert Department of Global Health in the Rollins School of Public Health and an infectious disease specialist at Grady Memorial Hospital, was elected to the Institute of Medicine. Neurologist Mahlon DeLong was one of six recipients of the 2014 Breakthrough Prize in Life Sciences, a $3 million award. Neurologist Helen Mayberg was named a fellow of the American Association for the Advancement of Science. Kerry Ressler, a researcher at Yerkes National Primate Research Center, associate professor of psychiatry and behavioral sciences at Emory University School of Medicine, and a Howard Hughes Medical Institute investigator, was also elected to the Institute of Medicine.

New programs: The National Institutes of Health has funded a new $5.5 million National Center for Functional Glycomics to be directed by Richard Cummings in biochemistry.

New programs: The School of Nursing has several new offerings for students. The Doctor of Nursing Practice (DNP) program targets registered nurses seeking a terminal degree in health systems leadership or population health. The school is also accepting applications for a new master’s degree for neonatal nurse practitioners. This summer, the school will enroll its first cohort of students in the Fuld Palliative Care Fellowship Program.

Major events: Nzinga Harrison, chief medical officer for Anka Behavioral Health and an adjunct faculty member at the School of Nursing, will be the keynote speaker for the 2014 Virginia Lee Franklin Memorial Conference on Feb. 28 in the Cox Hall Ballroom. The conference theme is integrated primary and behavioral health care.

New initiative: Daniel Parson, an organic farmer/educator, joined Oxford on Jan. 2, and work is under way on development of Oxford’s organic farm, located on an 11-acre tract on Emory Street near campus.   Parson, who holds a master’s degree in plant science from Clemson University, brings more than 15 years of experience in organic farming to the role.  Produce from the farm is expected to be available by this fall, and plans are under way to incorporate the farm into a variety of classroom and campus-life activities. [See story on page 2.]

Construction: Construction proceeds on Fleming Hall, a 208-bed residence hall that is the third building in the East Village Residential Center.  Completion is expected by early summer. A groundbreaking ceremony for Oxford’s new science building is being planned for May 10, following Commencement.  Actual construction will begin in early summer, and completion of the 55,000-square-foot building is anticipated by January 2016.

Research: Investigators at Rollins School of Public Health (RSPH), along with partners at the Georgia Institute of Technology have received a $4 million grant, the first exposome-based center grant awarded in the United States, to establish the HERCULES  Center at Emory (Health and Exposome Research Center: Understanding Lifetime Exposures).

Faculty: Carlos del Rio was elected to the 2013 class of the Institute of Medicine of the National Academy of Sciences.  Mohammed K. Ali received the 2013 Pfizer Faculty Awards from the Association of Schools and Programs of Public Health. Ali also leads an NIH-Fogarty D43 Training Grant on Leadership and Implementation Sciences, which will train more than 50 mid-career professionals from low- and middle-income countries.

Development: The David G. Kleinbaum Teaching Fund in Epidemiology was established by David G. Kleinbaum to provide salary support for faculty who teach advanced epidemiological methods.  The Deborah A. McFarland Global Field Experience Fund was established to support global work of RSPH students.  The Stanley O. Foster Lecture:  Pathways in Global Health Fund was established to honor Stanley O. Foster, who retired this year after dedicating more than 50 years of his life to eradicating disease in the poorest and most underserved regions in the work.