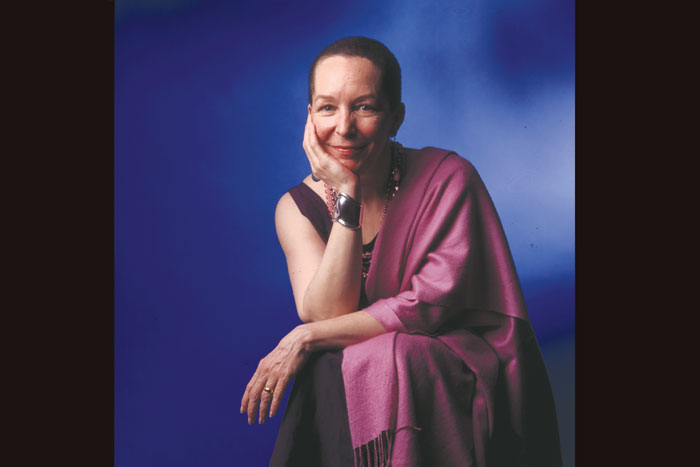 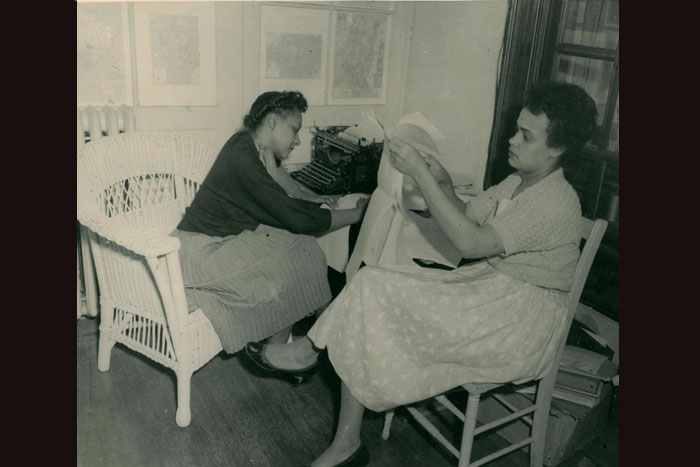 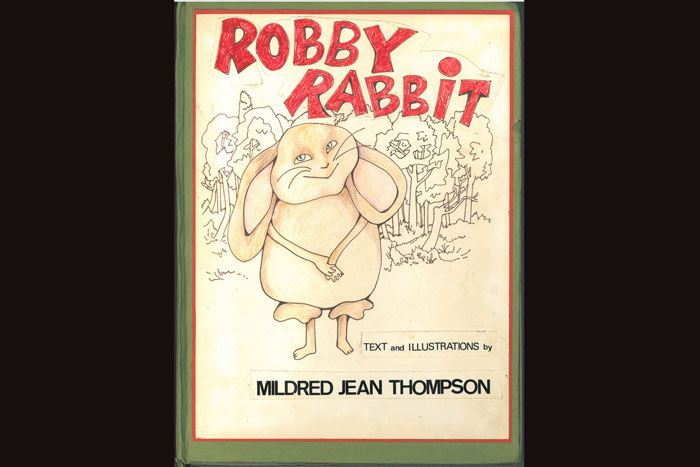 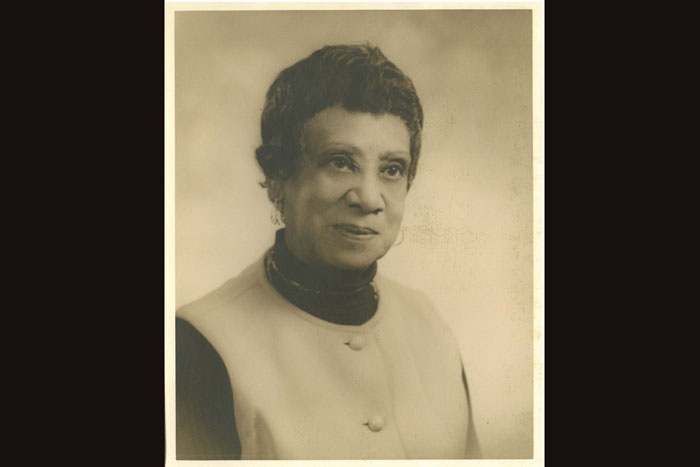 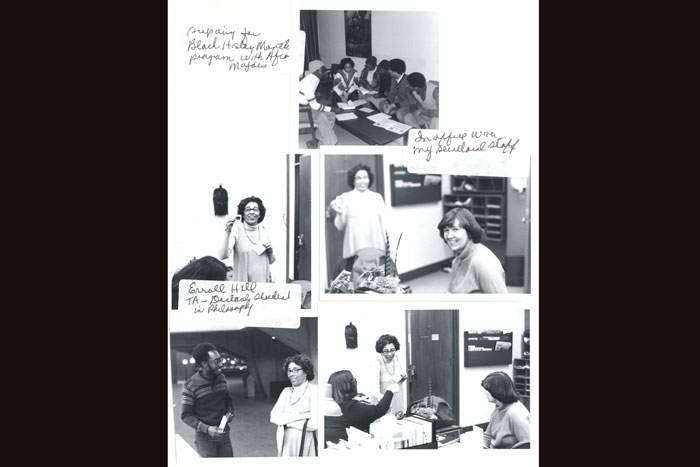 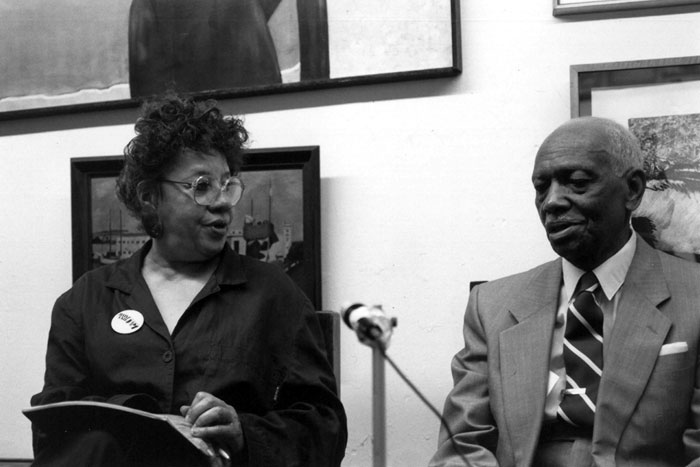 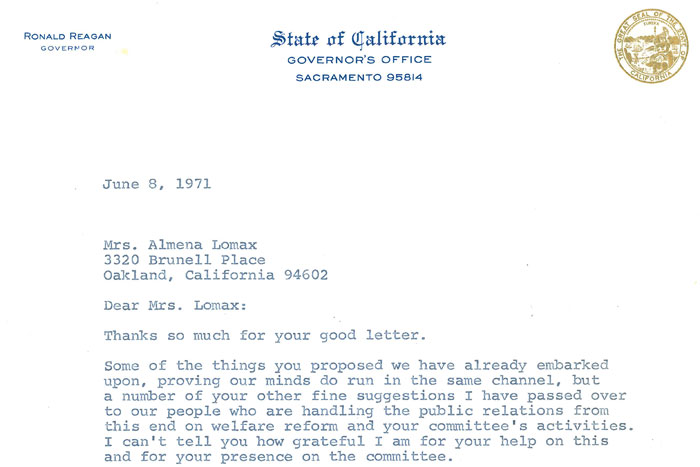 A 'Creativity Conversation' with Pearl Cleage

Papers of Ophelia DeVore, 'black is beautiful' pioneer, come to Emory May 6, 2013

Collections of personal papers documenting African American women writers, musicians and artists held by Emory University's Manuscript, Archives and Rare Book Library (MARBL) will be processed and available for researchers, thanks to a $126,976 grant from the National Historical Publications and Records Commission (NHPRC).

The grant will allow MARBL to hire a professional archivist who will work for two years to arrange and describe nine different collections, which will then be available for research. The collections include correspondence, writings and compositions, photographs, audiovisual and printed material, and other papers chronicling the lives and creative endeavors of African American women intellectuals in the 20th century.

The project, entitled “Revealing Her Story: Documenting African American Women Intellectuals,” will help make available material that has been largely inaccessible to scholars and the public. Once fully processed, the papers will reveal not only the creative processes employed by each woman, but also the extensive personal relationships and professional networks that influenced and shaped her life.

Carol Anderson, associate professor of African American Studies at Emory, describes the value of the grant to students and researchers as “MasterCard-priceless.”

“I know from my own research that institutions just don’t have the resources to process all of the collections they receive. Those papers may stay in boxes for 20 or 30 years. It amounts to an intellectual silence,” Anderson says. “This grant will give voice to these women in two years. It’s a quantum leap. You can’t begin to explain how powerful that is.”

The collections are of potential benefit to a variety of researchers, including scholars from the fields of African American studies; American history and literature; women's, gender and sexuality studies; art history; film history; and music. Access to these collections will encourage interdisciplinary studies, since the work of these nine women often transcended disciplinary boundaries.

“The available archives for black women’s studies remain spare and scattered, reflecting their 'triple oppressions' of race, gender, and class, forcing scholars to continue to develop innovative techniques for finding black women in the archives,” says Francille Rusan Wilson, associate professor of American Studies and Ethnicity and History at the University of Southern California Dornsife in Los Angeles, who wrote a letter of recommendation for the grant. “Thus, these nine collections are a truly welcome addition to the primary source material available.”

“We’re thrilled to receive this grant, which will allow us to process these important collections much sooner than we would be able to without it,” says Sarah Quigley, one of MARBL’s manuscript archivists and writer of the grant application. “Other African American women’s papers in our holdings, like the Alice Walker papers and the Lucille Clifton papers, are heavily used by scholarly researchers as well as in classes taught by Emory faculty. We hope that by fully processing these collections and making them more accessible to researchers, we will fill a need in the scholarly community to explore the lives and connections of creative women.”

Pearl Cleage papers: Pearl Cleage (1948-) is a noted novelist, playwright and activist. While a student at Howard University in the 1960s, she studied drama with legendary African American playwrights Owen Dodson and Paul Carter Harrison, both of whose papers are part of MARBL's holdings. Cleage has written columns for numerous Atlanta-area publications, and her novels have appeared on The New York Times bestseller list and Oprah's [Winfrey] Book Club.

Delilah Jackson papers: Delilah Jackson (1928-2013) was a scholar and filmmaker who specialized in the history of African American entertainment. In 1975, she started the Black Patti Foundation, with the mission to not only preserve the history of black dance, music, and theater, but also to produce events that reintroduce and showcase the talents of Harlem's “old timers.” She conducted numerous oral history interviews with veteran African American performers, lectured in universities and consulted on the creation of documentaries and other films.

Almena Lomax papers: Almena Davis Lomax (1915-2011) was an author, newspaper publisher and activist. She co-founded the Los Angeles Tribune with her husband Lucius Lomax in 1941, and served as co-publisher, editor and reporter until 1960 when the paper closed. Lomax was also a prolific writer of fiction, including several novels and short stories. Her novel “Of Masters and Sons” is a fictionalized account of the Texas branch of the Lomax family. She also wrote extensively about her experiences in the Deep South during the civil rights movement.

May Miller papers: May Miller (1899-1995) was an author, playwright and educator. She was the daughter of Annie May Miller and Howard University professor Kelly Miller, whose papers are among MARBL's holdings. Booker T. Washington and W.E.B. Du Bois were Miller family friends and helped frame the intellectual community in which May Miller was raised. She published her first play, “The Bog Guide,” in 1925, subsequently becoming the most-published female playwright of the Harlem Renaissance.

Undine Smith Moore papers: Undine Smith Moore (1904-1989) was a composer and educator, prolific throughout the early and mid-20th century. She received the first Juilliard scholarship for music study at Fisk University, and she taught piano and music theory at Virginia State College from 1927-1972. Moore's work has been performed at Carnegie Hall and nominated for a Pulitzer Prize. Her best-known work is in the spiritualist tradition of African American composer and longtime conductor of the Tuskegee Institute Choir, William Levi Dawson, whose papers are also part of MARBL's holdings. However, her lifetime body of work encompasses techniques as far-reaching as the 12-tone.

Mildred Thompson papers: Mildred Thompson (1935-2003) was an artist, writer and editor whose work was heavily influenced by her readings in spiritualism, metaphysics and astronomy. She taught at numerous colleges around the United States, even working for a time at Florida A&M University under the direction of Samella Lewis. Thompson's artwork forms part of the permanent collections of such prestigious institutions as the Smithsonian American Art Museum in Washington, D.C., the Museum of Modern Art in New York City, and Howard University.

Sarah E. Wright papers: Sarah E. Wright (1928-2009) was a poet and novelist, perhaps best known for her critically acclaimed 1969 novel “This Child's Gonna Live,” which explores the lives of an African American woman and her family in Maryland during the Great Depression. Though Wright never published another novel, “This Child's Gonna Live” has been compared to the work of Zora Neale Hurston and described as “anticipating fiction by writers like Toni Morrison and Alice Walker.”