Conference explores the concept of fairness

You've got just two pieces of Halloween candy left in the bowl. Who are you going to give them to?

Ask a three-year-old to divide pieces of a favorite candy between himself and two other children and he will likely question why he should share any at all. "At that age, children basically self-maximize. They have a guiltless selfishness," says Emory psychologist Philippe Rochat, who studies the emergence of a moral sense in children.

By the age of five, children tend to be more principled in the way that they regard others. A five-year-old, for example, may go so far as to split the candies in half to ensure everyone gets an equal share.

"Something else interesting happens around the age of seven," Rochat says. "The earlier tendency to self-maximize regains power as children start aligning themselves with groups. They generate inequity by favoring their own group when it comes to sharing."

Emory is inviting the public to an October 18-19 event, the "Fairness Conference: An Interdisciplinary Reflection on the Meanings of Fairness." An international group of scholars, from psychology, law, anthropology, ethics, philosophy, economics and politics will offer their views on the concept of fairness. View the full schedule (PDF) and to register for the free event, to be held at the Silverbell Pavilion of the Emory Conference Center.

Fairness is the foundation of what makes us sociable and able to live together, but it can be hard to define. 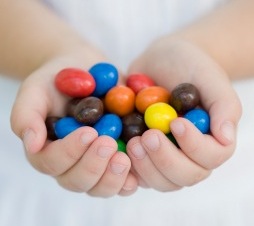 "It is something that we often take for granted, as ingrained into our being," Rochat says. "But ideas about what’s fair change through child development, across cultures and amid different political and economic circumstances. The conference aims to bring light and clarity to the subject from multiple scientific perspectives."

Jerome Bruner, an educational psychologist from New York University, will give the keynote entitled "The Ambiguities of Fairness." His presentation will cover how the violation of fairness was handled by the ancient Greeks, a group of islanders in remote Melanesia and in contemporary Sicily — the source of the proverb "Vengeance is a dish that must be served cold."

In addition to Emory researchers, the speakers include scholars from the University of Pennsylvania, Harvard, Yale, Lebanese American University, and the Universidad Autonoma de Entre Rios, Argentina.

President Jimmy Carter will give a presentation at the conference entitled "Fairness and Equity in Politics and Human Affairs."

The issue of fairness will grow increasingly important as the human population increases, Rochat says. Climate change, pollution, diminishing resources, global commerce and immigration are just a few of the issues that will put more pressure on the question of fairness.

"We want to give a scientific rooting to a problem that affects every part of society," Rochat says. "Much of the tension in the current U.S. presidential election, for example, boils down to different views of what is fair. How much tax should the rich pay? How much support should the poor get?"