How culture shaped a mathematician

The math of rock climbing

Lottery study zeros in on risk

As a graduate student, Emory math professor Skip Garibaldi visited the Orangerie Museum near Paris. He and a friend, a fellow mathematician, were transfixed upon entering one of the museum's galleries. But it wasn't the stunning mural of Claude Monet water lilies that grabbed their attention.

"I said, 'It's a whispering chamber!' And we immediately ran to opposite ends of this oval room and began having a conversation," Garibaldi recalls.

No plaque identified the whispering phenomenon. But the mathematicians recognized the geometry of ellipses that allow sound waves to travel around walls without getting much quieter.

Here's what a non-mathematician would probably first notice upon entering the Monet gallery: 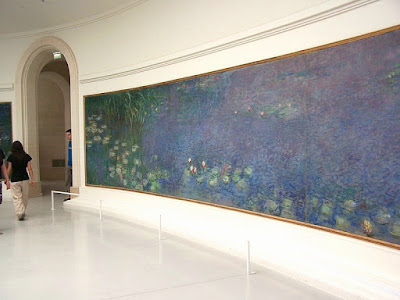 
Here's a diagram of what caught Garibaldi's attention: 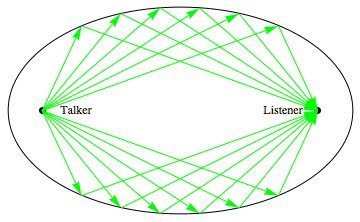 Now Garibaldi is himself part of a museum exhibit that opened this month at the Smithsonian Institution. "MathAlive!" aims to reveal the beauty of math to middle and elementary school students, by showing it through the eyes of hip young engineers, designers, urban planners, athletes and others who use math in their work and play.

"A lot of good things are going on right now to help get kids interested in math," Garibaldi says, from the Khan Academy phenomenon to the Museum of Mathematics opening this week in New York. "That's great, because technology is integrated into everything we do today, and if you want any kind of career in technology, engineering or science, math is the gateway."

The interactive MathAlive! exhibit combines math with virtual reality to let visitors do things like design a skateboard, and then test it out to see how it works, or operate a robotic rover to pick up samples from the surface of Mars.

Garibaldi, who is an avid rock climber, inspired an actual climbing wall at the exhibit.