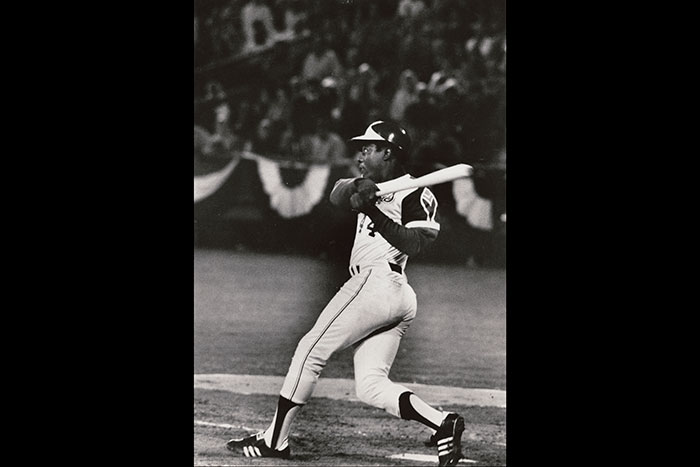 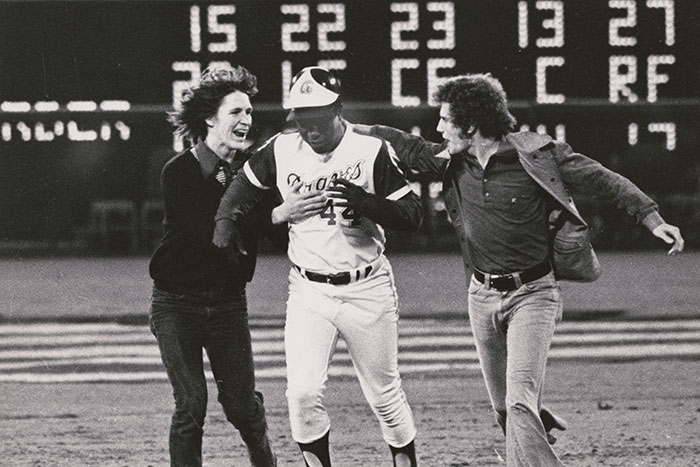 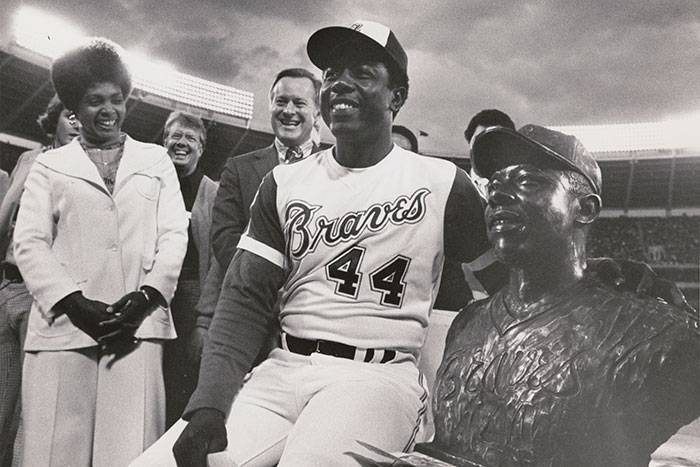 Materials related to Aaron are featured in several collections, including the Clyde Partin papers, the Ron Sherman photograph collection, and the Richard Cecil collection.

Partin was Emory’s athletic director and a sports historian. The items in his collection about Aaron consist of research material and memorabilia that Partin gathered, including clippings, posters, and signed baseballs.

Cecil worked for the Braves and his collection includes items about the beginning of Aaron’s career with the Braves such as scouting reports that assess Aaron’s potential, correspondence between the Boston Braves and  Aaron’s team in the Negro Leagues, the Indianapolis Clowns, and a copy of his first Major League contract. The collection also includes the letters the Braves received when “Hammerin’ Hank” was about to break Babe Ruth’s home run record, much of it racist hate mail that threatened Aaron if he broke the record.

“These materials give a fascinating glimpse of the beginning of Aaron’s career and the character that made him the home run king,” says Randy Gue, assistant director of collection development and curator of Political, Cultural, and Social Movements collections at the Rose Library. The materials were processed by Rose archivists including Sarah Quigley and Meaghan O’Riordan.

In 2014, the materials, and the story they reveal about Aaron’s character, inspired three student-athletes and members of Emory’s baseball team — Kyle Arbuckle, Warren Kember and Brett Lake – to co-curate an exhibit, “He Had a Hammer: The Legacy of Hank Aaron in Baseball and American Culture,” at the invitation of the late Pellom McDaniels III, curator of the Rose Library African American collections, and Dana White, Emory professor emeritus of American Studies and Rose Library senior faculty curator at the time.