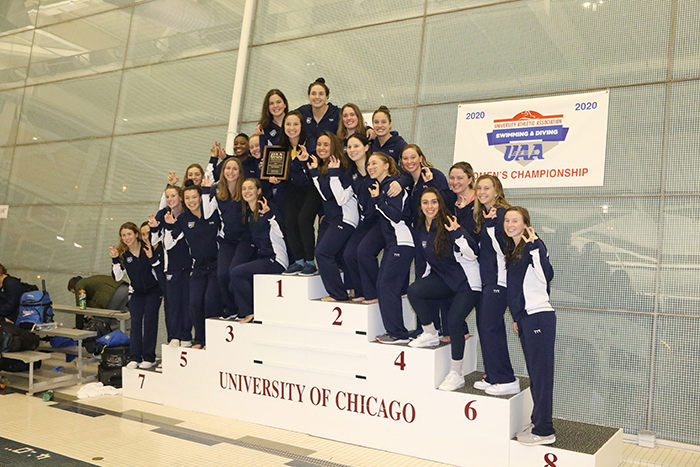 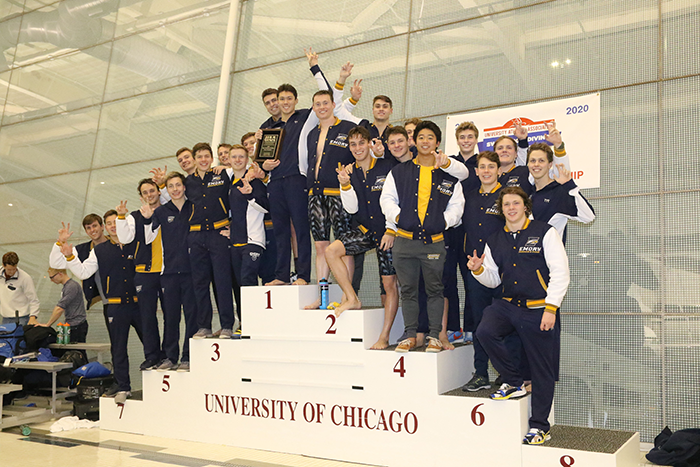 The Emory women’s and men’s swimming and diving teams were crowned as the University Athletic Association team champions on Feb. 15. It marked both teams’ 22nd consecutive UAA titles.

The Emory Eagles brought home both the women’s and men’s swimming and diving team titles at the 2020 UAA Championships last weekend.

This marks the 22nd consecutive season and 28th overall time that the women were crowned as the University Athletic Association team champions. They won 11 of the swimming titles and posted 23 All-UAA finishes on their way to finishing 154 points ahead of second-place New York University.

The men’s team won the UAA title for the 22nd consecutive year. During the championships they secured seven event titles and 14 All-UAA finishes, plus established one UAA record and two school records. The final 16.5-point margin of victory was the second closest in the history of the UAA Championships on the men's side and the closest since a 3.5-point victory for the Eagles over Chicago in 2014.

Read more about the women’s team and men’s team results.

Next up for both teams will be the Emory Invitational on Feb. 21-22 before they compete for the NCAA Championships in March.