Veterans in the civilian workplace focus of community conversation at Emory 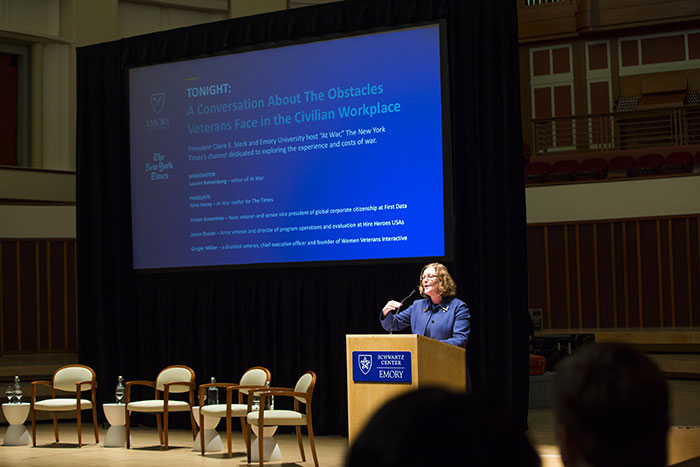 Emory President Claire E. Sterk delivered opening remarks as the university and The New York Times hosted “A Conversation About the Obstacles Veterans Face in the Civilian Workplace.” 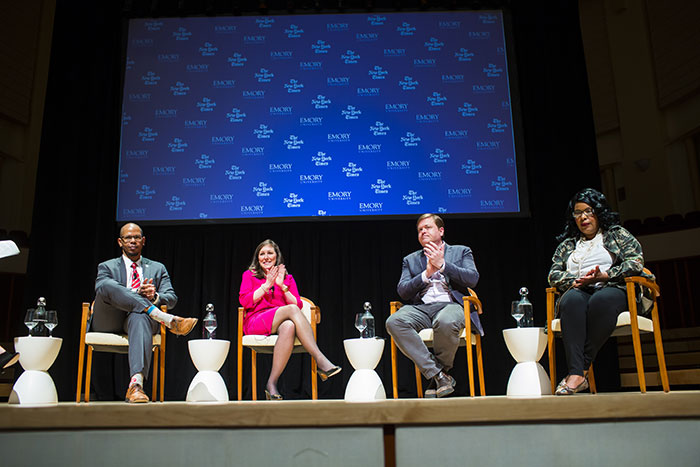 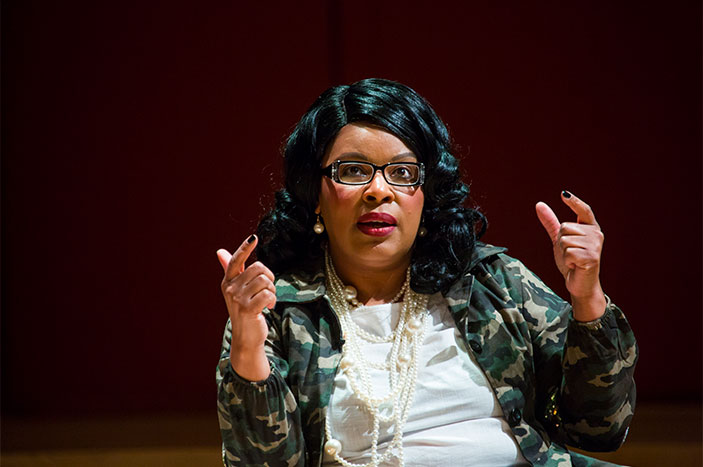 Miller, founder and CEO of Women Veterans Interactive, urged companies to not only pay lip service to supporting veterans, but to actually do business with veterans. 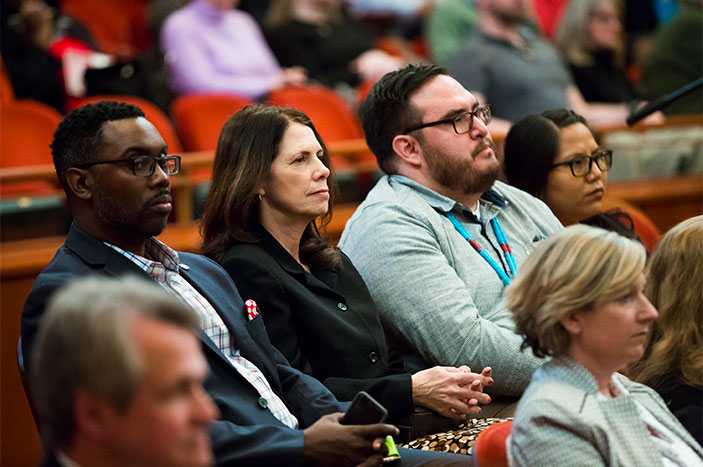 The event in Schwartz Center for Performing Arts drew veterans and their families; Emory faculty, staff and students; members of the Atlanta community; and organizations that serve veterans. 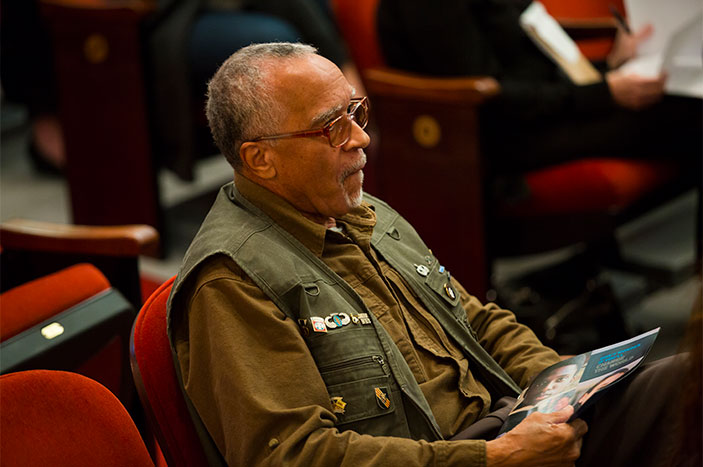 Nearly 800,000 veterans live in Georgia, which boasts the 5th highest population of active duty military service members in the nation. 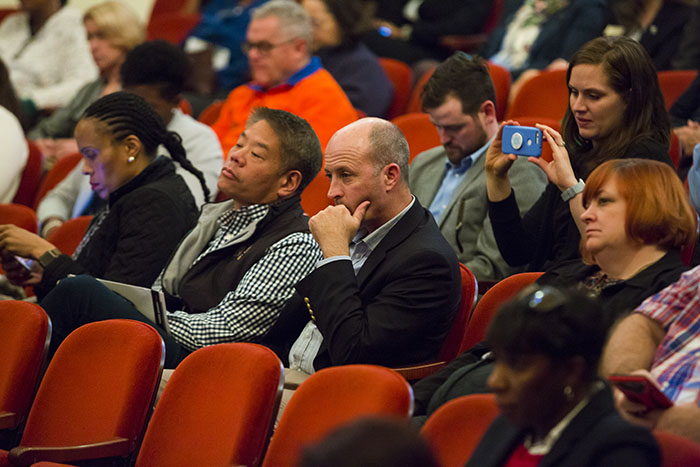 The free, public discussion explored ways that companies can help veterans transition to the civilian workforce, and the many skills and talents that they bring from their military service.

Healing on the home front: How Emory serves veterans Nov. 6, 2018

For military veterans and their families, transitioning from service to civilian life can sometimes feel like exchanging one battlefield for another. And no place is that felt more deeply than in the workplace.

Those challenges — subtle, systemic and complex — were the focus of a wide-ranging panel discussion March 19 as Emory President Claire. E. Sterk hosted The New York Times “At War” section for “A Conversation About the Obstacles Veterans Face in the Civilian Workplace.”

Veterans and their family members; Emory faculty, staff and students; interested metro-Atlanta community members; and representatives from an array of area organizations that offer veteran support services gathered in Emory’s Schwartz Center for Performing Arts for the free public event.

“This is a topic that so much fits our community, everything that we stand for,” Sterk said. “It’s something that we don’t always talk about, but it’s part of our fabric.”

As one of the nation’s leading research universities, Emory is different “because of the way we are interested in and committed to investing in our veterans and their family members,” she explained. “The reason we do that is because we recognize the value that veterans bring to our community.”

The hour-long discussion was moderated by Lauren Katzenberg, The New York Times editor of At War, a channel dedicated to exploring the experience and costs of war. Panelists included:

About 48 percent of veterans report their transition to the civilian workplace was more difficult than expected, according to retired Lt. Gen. William “Burke” Garrett III, executive adviser to the Emory Healthcare Veterans Program, which is nationally recognized for providing transformative care for veterans suffering from post-traumatic stress disorder and traumatic brain injury.

“It’s unfortunate, but it’s also a reality that veterans face challenges and biases in transitioning out of military life into the workplace or in pursuit of their educational goals,” Garrett said, noting Emory’s role as a leader in providing support and opportunities for veterans.

Nearly 800,000 veterans live in Georgia, which boasts the 5th highest population of active duty military service members in the nation. In fact, about 9 percent of the state’s population has either served or is currently serving in the armed forces, noted Sterk.

The panel discussion examined issues those veterans and their spouses often grapple with when re-entering the civilian workforce, from difficulty transferring professional certifications and licensure across state lines to experiencing a loss of identity, financing next career steps, and special challenges faced by female veterans, including bias in the workplace.

Veterans now transitioning into the civilian workplace were advised to start researching options early, utilize friends and contacts to create their own support networks, resist downplaying military skills and accomplishments, set reasonable goals and expectations, and keep an open mind.

Sterk recognized programs offered across Emory in support of veterans and their families, from facilitating educational opportunities to providing health care and legal support, recently earning the university recognition as a “military friendly” institution.

Emory provides veterans' education benefits through all of the undergraduate and graduate schools that make up the university. The university also has partnered with Service to School, a national organization that helps transitioning military veterans gain admission to the best college or graduate school possible.

“Whereas I sound as if we are doing so many things so well, I am realistic enough to know that there is much more that we can do and should do,” Sterk said. “The only way is if we do it together.”