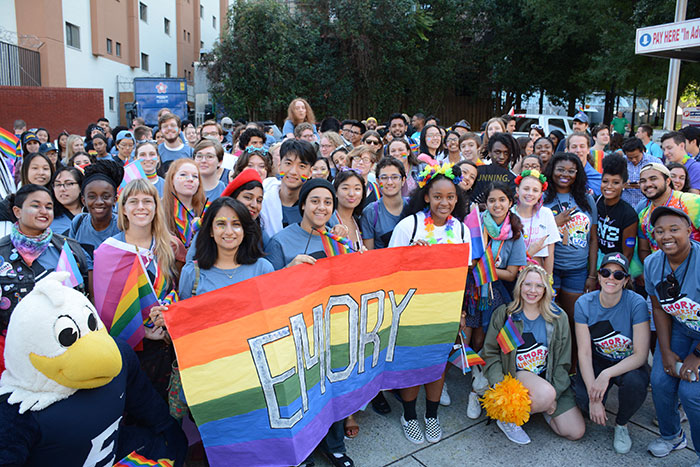 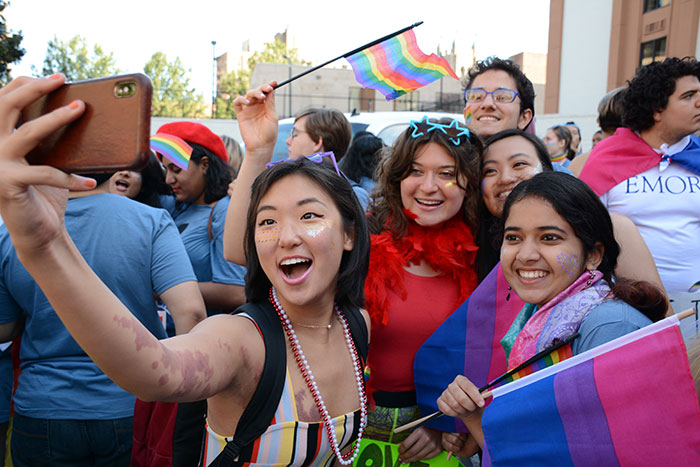 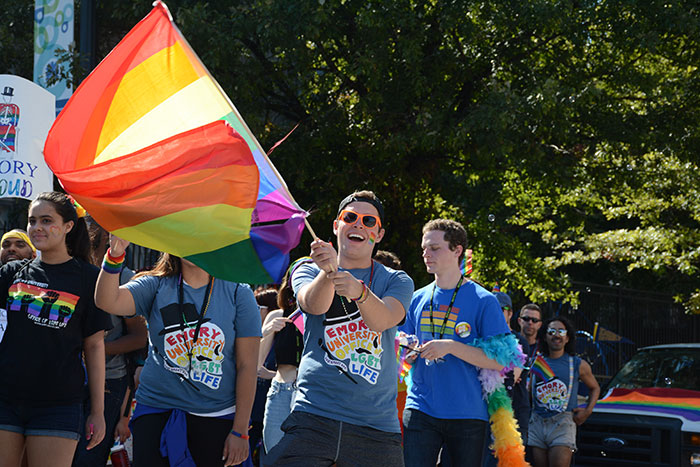 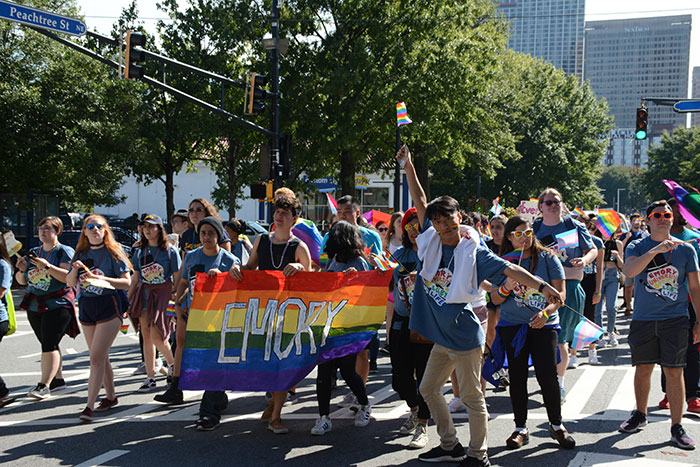 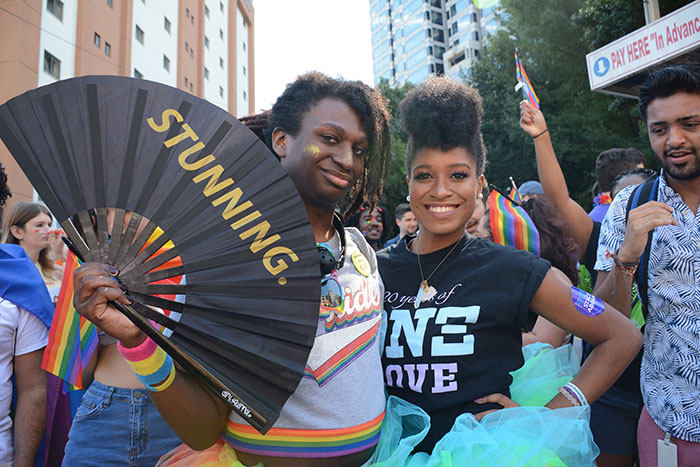 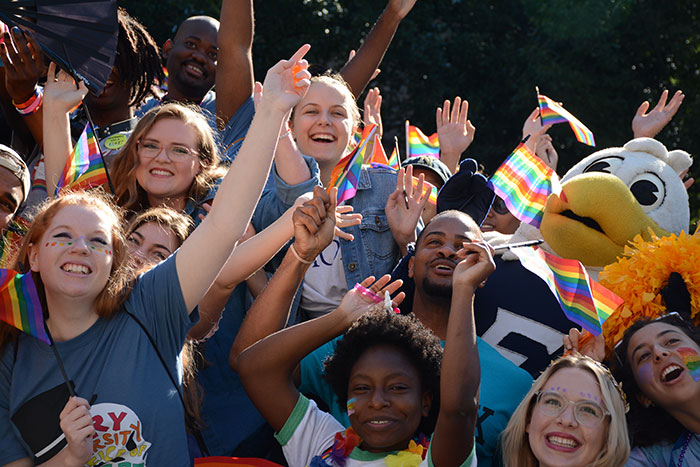 A large contingent from Emory joined in the Atlanta Pride Parade on Sunday, Oct. 14, taking to the streets of Midtown Atlanta to celebrate the fight for LGBTQ equality.

Emory has long been a leader for LGBTQ rights in the South. Founded in 1991, Emory’s Office of LGBT Life is the 10th oldest such campus office in the nation and works to engage the university community in the creation of an affirming and just campus environment while supporting the development of students of all gender and sexual identities.