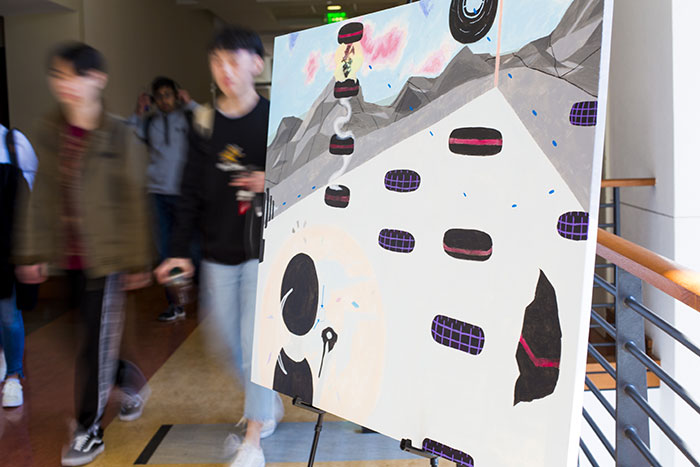 A painting by Georgia Tech student Bianca Guerrero portrays a virtual reality game used to measure players’ perception of time as well as eye movement. The art is based on research by Georgia Tech psychologist Malia Crane. 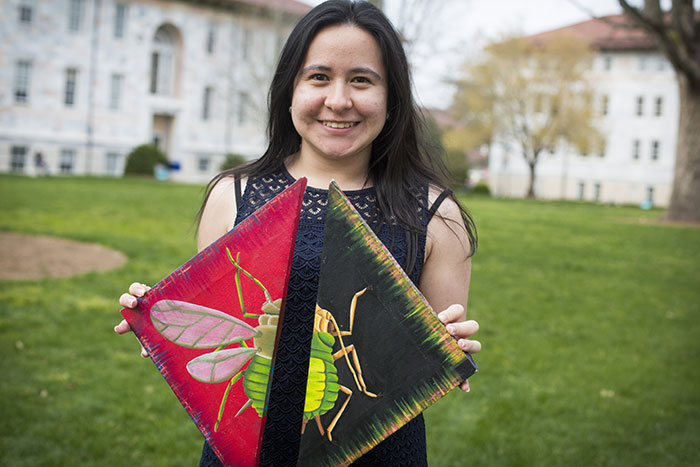 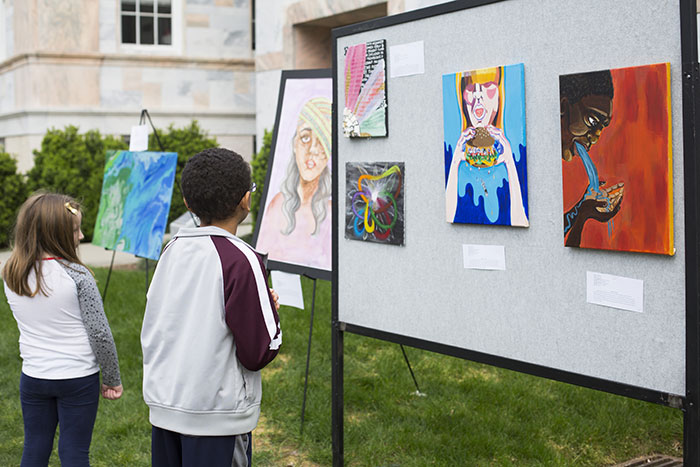 Young visitors to the Emory campus peruse some of the S.A.W. art on the Quad, including pieces done by Emily Isaac, a first-year Emory student majoring in environmental sciences and theater, who portrayed work by Georgia Tech’s agricultural program. 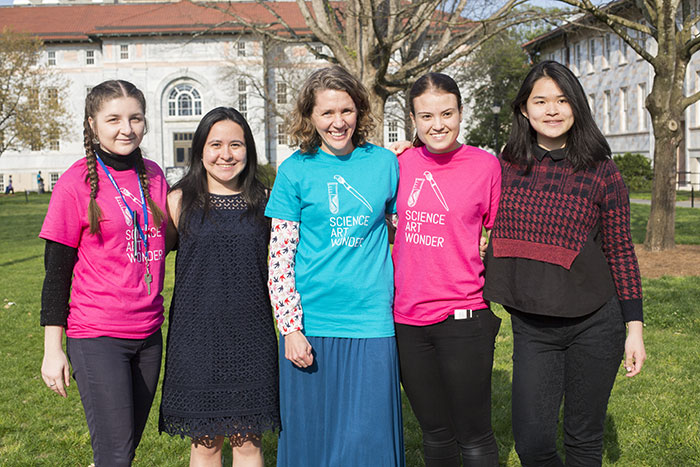 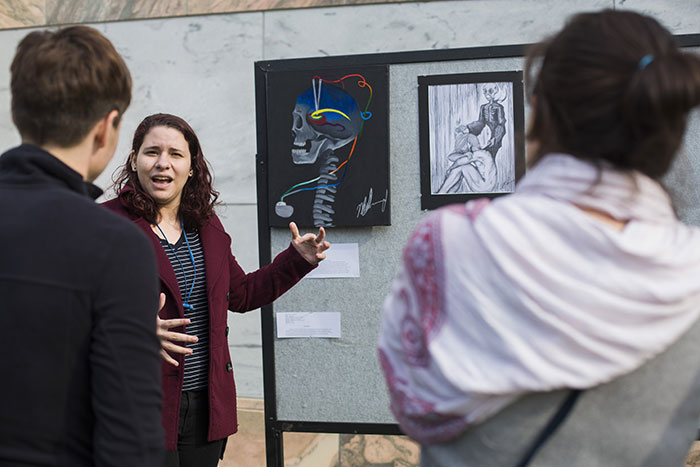 Emory senior Maureen Ascona, a neuroscience and behavioral biology major, shown above, teamed with Helen Mayberg, a professor at Emory School of Medicine who uses deep-brain stimulation to help patients with treatment-resistant depression. 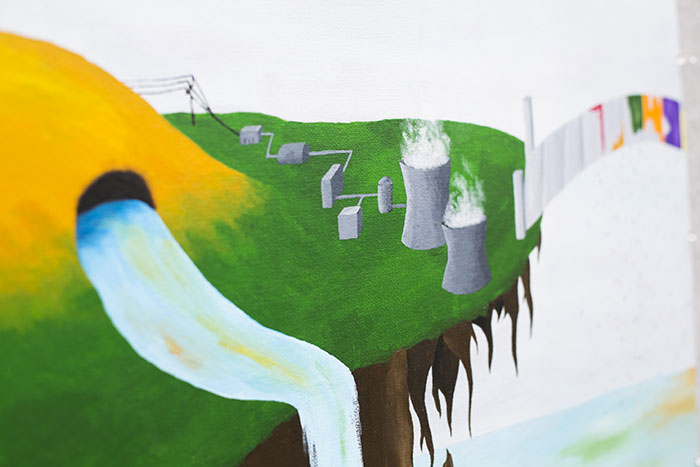 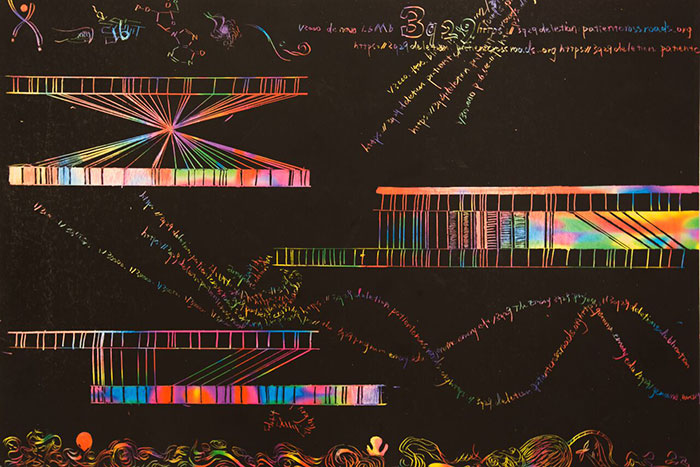 A piece by Alice Yang, a first-year Emory student, who teamed with researchers of human genetics in the Emory 3q29 Project. Yang used the medium of scratch-off paper to portray the nanomapping of fluorescent-labeled alleles, variant forms of a given gene.

Frankenstein and robots rise up for Atlanta Science Festival Feb. 22, 2018

A small crowd gathers in Emory’s White Hall before the menacing sight: Large rubber worms arrayed on triangular red spikes. The jagged spikes, from a few inches to more than a foot tall, lean crazily in all directions. Some of the worms — suspended on near-invisible fishing line — appear to rise off the spikes, escaping to a circular mirror hanging from above.

“This is how evolution works!” says Ethan Mock, a sophomore majoring in ancient history, who created the sculpture, titled "The Crucible." He looks dapper in a leather vest and tweed cap and speaks with theatrical flair to the crowd. “The spikes represent the trials and tribulations of the worms’ struggles. Most are trapped in the spikes but a few climb out, not realizing that they are simply climbing into a new trial, a new test.”

The onlookers include a mix of college students, children their parents, brought together by campus events during the recent Atlanta Science Festival. Joining the regular attractions of Physics Live! and Chemistry Carnival is the debut of an art exhibit by a new, student-run program called Science.Art.Wonder., or S.A.W. Just over 100 artists — most of them untrained college students — teamed with scientists from Emory and Georgia Tech to translate their research into art.

Mock worked with the lab of Levi Morran, an assistant professor in Emory’s Department of Biology who studies co-evolutionary dynamics by experimenting with a host (a microscopic worm called C. ) and a parasite (a bright red species of bacteria called Serratia marcescens that is lethal to C.  upon consumption).

“This is so cool!” says Pareena Sharma, a first-year biochemistry major at Emory, as she snaps a photo of the sculpture. “It’s so relatable to me. I’ve been doing this same experiment since the first of the semester in Biology 142.”