'Like reading a novel of a young philosopher': Emory reacts to Obama's letters 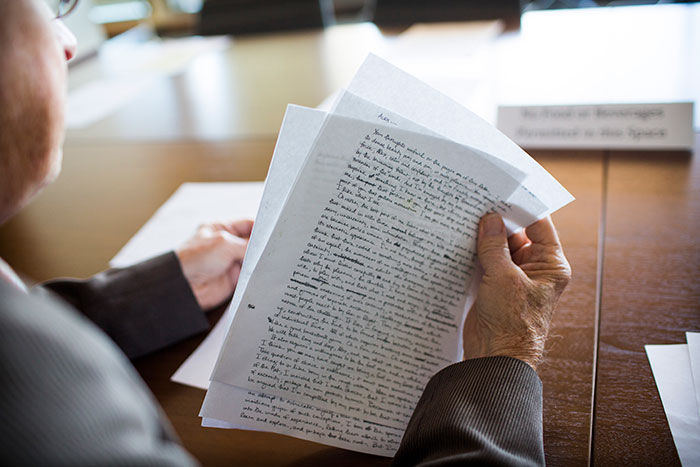 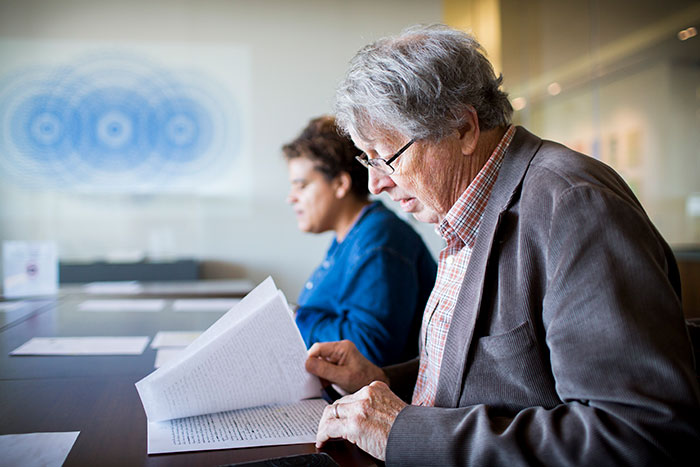 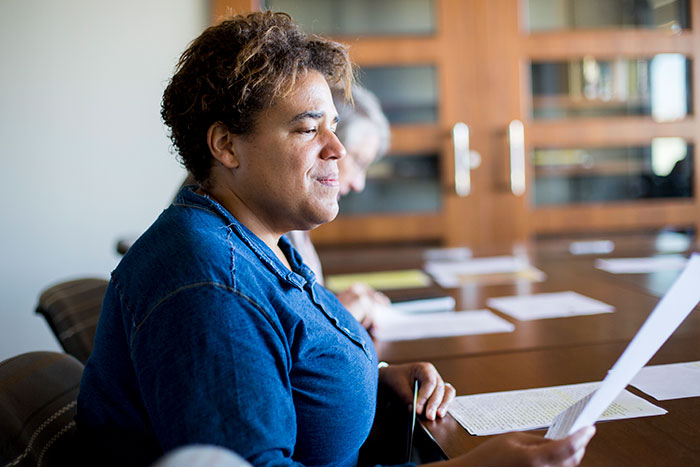 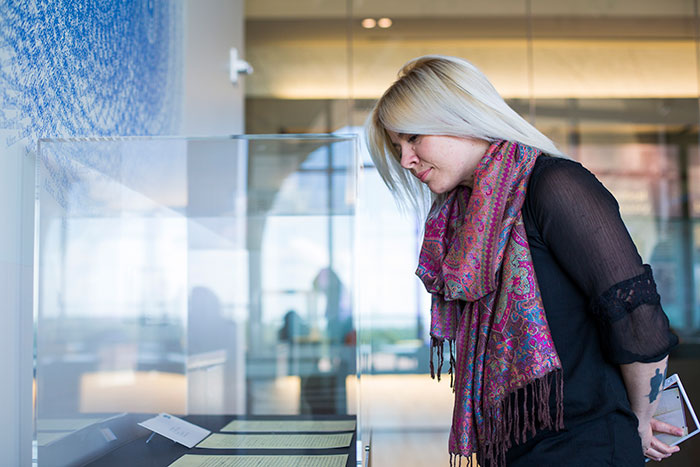 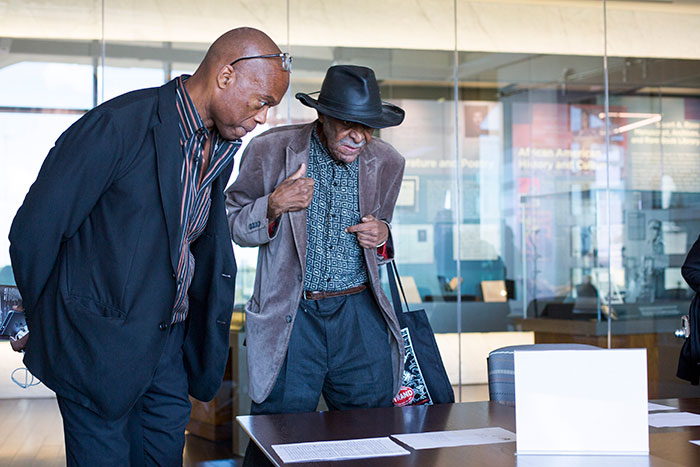 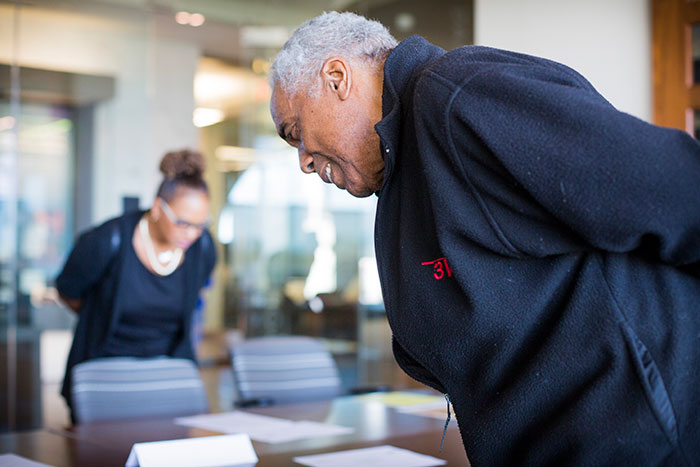 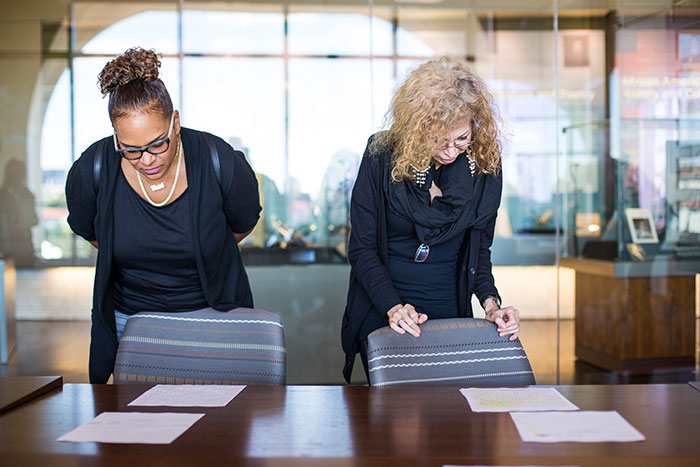 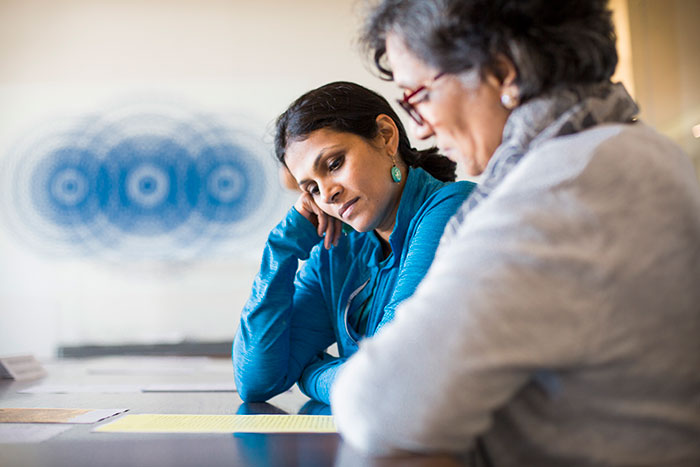 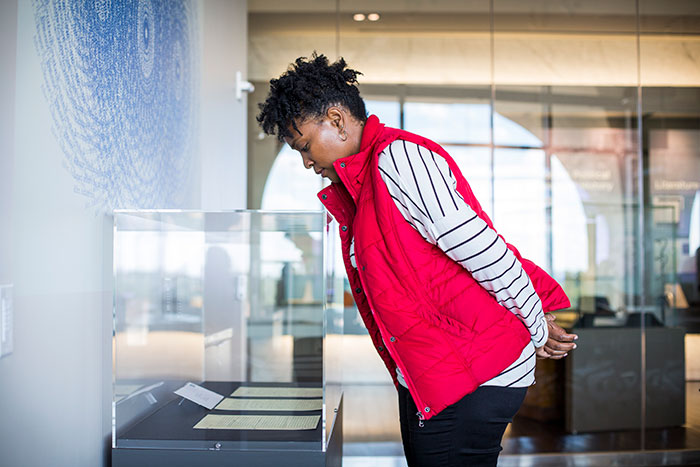 Since announcing the acquisition of President Obama's letters, the Rose Library has welcomed a steady stream of students, faculty, staff and alumni to read his thoughts as a college student.

The room in the Stuart A. Rose Manuscript, Archives and Rare Book Library was quiet, almost reverent, as a small group of people read the nine letters written by former President Barack Obama in the early 1980s. Some people read every line, lingering over one letter before moving on to the next.

The letters, acquired by the Rose Library in 2014 and released for researcher use on Oct. 19, have been made available for three public viewings, the latest on Tuesday. A college-aged Obama wrote the letters to Alexandra McNear, who he was dating at the time, but these aren’t the typical mushy missives.

“It was like reading a novel of a young philosopher — clearly not the 'love letters' that I was expecting,” says Maria Jenkins, a resources management specialist at the Woodruff Health Sciences Center Library. “These letters give very intriguing insight into a man who will forever be remembered as our first African American president. I felt privileged to lay my eyes on the letters.”

“I was most struck by how thoughtful the letters were,” says Ramsey Baden, a junior majoring in creative writing. “It's hard to imagine anyone writing in such a considerate way today. Our messages have become impulsive and a little careless, but there was nothing aimless about Obama's writing.”

Gabe Baskin, a junior majoring in political science and sociology, viewed the letters with his family during Family Weekend. The letters were like the writings of an author, he says.

“I enjoyed reading Obama’s thoughts, as he truly expressed himself free from political ramifications,” Baskin says. “As a student, I could particularly empathize with Obama’s writing as he articulated some of the challenges students face in completing their degrees.”

Kelly Duquette, a graduate student in English, was inspired by Obama’s sense of curiosity and desire to learn on a continual basis.

“When you read about his interactions with members of the community, it's clear he was a student in ways beyond the classroom,” Duquette says. “It struck me how often he put himself out there. He got to know people with different experiences than his own. His letters are a great example of stepping outside your comfort zone for the sake of learning.”

Duquette, who also works in the Rose Library, assisted with the public viewings of the letters on the Friday and Saturday of Homecoming and Parents Weekend. “A number of people commented on how creative and thoughtful he was for a young man,” she says.

Several people who read the letters also had an emotional reaction, Duquette says.

“People were clutching their chest, or laughing, or grabbing the person next to them and pointing out sections of the letters to each other,” she says. “People of different age ranges came to read them. Two undergraduates were floored, being the same age as Obama was at the time — they said they could never write like that.”

“People seem profoundly touched,” Magee notes. “One alum said, ‘I don’t share Obama’s political views; however, I’m very impressed with the quality of his writing and his thinking, and I appreciate the insight these letters provided and being able to see the kinds of things that are important to him.’”

Readers have been as intrigued by Obama’s phrasing of the details of his daily life — renting a typewriter, drinking V-8 juice, going for a run in New York City — as by his eloquent expression of his search for his place in the world and his sense of identity.

“I was struck by the volume, how long the letters were and the detail he went into,” says Michelle Wright, Longstreet Professor of English at Emory. “It’s clear this is someone who is always thinking about the world around him and his place in it, sifting through what’s happening … From the mundane, everyday routines to thinking about how to affect change on a larger scale, his writing is fascinating.”

“There’s also a literary quality to them,” Magee says. “We see the emergence of his own thinking about himself as a writer, not by talking about it but by enacting craft of writing through these letters.”

“Emory Libraries offer our students, faculty and staff a wide variety of resources, giving those who seek knowledge access into the thoughts and workings of extraordinary people,” says Emory University Librarian Yolanda Cooper. “We’re so pleased to add President Obama’s letters to our collections in the Rose Library. They provide a unique glimpse into the early reflections of an enlightened young man on a path that would eventually lead to the presidency.”

Researchers can make an appointment to view the letters in the Rose Library Reading Room at the library’s online appointment page. No additional public viewings are planned at this time.