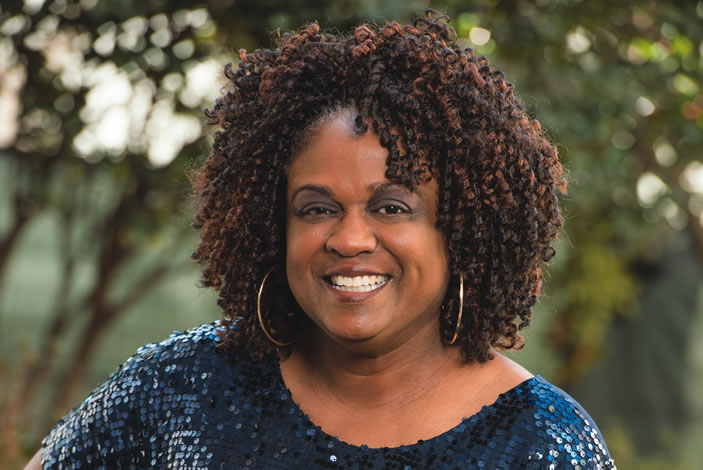 Sylvia Ennis, who at the time of the accident was a clinical business manager at the Neonatology Division of the Department of Pediatrics at Emory School of Medicine. 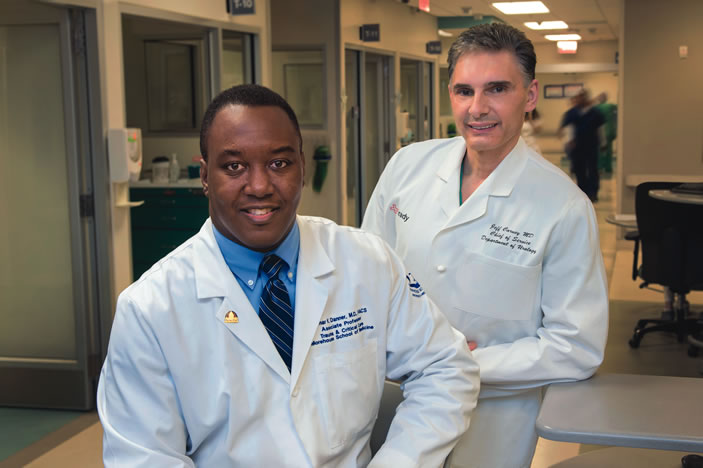 Trauma surgeon Omar Danner was the first doctor to encounter Ennis at Grady at the accident; Chief of Urology would ultimately reconstructor her ureter. 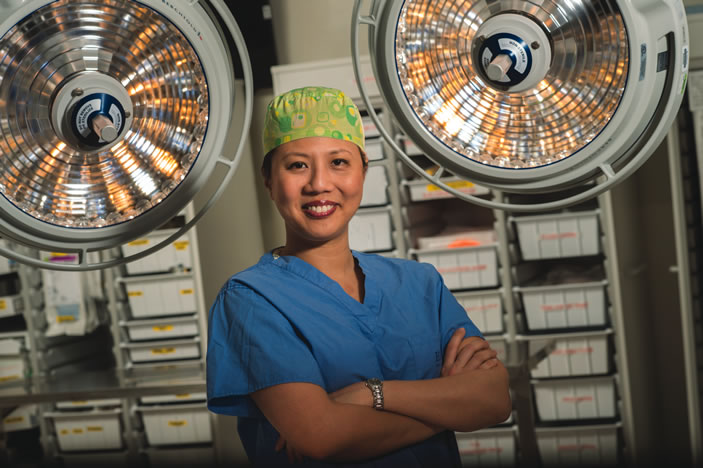 Plastic surgeon Angela Cheng had seen impalements before, but nothing quite like the one suffered by Ennis, which was a gaping wound 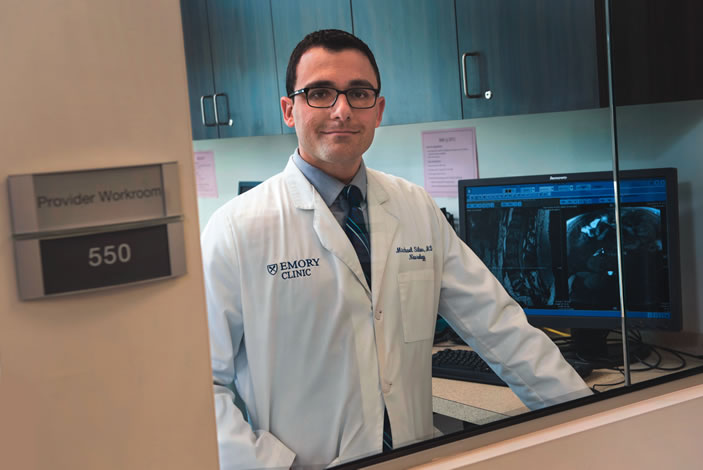 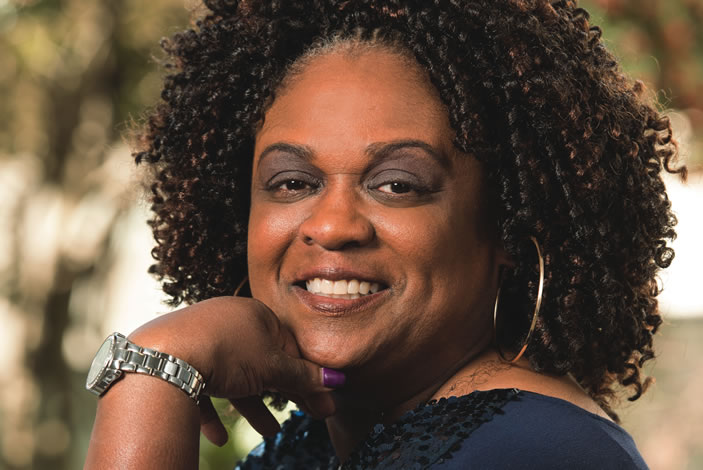 Ennis refuses to be defined by the horrendous accident, the winding roadmap of surgical scars, the years of rehabiliation and physical therapy.

The Evolution of Aimee Copeland April 1, 2015

The morning of January 2, 2013, dawned unremarkably over Atlanta — cool and overcast, with a leaden sky that hinted of rain.

Weak winter light threaded through the treetops that tower over Clifton Road as Sylvia Ennis wound her way to work on a pleasant, woodsy route just south of the Emory campus, past vintage brick homes, tidy lawns, and dense foliage that changed with the seasons.

Normally, Ennis wouldn’t have been heading back to campus so soon after the holidays. But it was the start day for a new hire, and they had arranged to meet at the Neonatology Division of the Department of Pediatrics at Emory School of Medicine, where Ennis was a clinical business manager.

As her Toyota Corolla spun along Clifton Road, Ennis mentally primed herself for the workweek. Wearing a new gray suit and earrings, a pretty blue blouse, and her favorite boots, she felt sharp and prepared, ready to meet the day. Despite the gloomy weather, her thoughts spooled happily among the tasks that lay ahead and the excitement of an upcoming trip, a long-awaited Caribbean cruise with friends in early February to celebrate her 50th birthday.

Ennis never heard the tree coming down, only its deafening arrival atop her sedan, an instantaneous explosion of crushed steel, shattered glass, and sudden, enveloping darkness.

The loblolly pine was more than 100 feet tall, a towering reminder of a time when dense woodland patches rose over much of North Georgia. Its trunk was so stout it would have taken the arms of two people to encircle it.

Falling from the opposite side of the street, the tree landed diagonally upon Ennis’s car, stretching from the left front bumper across the front passenger’s seat, where it fully collapsed that side of the roof.

Through a haze, Ennis struggled to absorb a landscape suddenly turned bizarre and nonsensical. She saw the damage around her before she fully understood it, and felt her senses awaken in staggered waves. The tree’s trunk had landed inches to her left, trapping her in the only part of the car that hadn’t been flattened. Peering through a fractured windshield Ennis could make out a wall of dark, mossy bark and a dense tangle of pine needles and branches, which enveloped her like a prickly cocoon.

Glancing down, what she saw didn’t make sense—a tree limb the size of a fence post protruded from her abdomen. A good six inches in diameter, the jagged branch had speared through the windshield and the steering wheel before striking Ennis. Oddly, she didn’t see a drop of blood.

Shivering and in shock, she knew only that she was cold, conscious, breathing, alive. Her thoughts immediately flashed to her son, Dayvon, and grandson, Nasir. Ennis realized she wasn’t going to live through the day. There was no surviving this. Closing her eyes, she prayed that they would be able to find peace without her.

Through a jumble of pine needles and dark branches, a man’s face appeared at her window. Ennis didn’t understand. Am I already in heaven? Is this an angel?

“Are you okay? Can I call somebody?” the passerby shouted.