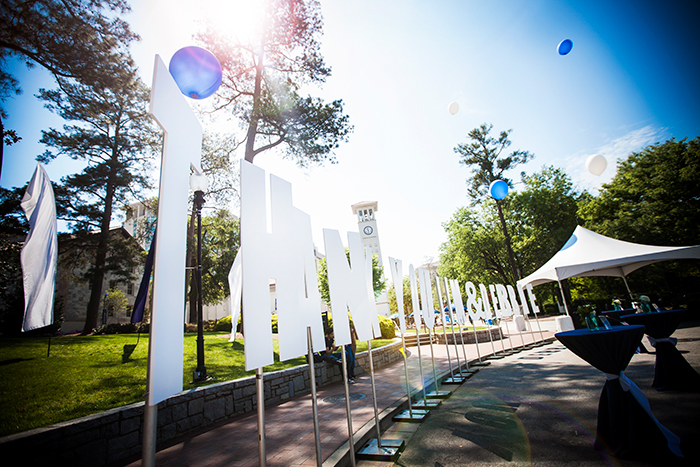 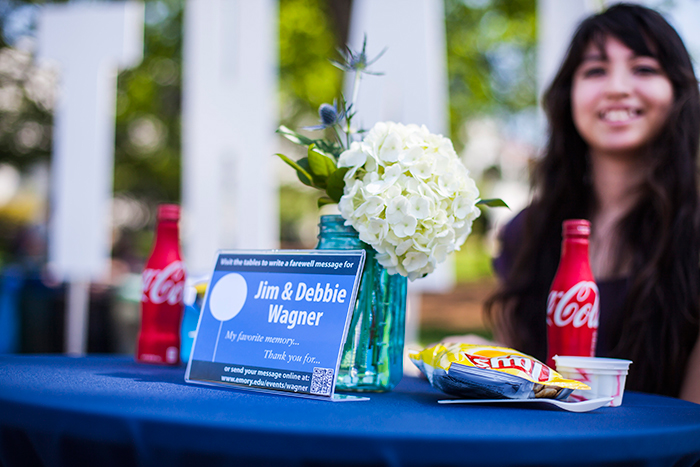 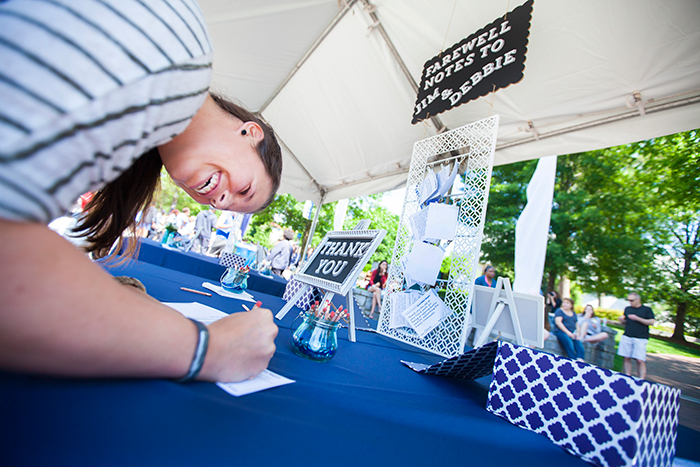 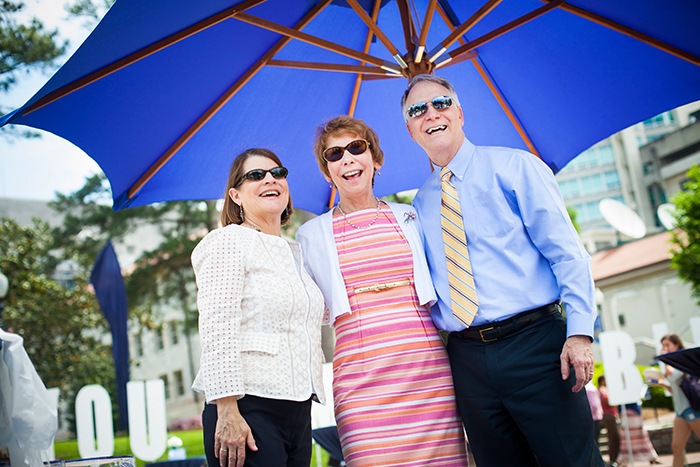 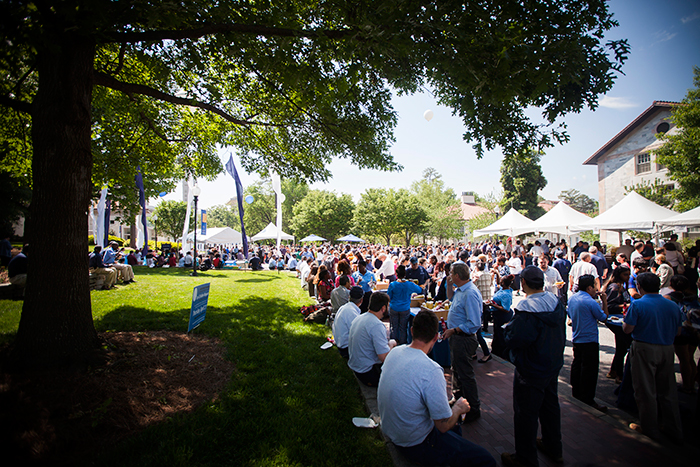 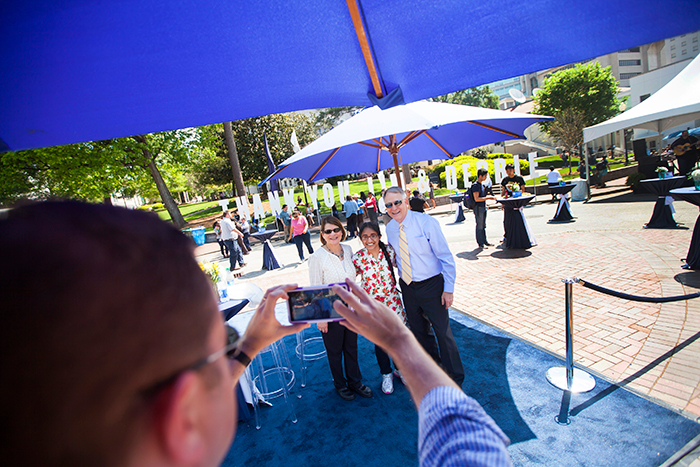 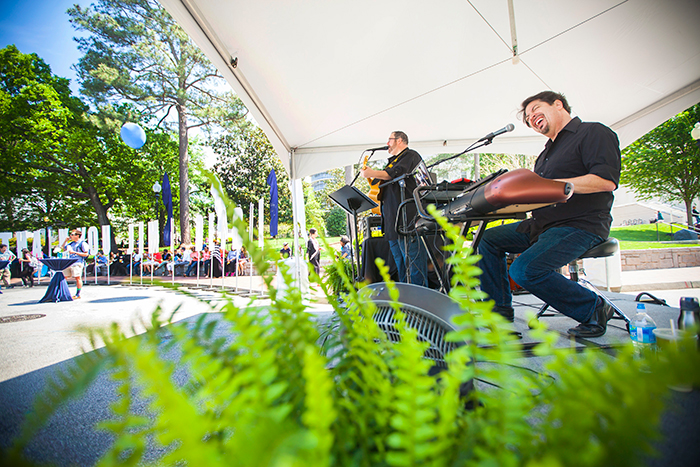 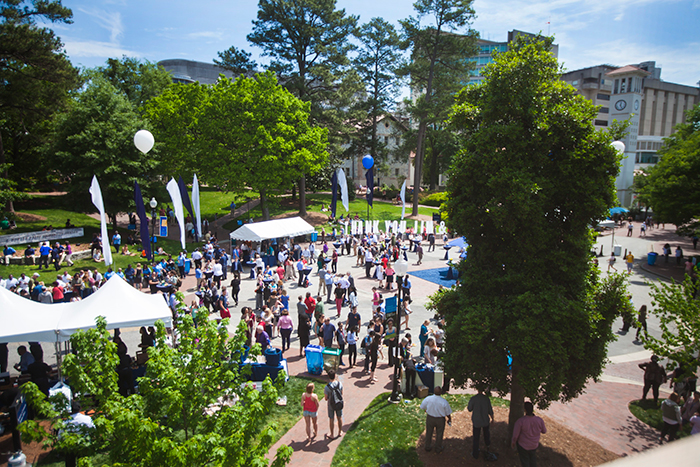 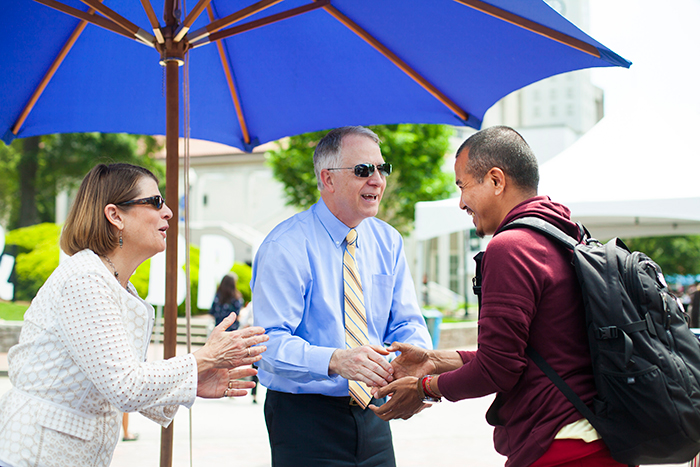 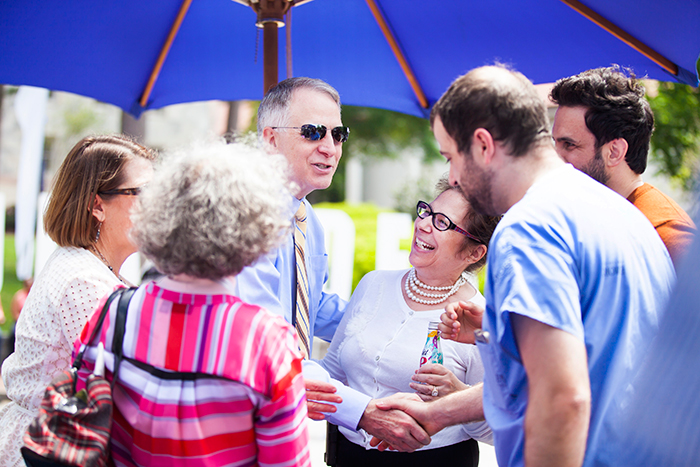 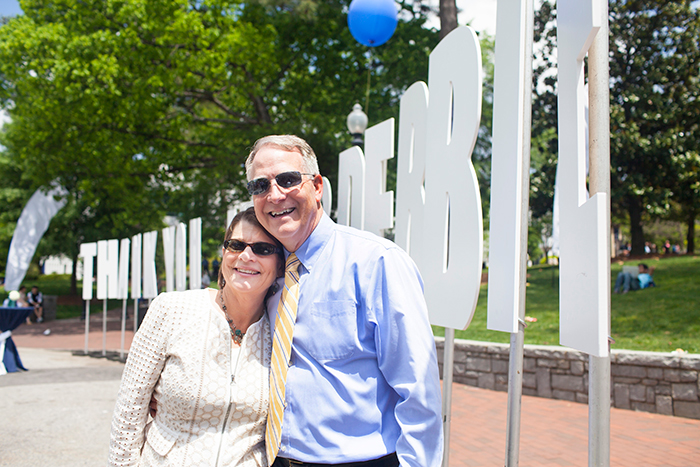 The Emory community united April 21 for a festive block party to thank President James Wagner and his wife, Debbie, for their contributions to the University. Emory Photo/Video

Emory students, faculty and staff came together on Thursday, April 21, for a block party to thank Emory President James Wagner and his wife, Debbie, for their service to the University.

Wagner, who became president of Emory in 2003, will retire at the end of August. The block party offered an informal opportunity for well-wishers to visit with the Wagners before the busy weeks of finals and Commencement.

Crowds gathered in Asbury Circle from 11:30 a.m. to 1 p.m. to enjoy music, hot dogs, chips, ice cream and Coca-Cola beverages. Attendees bid goodbye to the Wagners in person and contributed written messages on cards that will be assembled into a guest book.

The Emory community may also share favorite memories of the Wagners or farewell messages online.