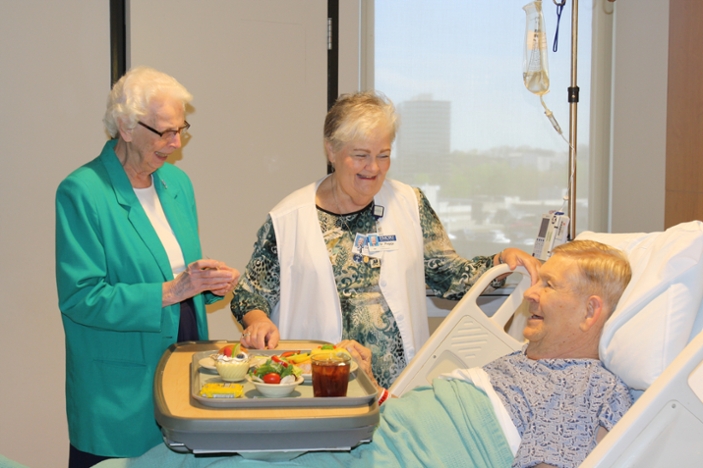 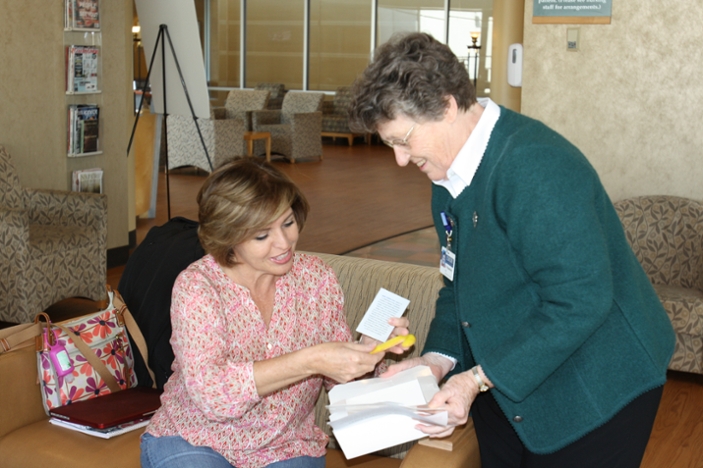 During the two day celebration, several events were held at the hospital, including a traditional Italian meal served in the café, a custom observed at the table of Saint Joseph. Additionally, each patient received a card on their meal trays commemorating and explaining the significance of Saint Joseph’s Day and the hospital’s continued commitment to the Mercy mission.

Sister Rosemary Smith, chief mission officer of Emory Saint Joseph’s, and a Sister of Charity of St. Elizabeth, also joined staff in distributing cookies in the shape of the staff of Saint Joseph to all employees and visitors at the facility.

Also known as the Feast of Saint Joseph, this annual event is focused on Joseph, the protector and provider of Mary and Jesus. Through the years, Joseph also became associated with comforting the sick and dying, and many hospitals and healthcare facilities throughout the world have been given the name Saint Joseph’s for this reason.

Saint Joseph’s model of compassionate care continued centuries later when the Sisters of Mercy established Saint Joseph’s Hospital in 1880, with a mission of providing compassionate, clinically excellent health care to those in need, with special attention to the poor and vulnerable.