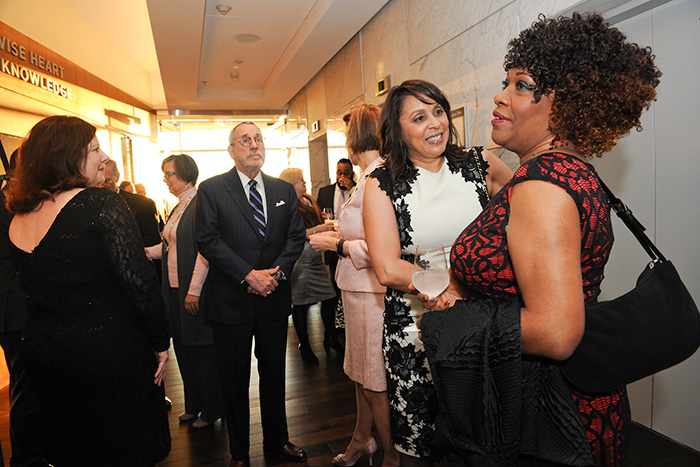 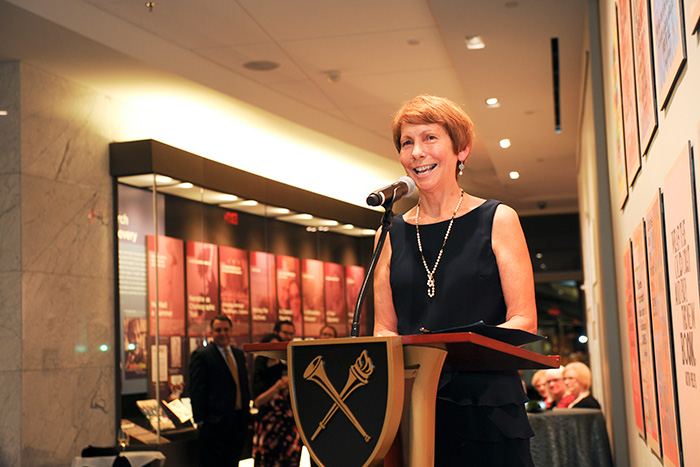 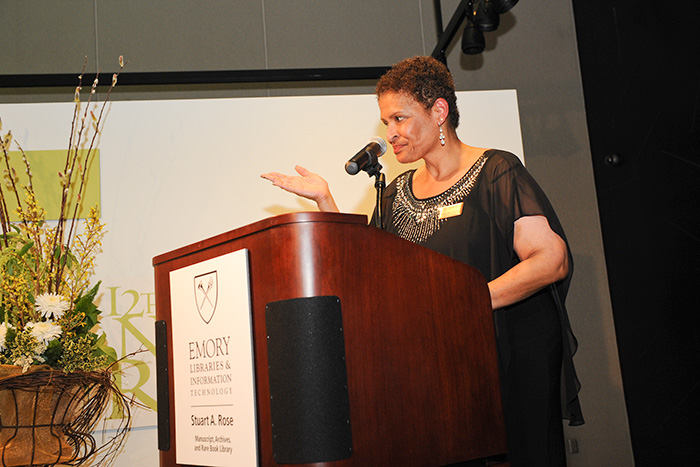 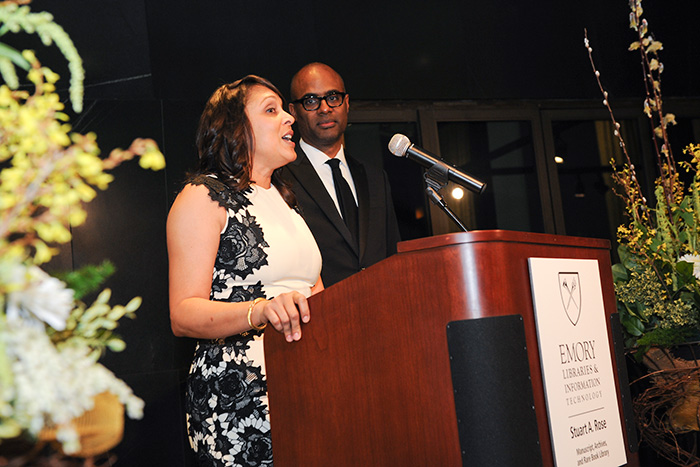 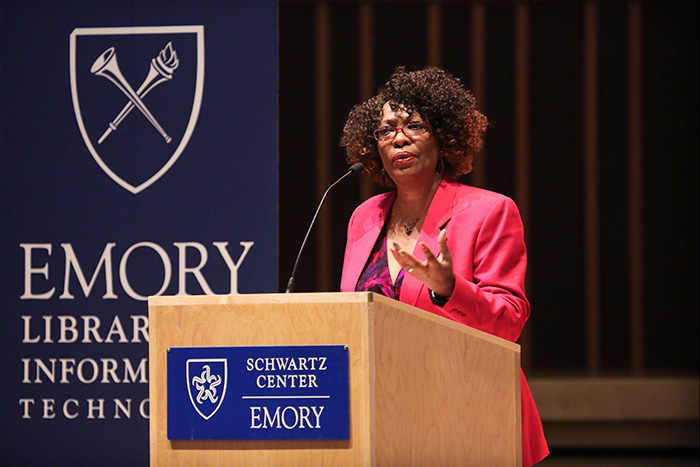 The day after the Twelfth Night Revel, Rita Dove gave a free public reading at the Schwartz Center for Performing Arts. 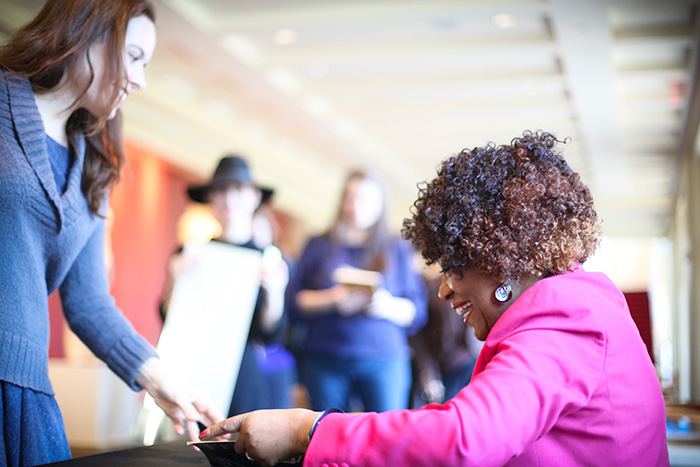 Dove signed books and met with attendees after the reading.

On Saturday evening, Dove was the guest of honor and read a poem at the Twelfth Night Revel, the annual literary celebration and fundraiser for Emory's Stuart A. Rose Manuscript, Archives and Rare Book Library.

She joined this year's Chief Revelers, Emory professors Natasha Trethewey and Brett Gadsden. Trethewey served as U.S. poet laureate from 2012 to 2014 and is Robert W. Woodruff Professor of English and Creative Writing. Gadsden is an associate professor in the departments of history and African American studies.

On Sunday, Dove gave a free public reading on campus, offering insight and inspiration to a diverse crowd in Emerson Concert Hall of the Schwartz Center for Performing Arts.

Dove served as U.S. poet laureate from 1993 to 1995 — the youngest person and the first African American to hold that title — and as Virginia’s poet laureate from 2004 to 2006. Her work is known for its lyricism and beauty, as well as its sense of history and political scope.

She delivered the keynote address at Emory’s commencement in 2013, where she received an honorary doctor of letters degree.