Building a blessing from a curse 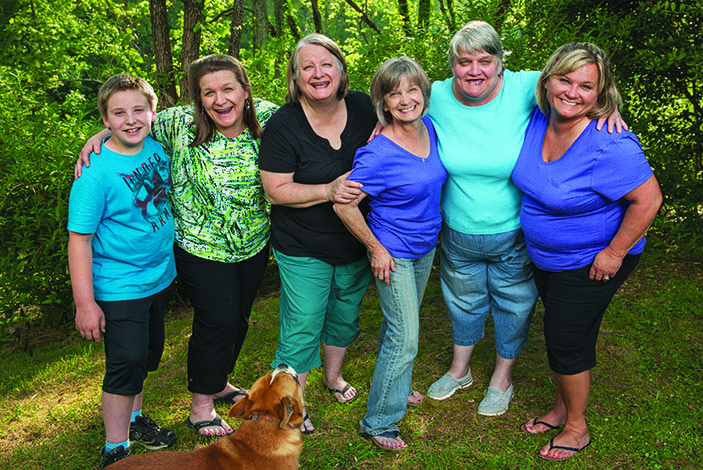 Alzheimer's disease often runs in families, but the risk that runs through the Chastain family's bloodline is higher than researchers have encountered before. 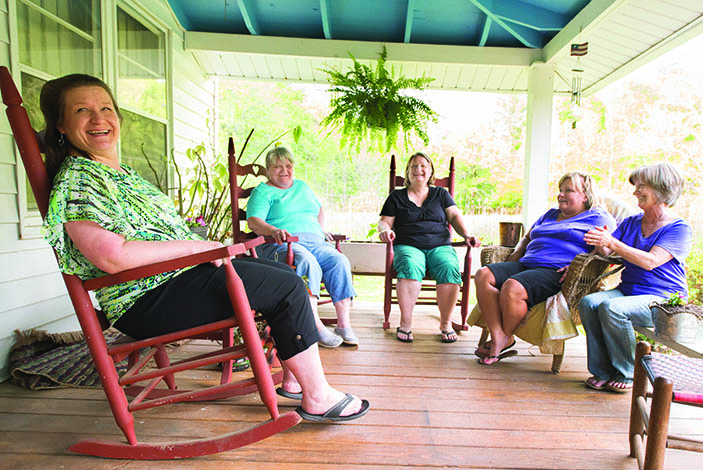 The Lowman sisters — here, gathered in Ellijay, Georgia — say they are participating in Emory research to help future generations. 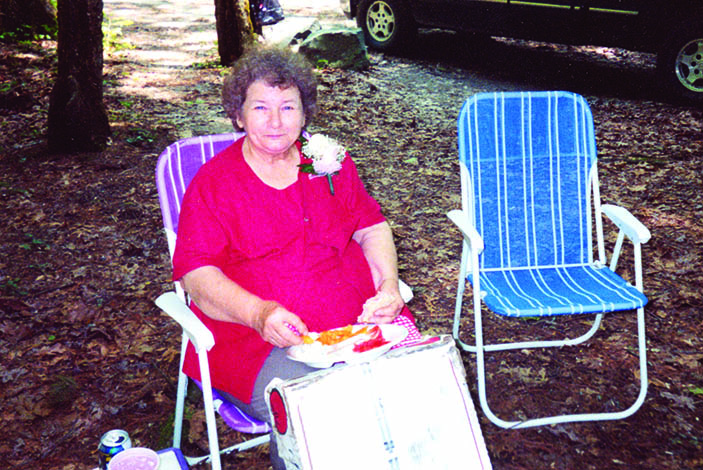 The Lowman family recall many touching moments from more than a decade of caring for their mother Mildred “Lily” Chastain Lowman, who died of Alzheimer’s disease at age 78. 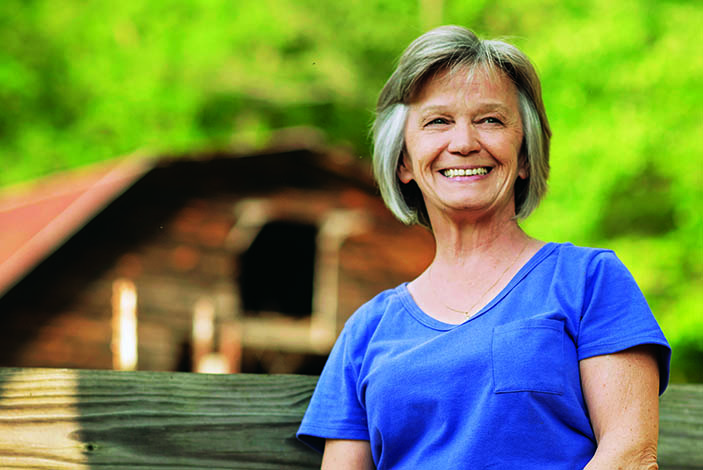 “Why not take what could be a curse and make it a blessing?” says Louise Lee.  “I tend to get on my soapbox about this.” 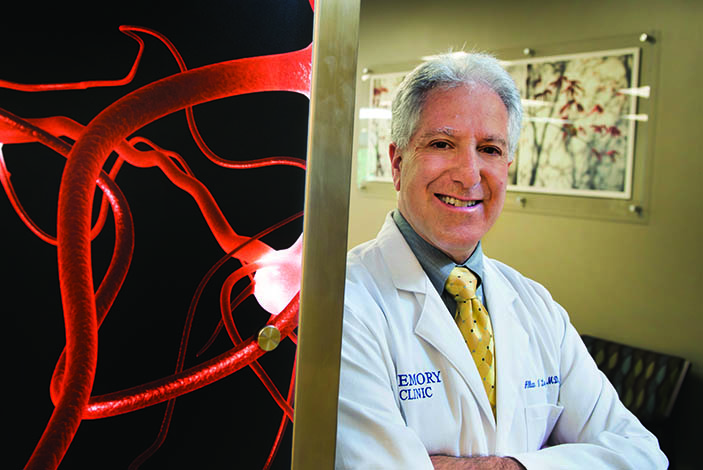 Neurologist Allan Levey is working with the family to try to determine why members have a higher incidence of Alzheimer’s. 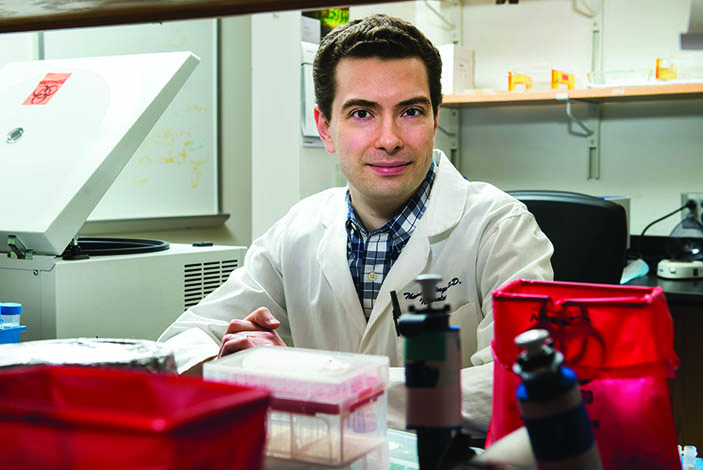 Neurogeneticist Thomas Wingo is searching for clues about genetic causation and risk in Alzheimer’s disease.

More than a decade ago, a woman in her early 70s came to see neurologist Allan Levey for an evaluation. She was experiencing progressive memory decline and was there with her children.

Part of the evaluation involved taking a family history. One of the woman’s sisters had died with dementia and an autopsy had confirmed Alzheimer’s disease. But it was the previous generation that captured Levey’s attention. Her father was one of nine children, and all had dementia. And three family members had had autopsies where Alzheimer’s was confirmed, says Levey, director of Emory’s Alzheimer’s Disease Research Center.

“Every one of the father’s generation was affected,” he says. “This defied what we knew about even the strongest genes.”

Already, genetics was a hot topic in Alzheimer’s research. A major “susceptibility gene” variant—ApoE4—had been discovered that increased one’s risk but was not sufficiently strong to cause the disease by itself.

For early-onset Alzheimer’s, which often strikes before age 60, even stronger genetic determinants had been discovered—three causal genes that were probably responsible for only a small number of cases, but which were autosomal dominant. If you had the gene, you would get the disease.

One such case involved a large Colombian clan from an isolated area in the Andes whose members were exceptionally prone to early-onset Alzheimer’s. Affected family members were discovered to have an altered protein on the presenilin-1 gene on chromosome 14—the Paisa mutation. Each child of a parent with the gene has a 50-50 chance of inheriting the trait. The New York Times and other media have done stories on the family and researchers have traveled from far-flung institutions to conduct studies on family members (one researcher survived a kidnapping by guerillas, who were persuaded to protect the blood samples by chilling them in a river.)

“This is the only place in the world,” said Francisco Lopera, the neurologist who discovered the Paisa mutation, “where we can find a family like this.”

Which may no longer be true.

Members of the family working with Emory seem to have even higher than 50-50 odds of developing Alzheimer’s, which puzzled Levey.

“That kind of made me shake my head,” he says. “Could it be really bad luck? It might be environmental, but that seemed unlikely.”

He began to think it was a new, extremely potent gene.

“I’d never seen a family like this before or read about any described in the literature,” Levey says.

Additionally, family members tend to develop not early-onset Alzheimer’s but the much more common late-onset type, with symptoms emerging in their 60s and 70s.

Genealogical research shows that members of the family share a common ancestor: French immigrant Pierre Jacob Chastain. Through a stroke of luck, the Chastain lineage, now into its 10th to 12th generation in most family branches, has been well researched. The Chastain Family Association has 500 members, and a database of close to 40,000 individual records is available online.

Natalie DiSantis, outreach director for the Alzheimer’s Disease Research Center, is the keeper of Emory’s version of the Chastain’s family tree. She started with the association’s website, piecing together missing links through obituaries, emails, and “someone telling me about their cousin in the Midwest.” DiSantis, who has a background as a health care attorney, has a huge folder stuffed to overflowing with Chastain family records.

“I feel for them,” she says. “To see so many of your relatives go through this, the pain of it seems overwhelming. But I am also excited for them, for this opportunity. Hopefully they will be a part of stopping this awful disease so all the future generations don’t have to go through this.”

DiSantis has created a genealogical scroll more than 20 feet long listing 162 descendants that she has shared with the family, many of whom have supplied family photos to go along with the names on paper.

On one of these branches, eight generations down from Pierre Chastain, are sisters Louise Lee, Sherry Dunn, Daisy Greer, and Holly Phillips. They brought their mother, Mildred “Lily” Chastain Lowman, to Emory from Ellijay more than a decade ago after she began exhibiting symptoms of dementia. “We were sitting in a room with mama and the doctor came in and said,  ‘We’ve been looking for ya’ll,’ ” Dunn says. “Then they explained their research to us. That was a little bit scary.”

After thinking it through, though, the sisters decided they should do everything in their power to help, including searching out other relatives, volunteering for medical tests, and inviting Emory researchers to family reunions. When their mother died in 2008 of Alzheimer’s disease at age 78, it only made the sisters more committed to the cause. They regularly make the drive from their homes in North Georgia to Emory’s Brain Health Center at Executive Park to have their blood drawn and take cognitive tests. Some even consented to spinal taps so researchers could search for early biomarkers of Alzheimer’s disease in their cerebrospinal fluid (such as levels of beta-amyloids and tau proteins, which are associated with the plaques and tangles that damage the brain).

As word has spread, Chastain family members have stepped forward from North Georgia, Alabama, and the Carolinas to help with the research efforts. So many have participated in Emory’s studies—close to 200 so far, with about 100 being actively monitored—that it has become nearly a family pastime.

Emory neurogeneticist Thomas Wingo is studying the family’s bloodline from a scientific perspective, searching for unique characteristics that might be contributing to their likelihood to develop Alzheimer’s. “There was a lot of serendipity in how this family was discovered,” he says. “The reason it has turned into a substantial research project is because of how large the family is and their willingness to participate.”

Regardless of whether the exact causative genes can be discovered, there is great research value in studying families whose members develop Alzheimer’s at higher rates than average. Researchers can track brain changes and biomarkers, conduct longitudinal cognitive testing, and perform clinical trials to test medications and therapies that might slow or halt Alzheimer’s onset in presymptomatic carriers.

“This family sees very clearly what is happening and is motivated to help us discover what causes the disease,” says Allan Levey. “We owe them a large debt, one I hope we will be able to repay someday.