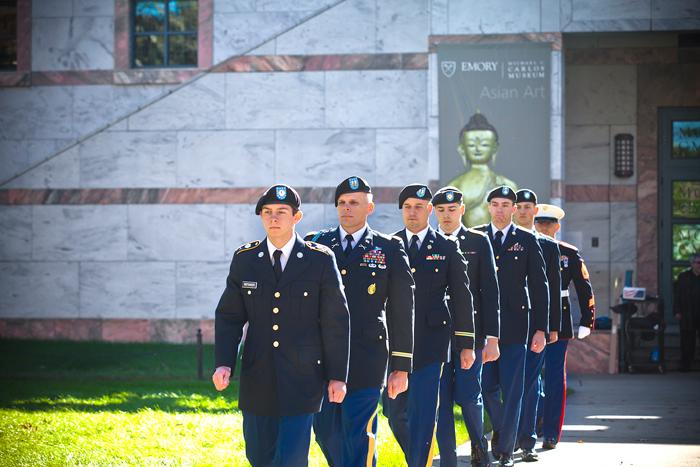 The Emory color guard arrives at the Veterans Day Ceremony on Nov. 11. 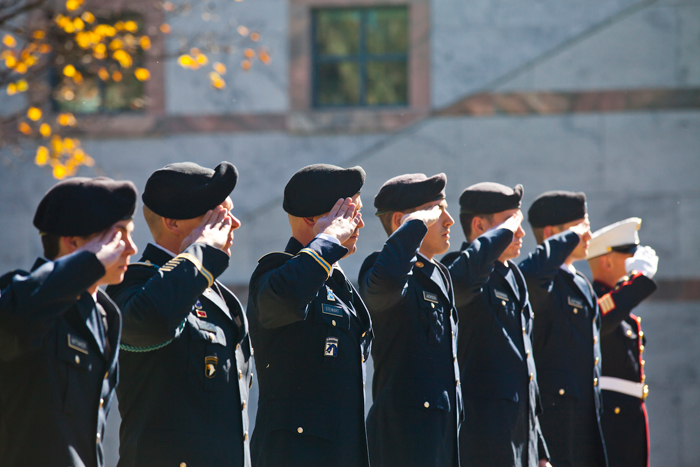 The Emory color guard salutes during the Veterans Day Ceremony. 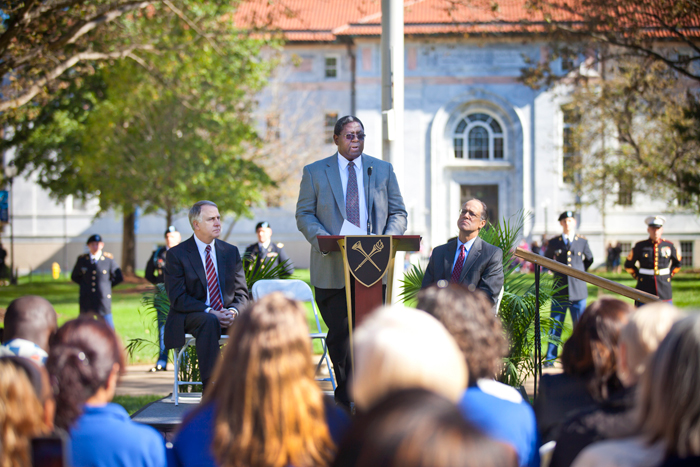 Retired Army Col. Jesse Brokenburr reflects on his 28 years of service to our nation. 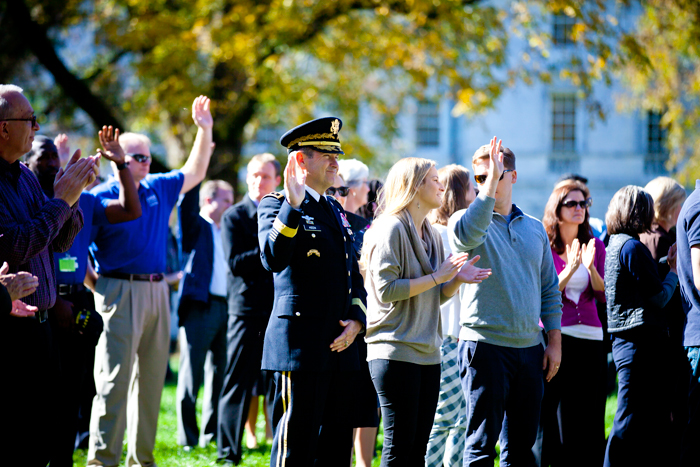 Retired Lt. Gen. Ken Keen, associate dean of leadership development at Goizueta Business School, raises his hand along with others who identify as veterans. 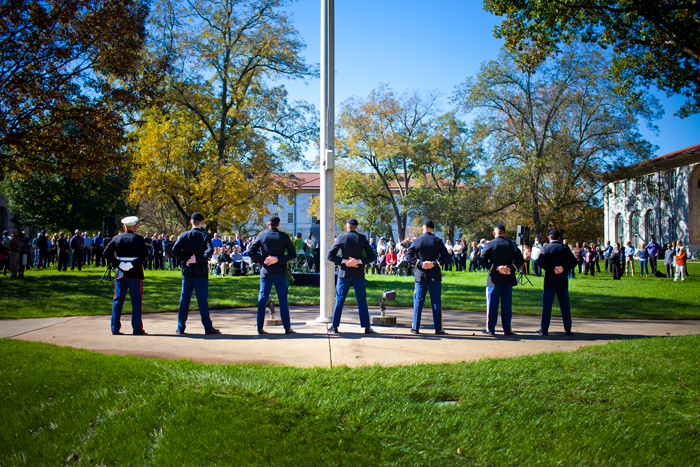 The Emory color guard watches over the ceremony on the Quad. 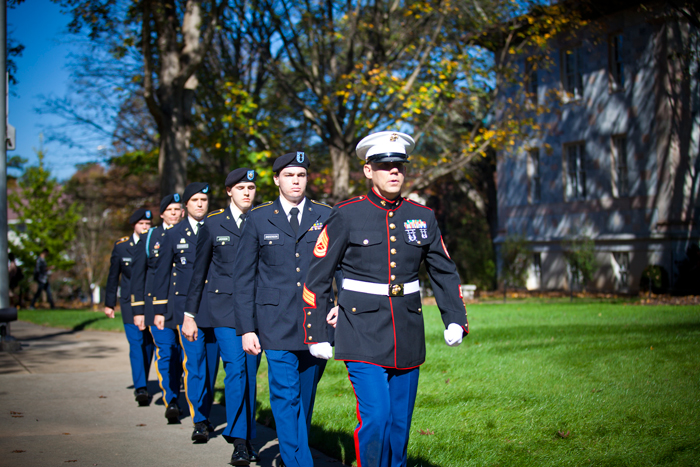 The Emory color guard leads the way at the end of the Veterans Day Ceremony. 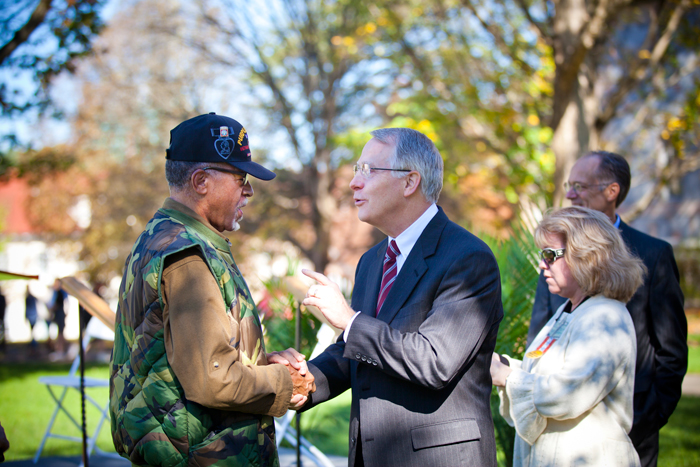 President James Wagner catches up with a veteran in the crowd at the campus Veterans Day Ceremony. 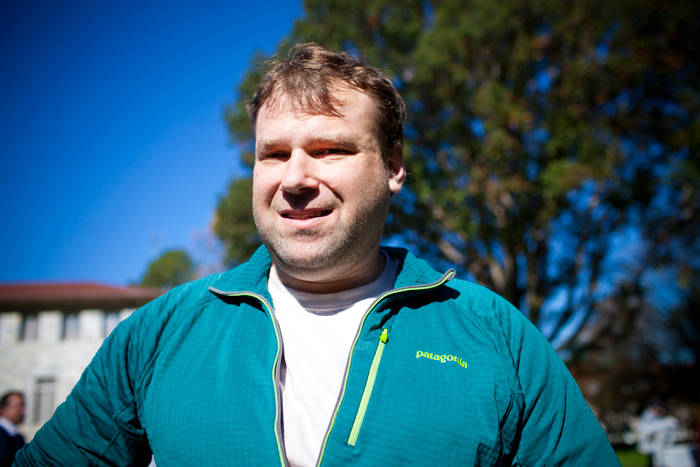 U.S. Navy veteran James Heckman is in his second year at Goizueta Business School. He chose Emory because of Goizueta's outstanding admissions department, and for the diversity of Emory and Atlanta. 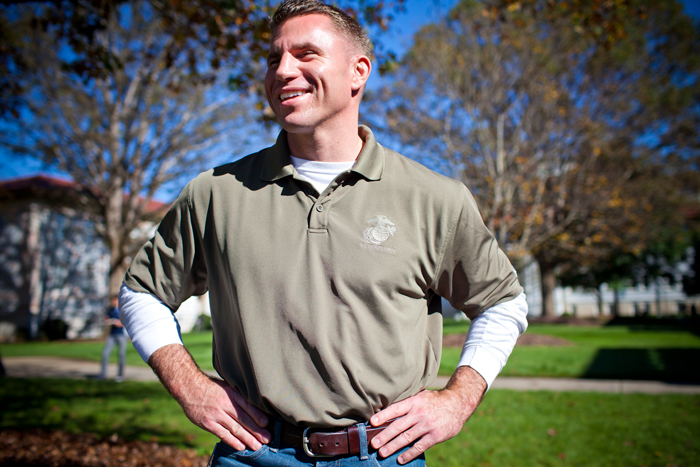 U.S. Marine Corps veteran David Sabino is getting a Masters in Development Practice at the Emory Laney Graduate School. Growing up in Atlanta, he said Emory was a clear choice when he decided to attend graduate school after two deployments.

The Emory community came together to honor those who have served in our nation's military in a Veterans Day Ceremony on Wednesday, Nov. 11. Retired Army Col. Jesse Brokenburr made remarks during the occasion, reflecting on his 28 years of service. "I was able to go places and see and do things that I never imagined," Brokenburr shared.

Emory President James Wagner recognized the importance and impact of veterans to our nation and community. When asked to raise their hands in the air, dozens of proud veterans obliged, highlighting the diversity of veterans on the Emory campus. Students, faculty, deans and staff were all represented, along with every arm of the service.

Wagner offered his appreciation on behalf of the entire Emory community: "Thank you for defending our right to life, liberty and the pursuit of happiness."