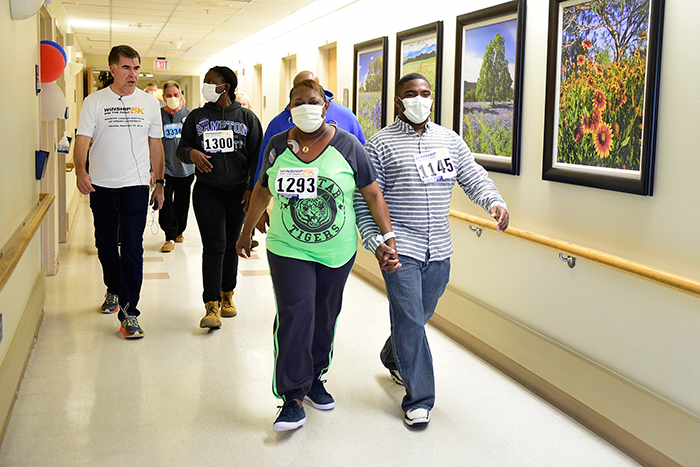 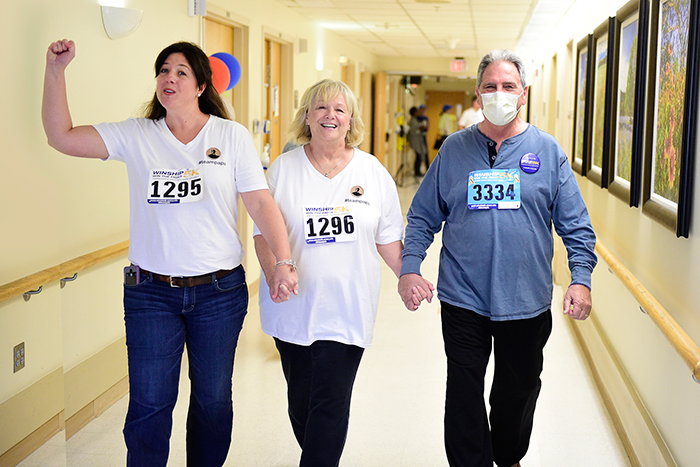 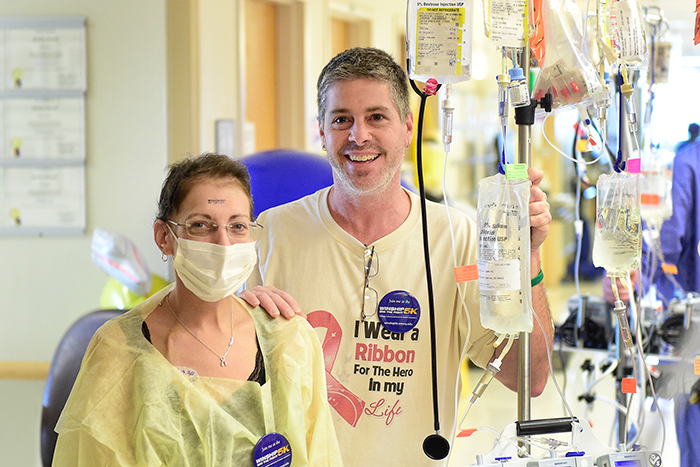 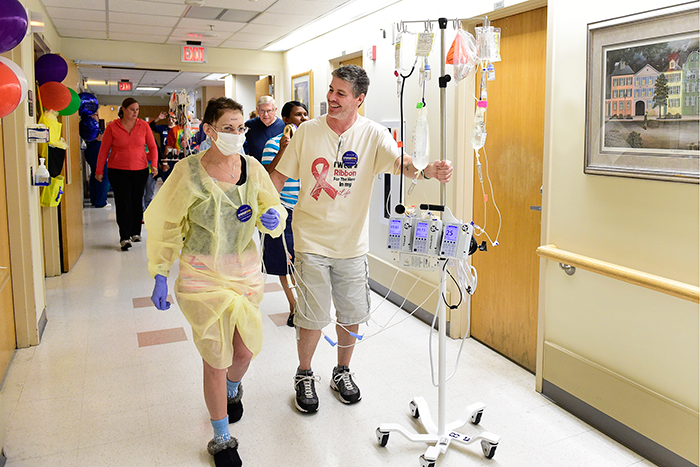 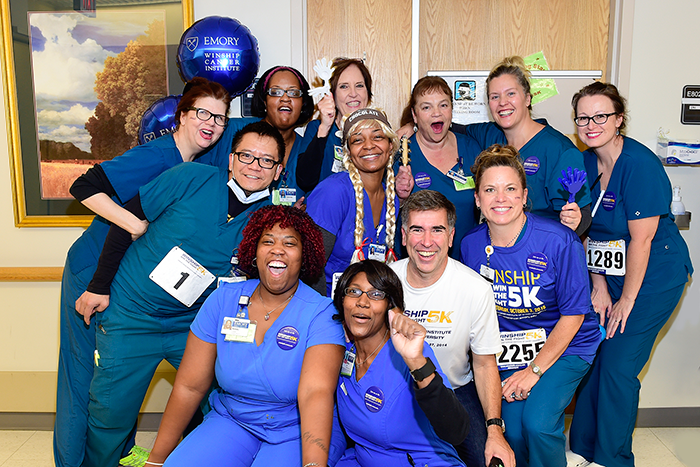 Although bad weather on Saturday forced the cancellation of the Winship Win the Fight 5K, cancer patients at Emory University Hospital carried on the spirit of the race by joining an indoor .5K around their units. They were cheered on by doctors, nurses, corporate sponsors and WSB TV reporter Mark Winne, who served as emcee.

Bad weather on Saturday forced the cancellation of the 5th annual Winship Win the Fight 5K, but Winship Cancer Institute patients being treated at Emory University Hospital carried on with the spirit and enthusiasm of the race indoors. Wearing hospital gowns and pushing IV poles, more than two-dozen patients and their caregivers participated in a .5K race on the sixth, seventh and eighth floors of the hospital.

WSB TV reporter Mark Winne served as emcee, and along with doctors, nurses and corporate sponsors from Cox Enterprises and Peach State Freightliner, cheered on patients as they completed 13 laps around each unit.

"Our patients show such courage every day and it was wonderful to see the smiles on their faces as they made something special out of their own Winship .5K," says Walter J. Curran, Jr., MD, Winship's executive director. "We were very disappointed about cancelling the outdoor Winship 5K event, but the safety and well-being of participants is our number one concern."

Despite the change in plans, supporters raised a record amount of money for the Winship 5K with the total closing in on $750,000; donations can be made up until Nov. 16. The money will fund new cancer research projects at Winship, Georgia's only National Cancer Institute-designated cancer center.

Registered race participants who have not already received their event shirts can pick them up at the Winship Patient and Resource Center (1365C Clifton Road, first floor) at the following times this week:

Complimentary valet parking is located on Uppergate Drive. Race participants who live more than 30 miles from Emory can have their shirts mailed to them. Please email pam.mcadams@emory.edu to request mailing.